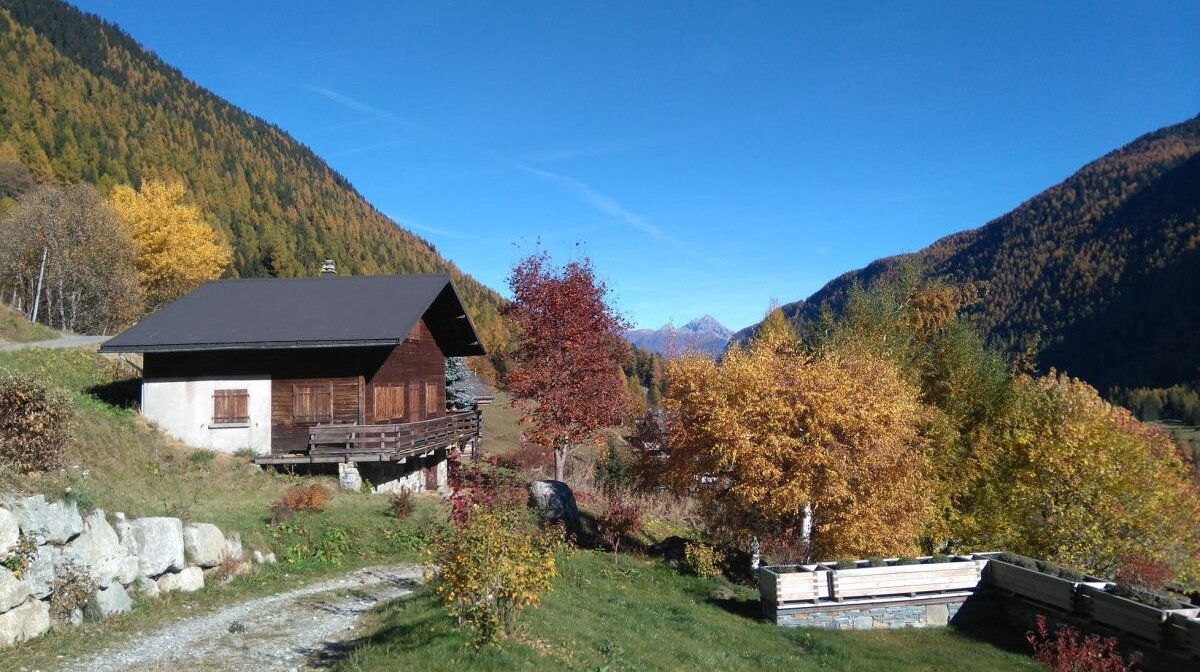 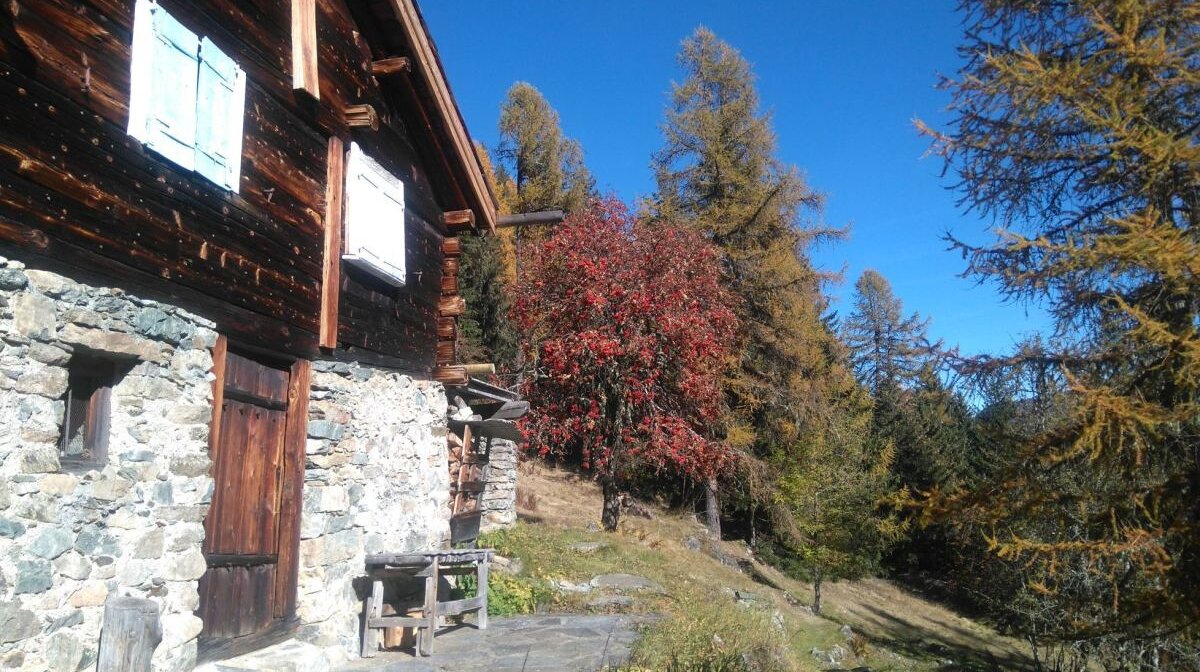 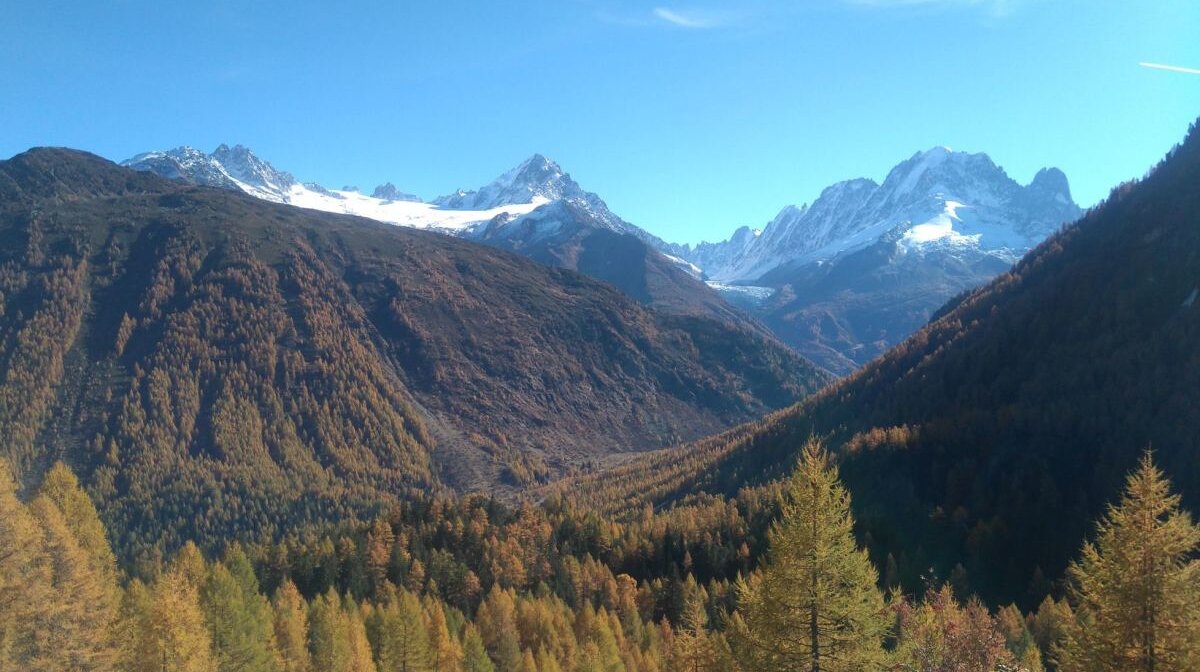 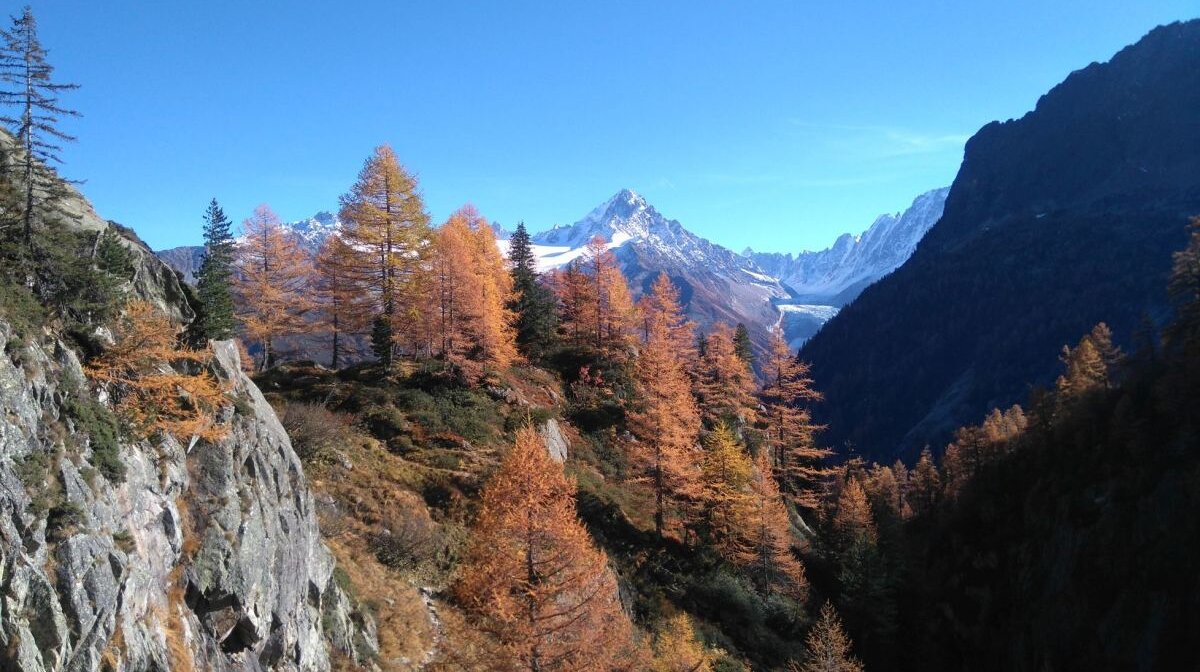 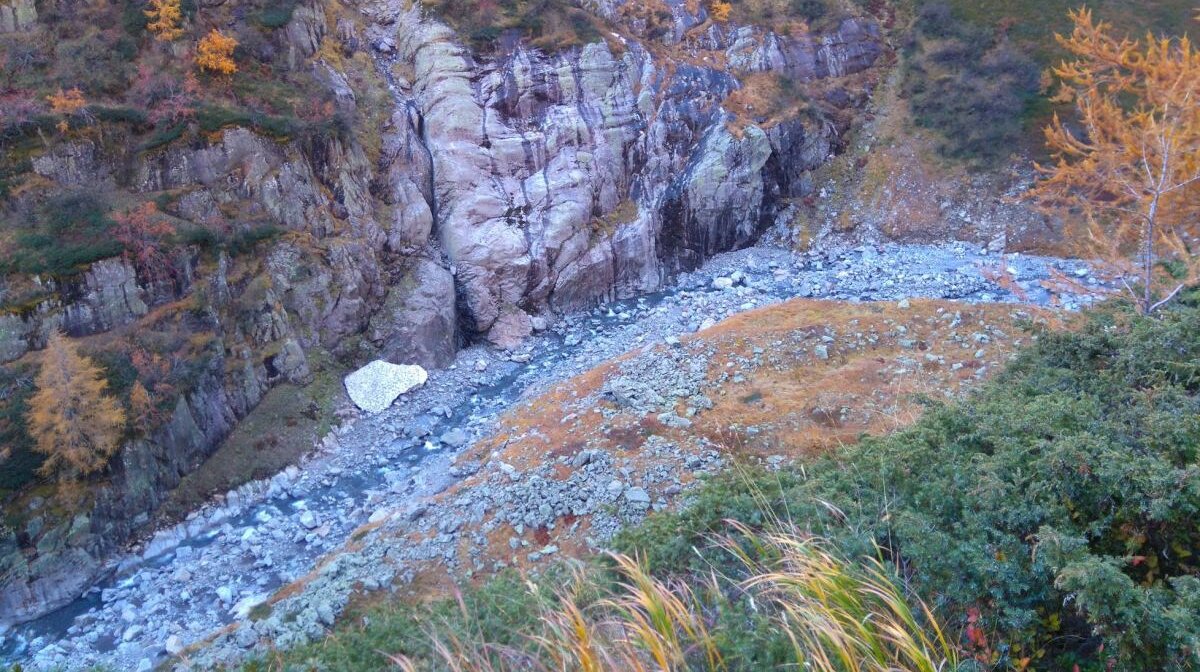 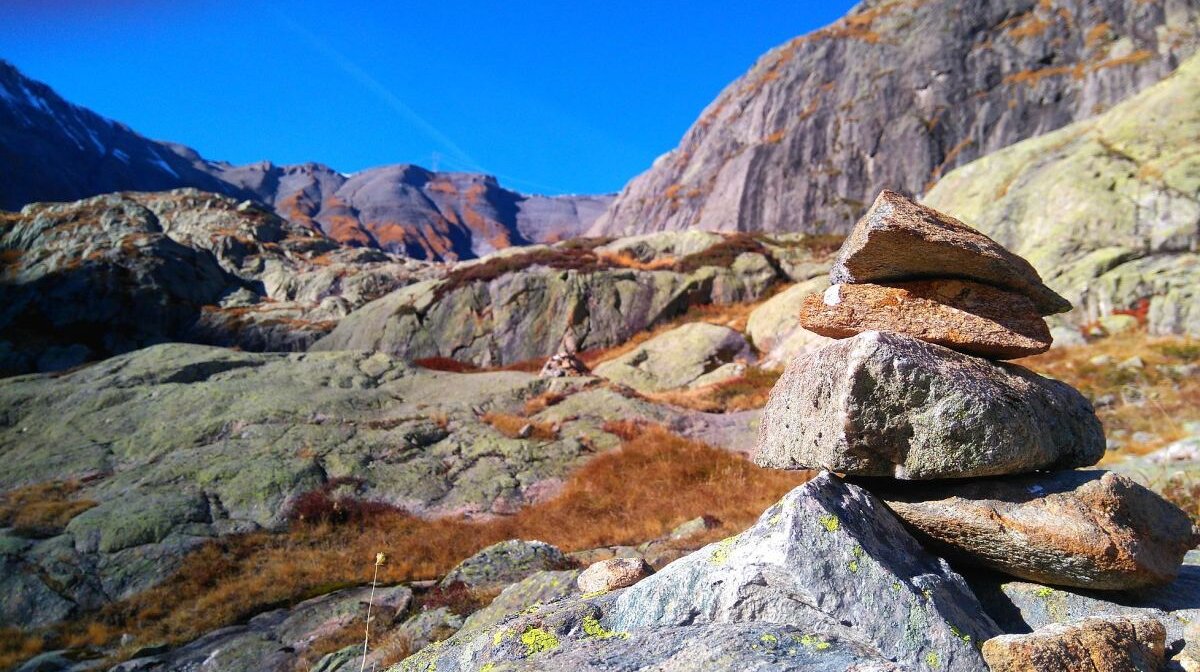 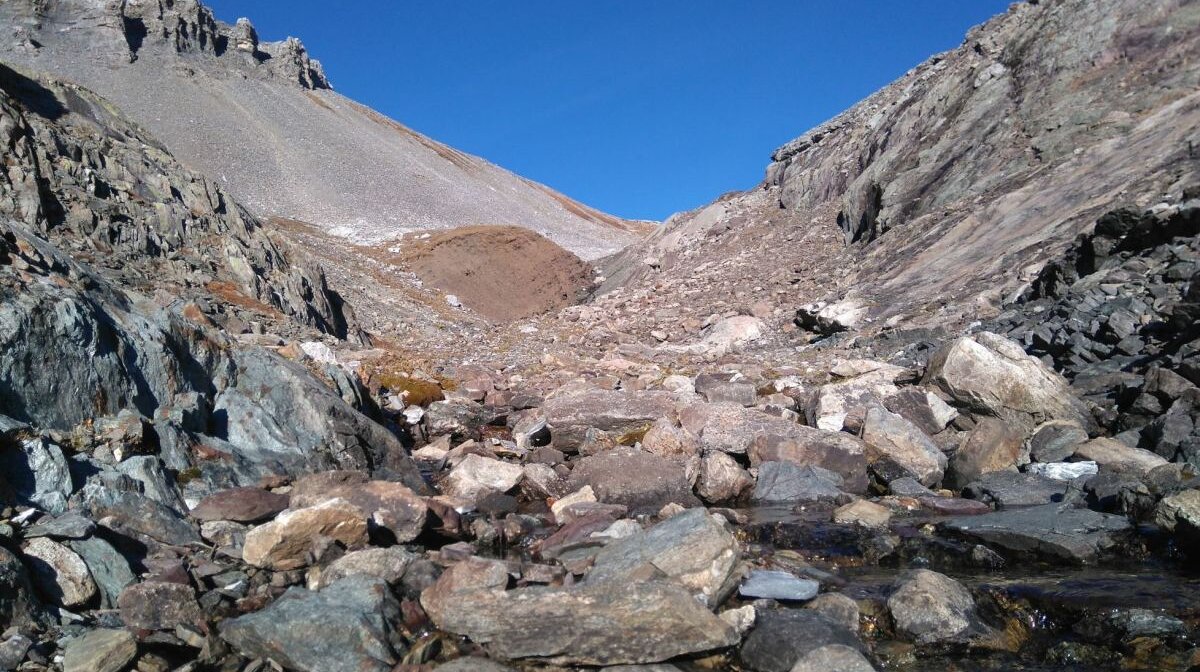 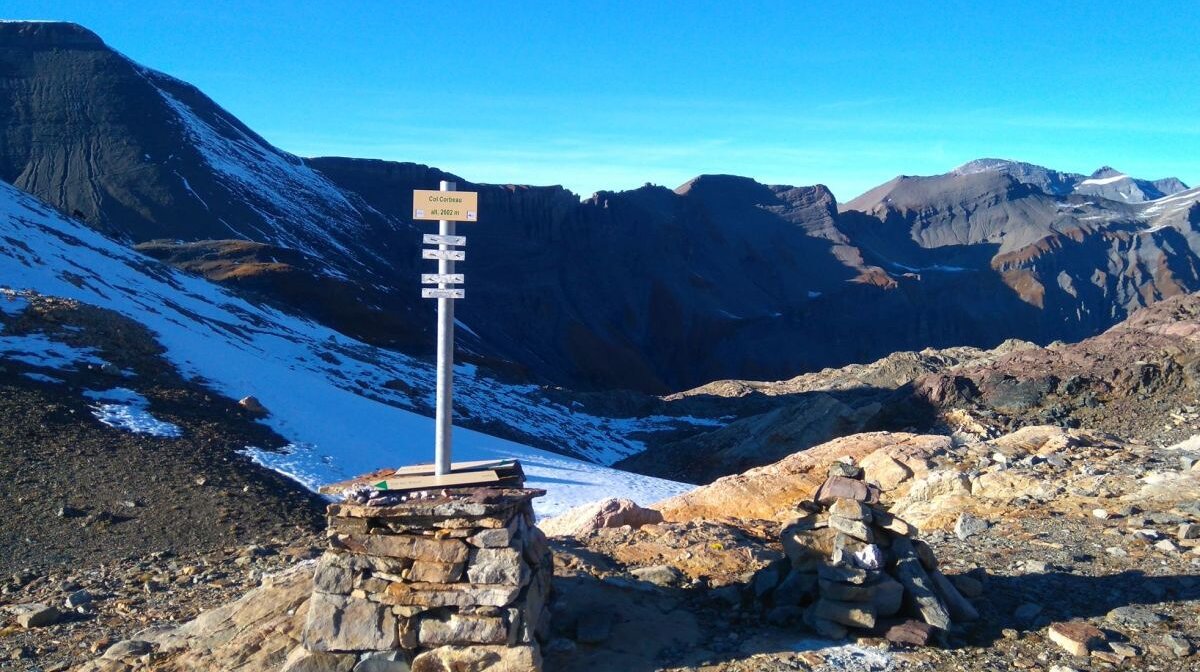 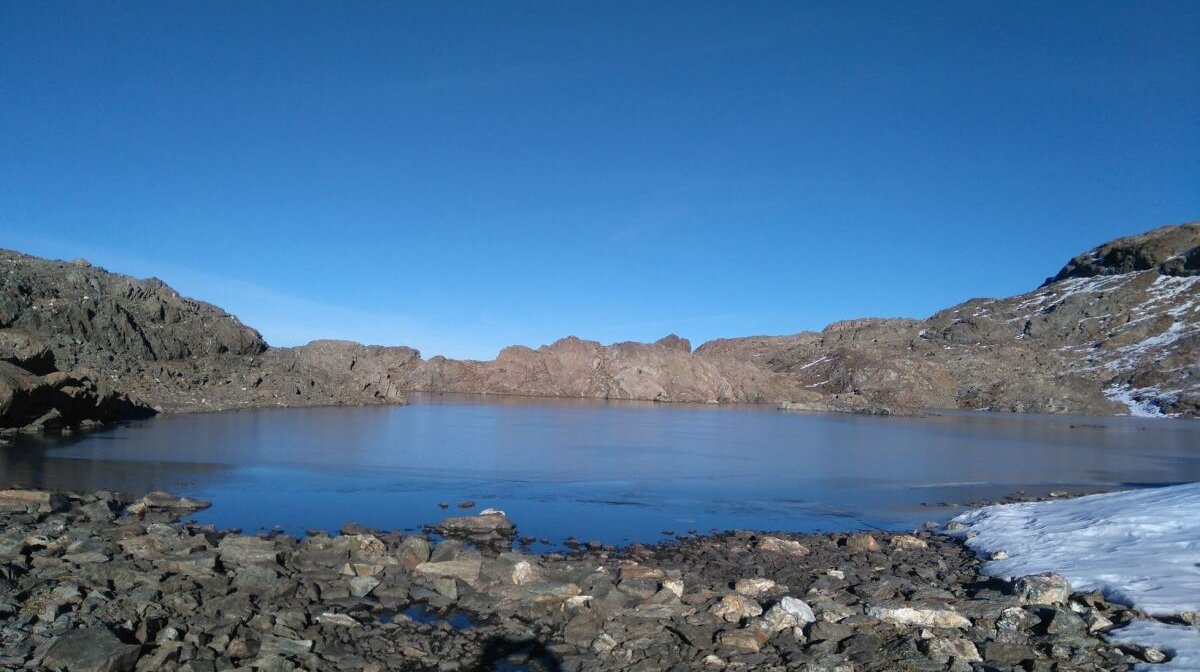 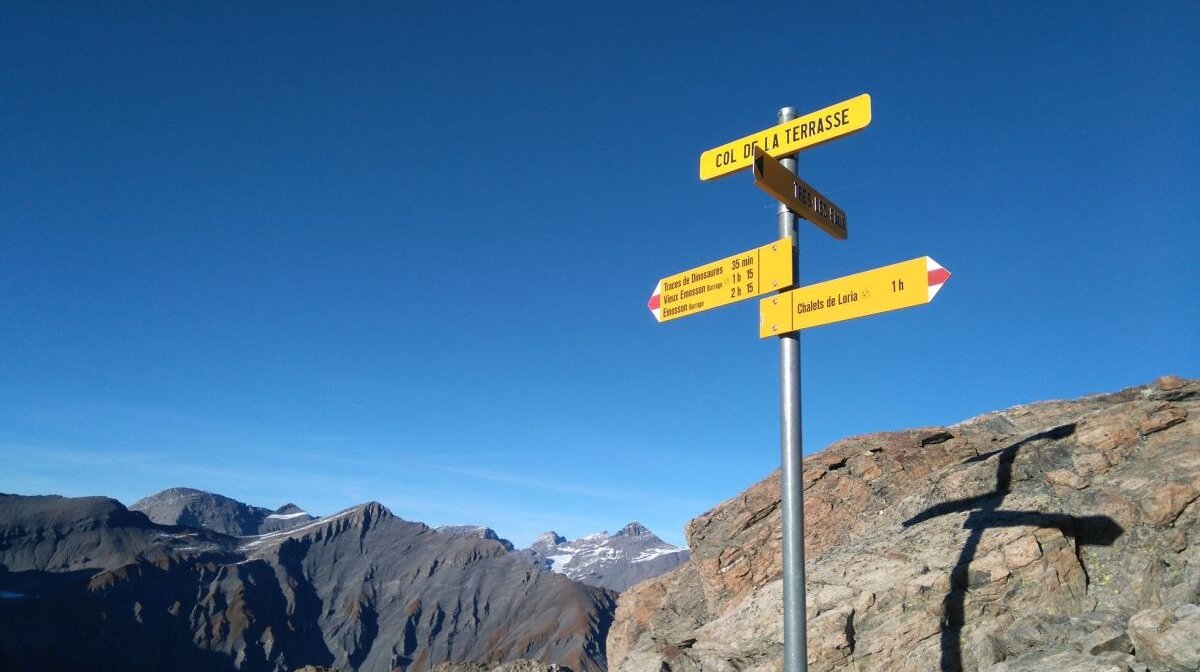 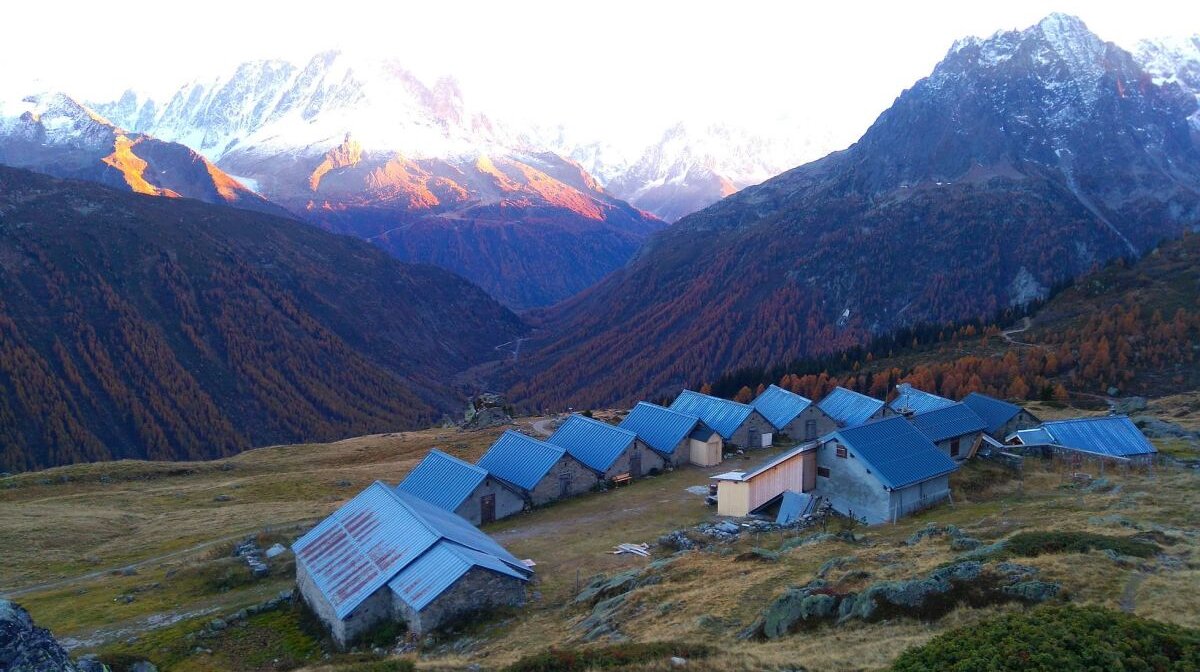 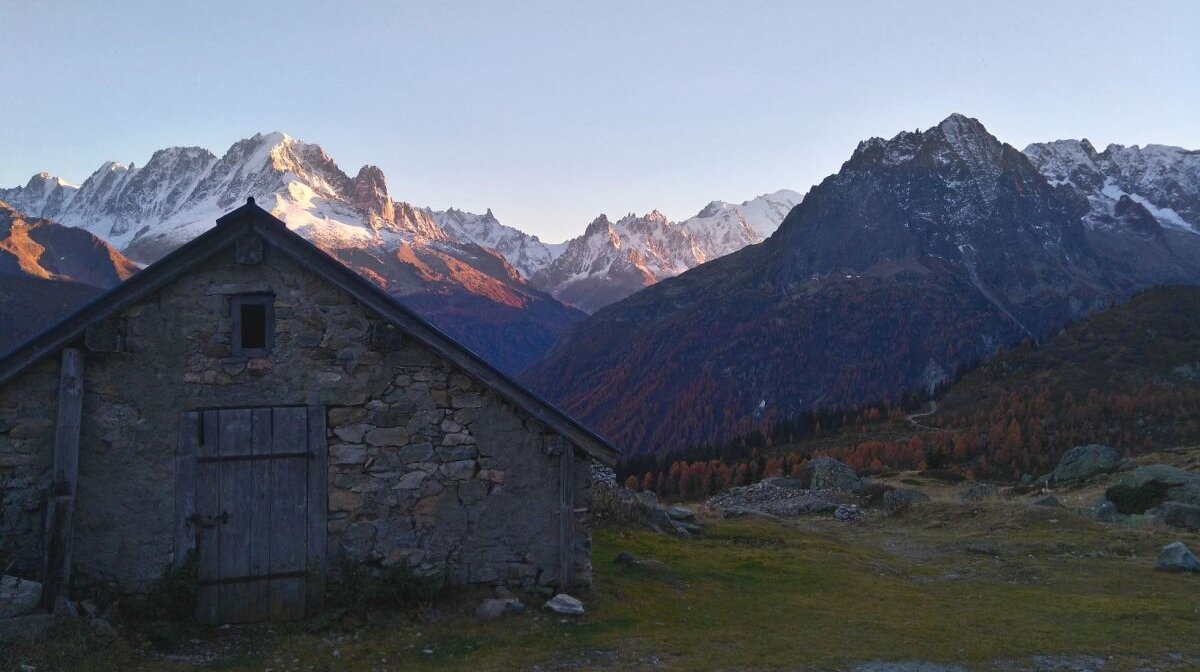 Setting off from the pretty village of Le Couteray, in between Le Buet and Vallorcine

Looking across the valley to the snowy peaks opposite

Looking back from Tre-les-Eaux across the valley

Looking down into the gorge at Tre-les-Eaux

Sun beginning to set over the Loriaz chalets

This hike at the Vallorcine end of the valley is worth setting aside a full day for, as there are so many beautiful spots along the way to enjoy a picnic or just to take in the view.

Given that this hiking route is a loop, it can obviously be done in either direction. The start point is Le Couteray in between Le Buet and Vallorcine and the highest point is the Col de la Terrase, a stunning vantage point right on the Franco-Swiss border at 2650m.

Setting off from Le Couteray, follow signposts to Les Granges and Loriaz rather than directly to Tre-les-Eaux. The route starts on a 4x4 track climbing up through the picture postcard village of Le Couteray and into the forest, where you'll soon come to a signpost directing you onto a smaller path to Les Granges. After a while you'll come to a small cluster of pretty little wooden chalets perched in a clearing that looks out across the valley - this is Les Granges. Carry on through and take the higher path until you come out of the forest and above the treeline.

From here the path starts to ascend a bit more steeply and becomes less obvious - look out for red blobs of paint on rocks to reassure you that you’re heading in the right direction. After a while you’ll come to a rocky section that brings you beneath the cliff-like edifice of the Cornes de Loriaz; there’s a bit of light scrambling involved with bolted chains to hold onto. From here it’s a beautiful traverse along a narrow path that skirts around the mountainside, with quite a steep drop to your left so don’t let yourself be too distracted by the view.

One of the best things about this route is that you don't spend too much of it amongst the trees - you get great views across the valley and a sense of being really remote from the usual trails. You can see across to the Le Tour and Argentiere glaciers, as well as Les Grands Montets and Le Drus before the path swings around to the right and drops into the Tre-les-Eaux valley.

After a while you’ll come to a split in the path and Tre-les-Eaux is signposted to the right. From here there is a bit of a descent and more scrambly bits with chains before you enter the valley. The path runs high above a mountain stream, dropping gently down to bring you to the edge of it; at certain times of the year the river bed can be completely dry in places. Meander along a bit further and you’ll come to a series of the little streams and waterfalls trickling down the mountainside on your right. The Tre-les-Eaux valley continues roughly until you've passed the last of the waterfalls and come to the entrance of the gorge. There are no signposts though, so it is a bit ambiguous.

The next section takes you across some boulder fields and through some marshy ground that can become boggy in places. There are no signposts, so keep your eyes open for red paint on the rocks - this is also few and far between though! The best bet is to keep following the cairns that previous hikers have built - they're easier to spot and fairly frequent.

As you get higher, the terrain becomes a bit tougher and more scrambling is required. There are some short descents but overall you'll find yourself being channelled upwards towards the col; as you get closer the path follows a ravine that has a small river flowing down the centre of it. Again, signage is a bit scarce so just keep following the river until you clamber around a rocky outcrop to reach the Col des Corbeaux at 2602m. From here the Col de la Terrasse is just 15 minutes away, via an idyllic bowl with one of the most beautiful and solitary mountain lakes in the area. At this point, you are over the border and in Switzerland.

Reaching the Col de la Terrasse is a much less strenuous affair and the route is more clearly marked, this time with blobs of yellow paint - the cairns are still useful as a reference point though. The route only ascends about another 50m or so, to reach your highest point at the Col de la Terrasse.

From the col, you can see the Loriaz chalets sitting in a neat little row beneath you. The signpost says one hour but they look a lot closer than that. However... the first half of the descent is a potential ankle-breaker if not taken carefully. The route is extremely steep and rocky with lots of loose stones underfoot and tight turns; it then becomes a scree slope that holds the snow for much of the year and is very difficult to keep your balance on. It is also quite hard to see where the yellow paint is, so a lot of time can be wasted skidding and sliding in the wrong directions if you don't take care.

Once you've got past the scree the rest of the path is a pleasant trail that twists its way through heather and bracken to reach the little cluster of stone huts at Loriaz; this charming place is worth a hike up to even if you’re just going to come back down the same way.

From here Le Couteray is signposted as being just an hour and a half away and the path feels so easy compared to what you've just come down! The route is very easy to find and takes you down a lovely forest track that swoops gently down through the trees and past the waterfall at Nant de Loriaz. Look out for the sharp left turn that will take you back to where you started at Le Couteray.

Sections of this route can be snowy in spring and autumn - if in doubt, check conditions at the Office de Haute Montagne before you set off.

Allow plenty of time for this hike - it can be done in as little as 6 hours but many sections are technical and weather dependent. The route is remote and you don't want to find yourself stuck up there at nightfall.

This hike is best suited to experienced hikers who have a good head for heights and are happy to do some scrambling over challenging terrain.

Depending on the weather you might need hiking crampons (the stretchy kind that fit on over shoes or trainers) and hiking poles to traverse any snowy patches. Otherwise just the usual essentials that you'd take on a long hike - food, drink, extra layers of warm/waterproof clothing, hat, sunglasses, map, fully charged phone, etc.

Take a picnic, there are plenty of lovely spots to sit and relax. If the refuge at Loriaz is open then you can buy food and drinks there, but check before you set off.

This hike sets off from the pretty little hamlet of Le Couteray, in between Le Buet and Vallorcine. If you’re driving you can park at the start of the hike; just look out for the signposted turn-off for Le Couteray on the left shortly after Le Buet train station and keep driving until you come to a small car park beside the road. If you’re on public transport then take the train to Le Buet and walk for about 10 minutes to reach Le Couteray.