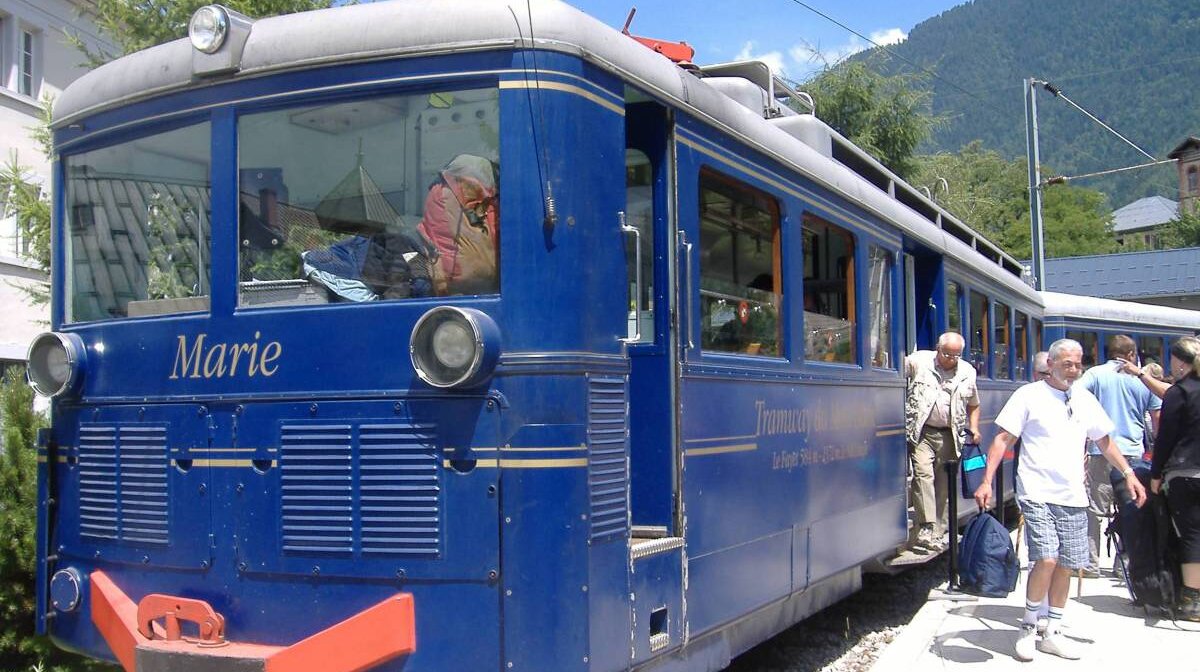 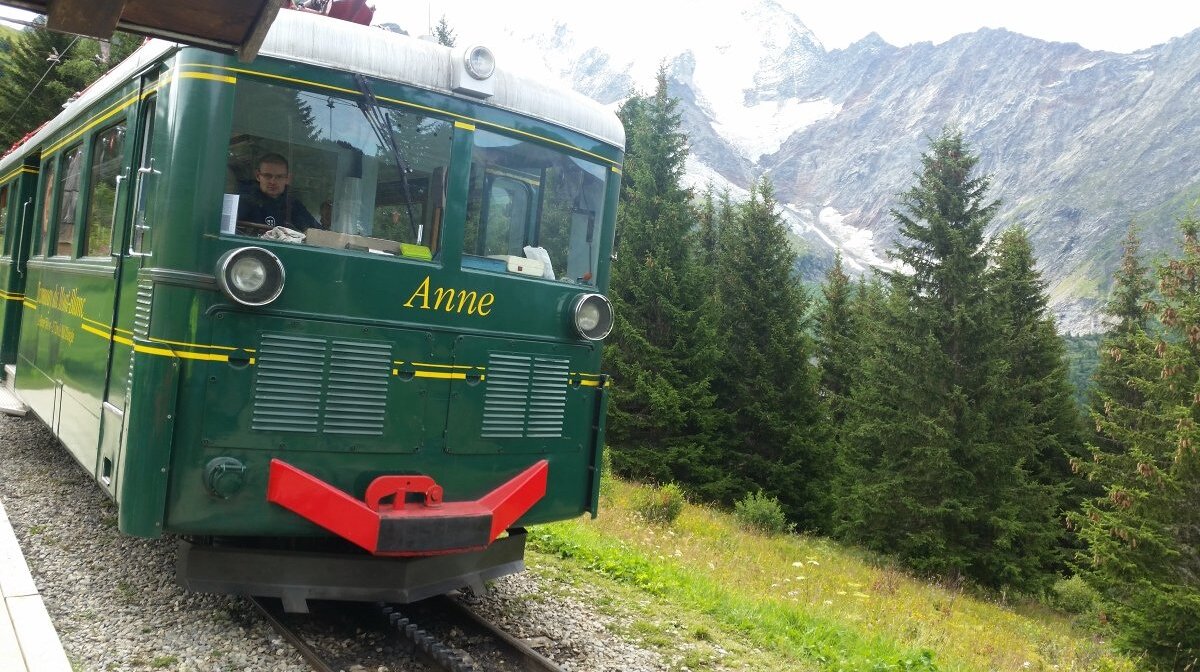 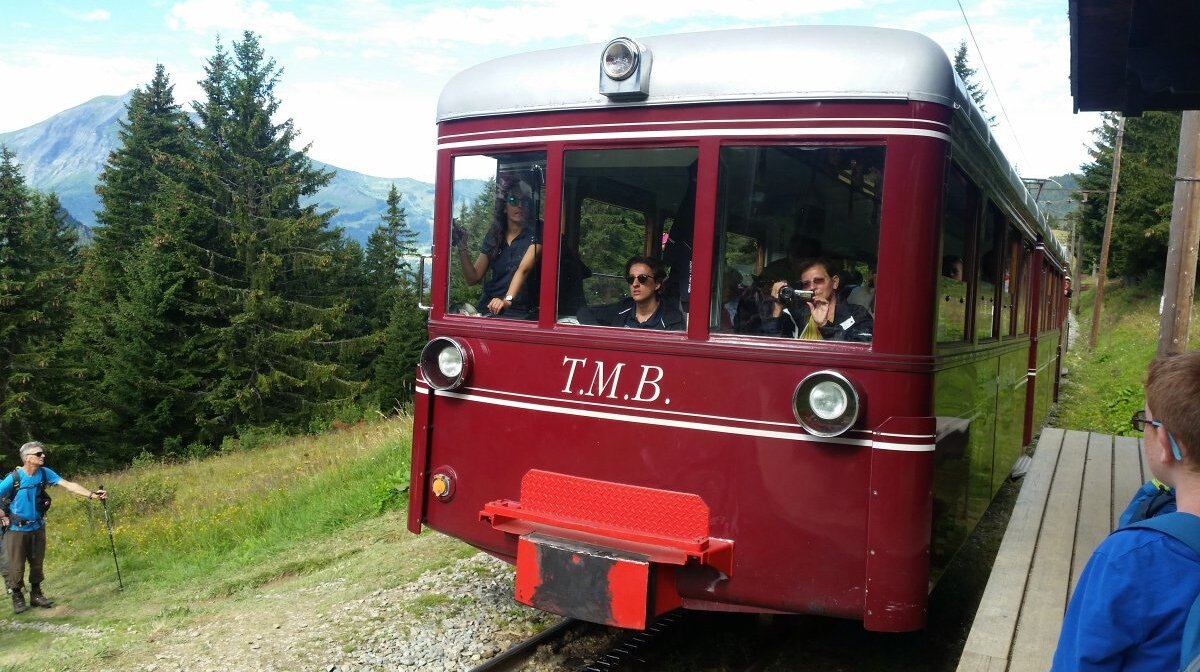 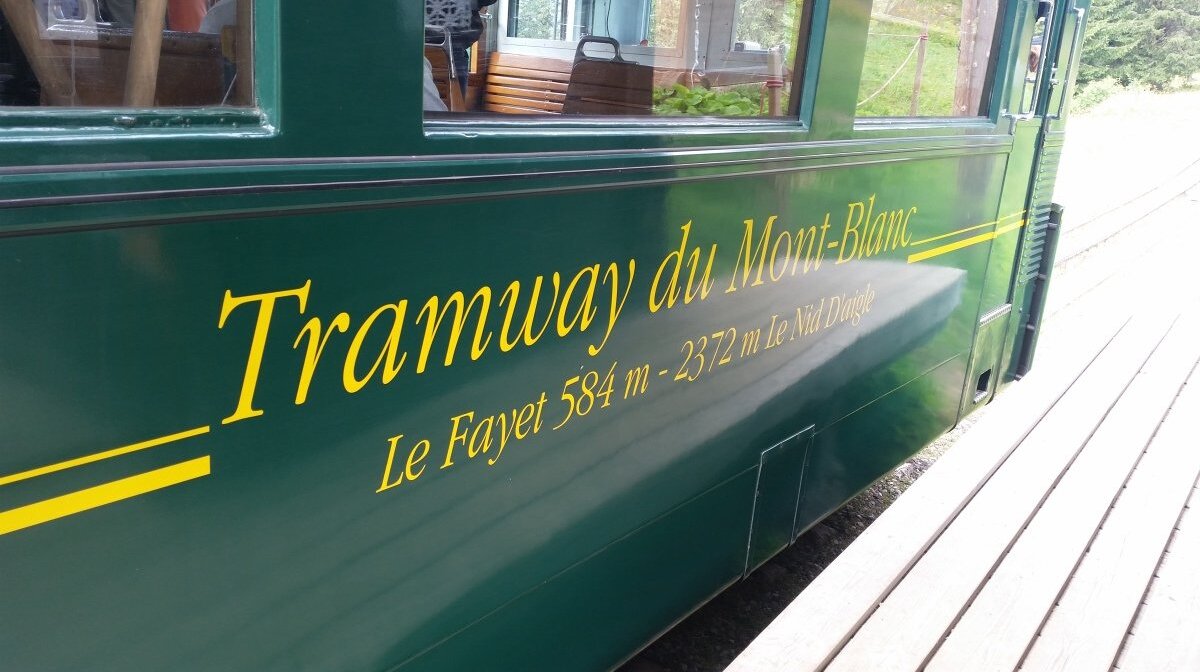 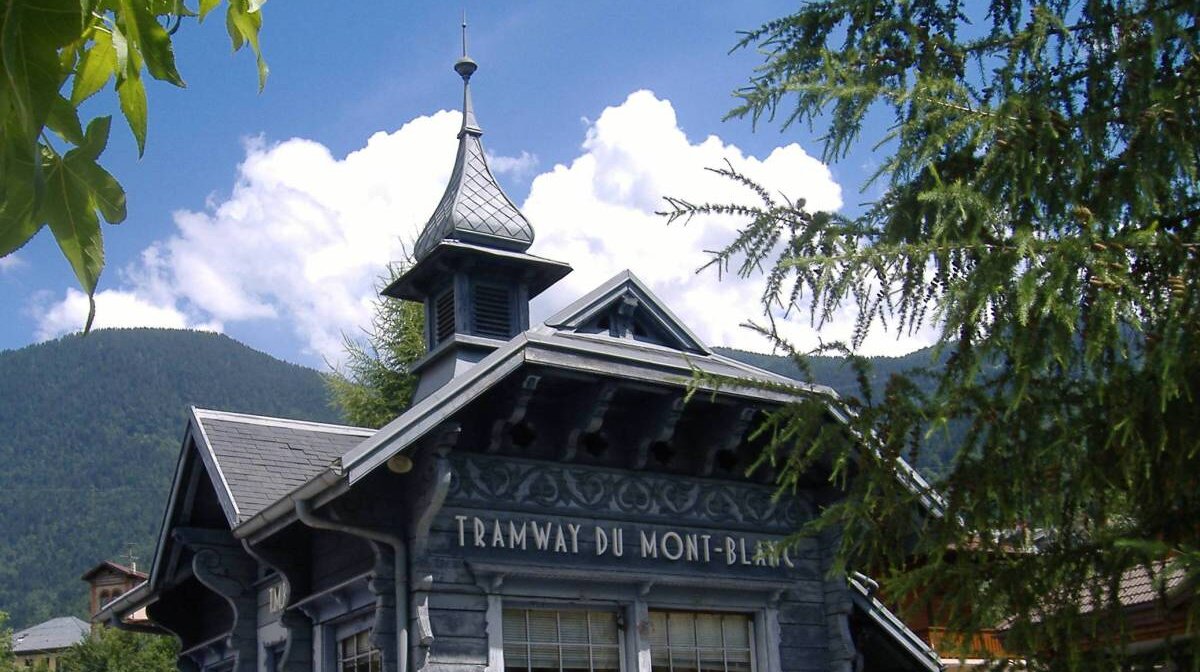 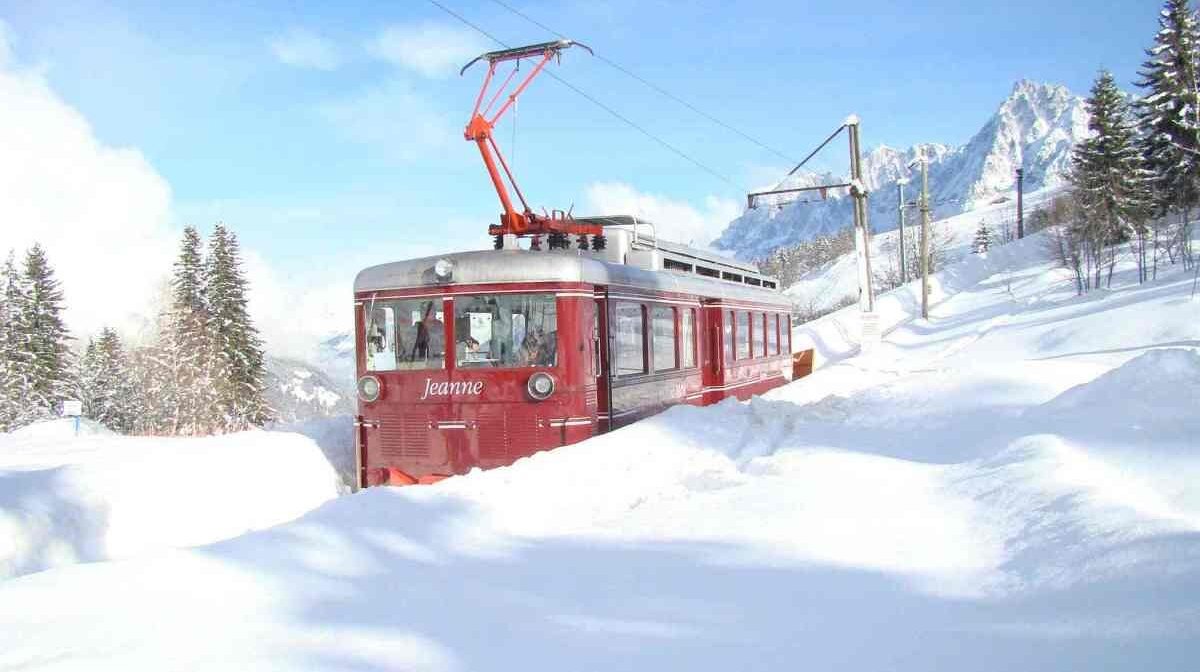 The Tramway du Mont Blanc runs from the bottom of the valley in Le Fayet all the way up to the Nid d'Aigle at 2,380 metres, above Les Houches.

The rack and pinion train stops four times before getting to the end of the line at the Nid d'Aigle (eagle's nest) viewpoint, from where you get a fabulous view of the Bionnassay glacier, the beginning of one of the mountaineering routes up Mont Blanc.

The journey up from St Gervais Le Fayet takes around an hour and a quarter and allows you to climb from 580m up to 2,380m at its final stop. You'll have the pleasure of being in one of the retro tram carriages named Anne, Marie or Jeanne, after the daughters of the owner of the site.

There are a number of lovely hikes in the area and mountain bikes are permitted on the tram subject to space. During the winter, the train stops at Bellevue and provides access to the Les Houches ski area.

Take a look at the timetables for summer & winter.

You can join the Tramway du Mont Blanc either down in St Gervais or in Les Houches. In Les Houches take the Prarion gondola up and walk left across the top of the hill in the direction of the Bellevue lift and Mont Blanc. The train stops at the Col de Vosa, the Bellevue and the final stop is the Nid d'Aigle where you'll see a lot of mountaineers re-joining the train or getting off to climb.

Take a look at all the summer lift opening dates and timetables.

How to get passes

You can buy lift passes at the ticket office once you arrive, or buy a pass in advance on line. See all the Summer Lift Prices and if you're not sure which pass to buy, read our Guide.

Find your way around with our maps for summer hiking & walking or the mountain biking and read more about even more Summer Activities in Chamonix.