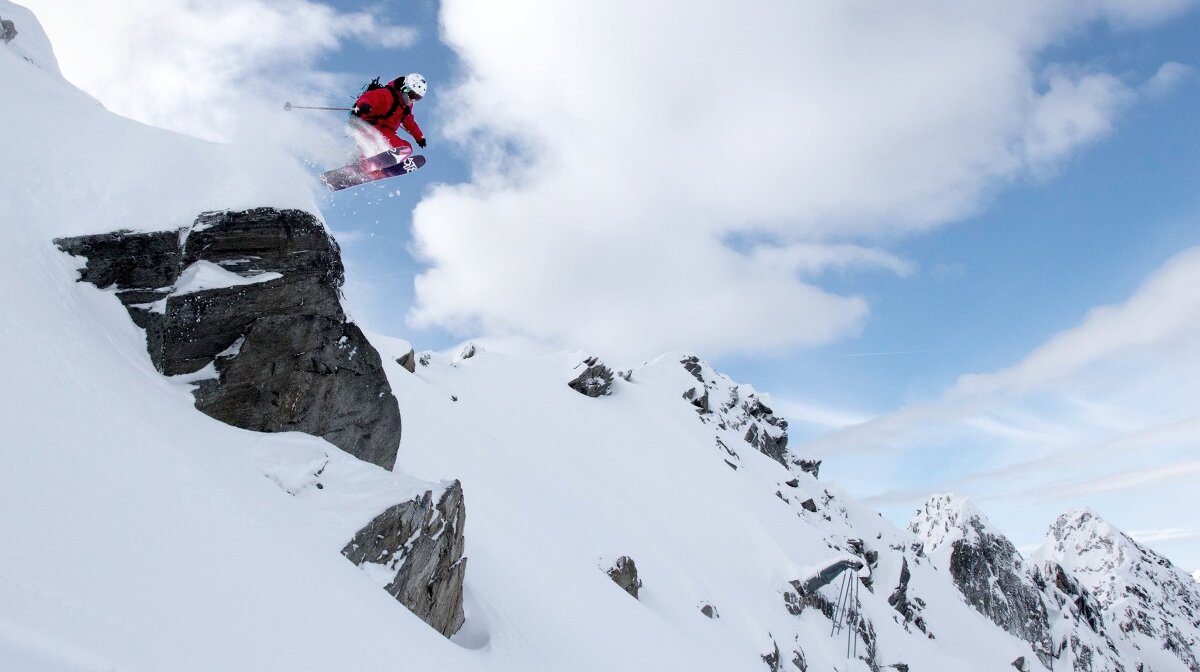 Grands Montets is the home of steep and deep challenging pistes in Chamonix; with the highest point being 3,275m at the top of the Grands Montets cable car, you can make your way all the way down to 1,252m at Argentière.

For one of the best options, head to the very top taking both cable cars up from Argentière. From here there are two marked runs that you can take, either: Point de Vue, which heads around the back of Les Grands Montets and skirts by the side of the Argentière glacier; or across to the front of Les Grands Montets on Pylones. These runs are graded black and are not bashed so can develop moguls if it hasn’t snowed for a while, coupled with the steep gradient they’re guaranteed to give you a good workout.

If you fancy a slightly shorter version of this route you can stop at the cable car mid station at Lognan instead of going to the valley floor. However, it’s worth doing the full descent if you want to make the most out of these runs. If you follow Point de Vue, you’ll have the bonus of some truly stunning scenery as the run takes you very close to the amazing seracs and crevasses on the ice falls of the Argentière glacier; sometimes you’ll spot ice climbers going up these vertical walls. As the run briefly flattens out on its way back to Lognan take a right turn onto the red run Variante de l'Hotel.

If you are following the Pylones run at the front, just as you get to the top of the Herse chairlift, take a skier’s right onto the black run Blanchots (unbashed but marked) which leads to the Variante de l'Hotel red run and the Chalet Refuge de Lognan. You’ll notice the Chalet Refuge de Lognan (on old stone building that serves fantastically good lunches) on your right, just above the tree line. It’s a good place to stop to rest those weary legs, but if you’re feeling strong carry on down the Variante de l'Hotel run, which is similarly unbashed and again can be home to huge moguls. This run through the trees leads onto the Pierre a Ric, which is the final run down to Argentière. Pierre a Ric is normally well groomed and will allow you to let rip for the last part of the descent. When you reach the bottom you’ll have clocked up just over 2,000m of vertical.

Another favourite of ours at Les Grands Montets when we want something steep and fast is the Chamois piste in the Combe de la Pendant. This run begins just off the top of the Bochard gondola; take a left after the top narrow section and head along the cat track and you’ll be standing at the top of the piste. What we love about this run is that it’s often pretty deserted and well groomed so you can really fly down it without too many distractions from other skiers and boarders. The run has one or two quite steep sections that can be a little icy so you’ll need to keep your wits about you. You may find a few mogulled sections on this run too to keep you on your toes.

Lower down you have two options, either: head under the bridge back to Plan Joran; or carry on in the Combe de la Pendant to the Retour Pendant chairlift. If you do this run down to the bottom of the Retour Pendant you need to head onto the blue run Arolles, but if this is too flat for you then head straight down the off-piste moguls that you’ll find between this zigzagging piste. If you head under the bridge, keep your speed up as this flat connecting section can leave you walking to the bridge if you don’t go full speed. All in all it’s not as long a descent as the one from the top of Les Grands Montets, but it’s still one of the most testing runs in the valley!