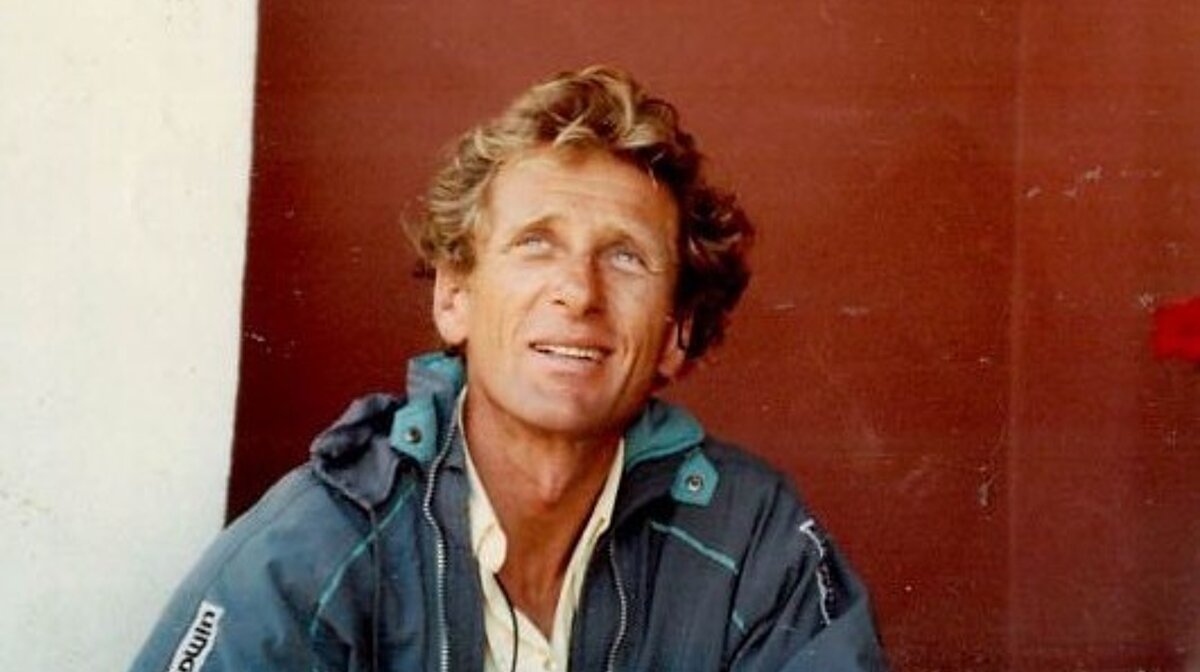 When most of us think about a career in the French Alps we can only dream of being a top Chef, daring rock climber or talented mountain guide...but imagine being all three! Chamonix born Jean Marie Olianti is just that, a mountain guide who is a member of the Compangie des Guides, a well experienced and skilled rock climber and skier, and he has also been a chef at the prestigious and influential Le Gavroche restaurant in London.

Tell us a bit about your career...

I was born in Chamonix but my family settled in Faverges near Annecy, later on for job opportunities.

First of all I never finished school, I never went to high school. I worked in a steel factory in Ugine for a while before undertaking a cooking apprenticeship in Thonon at the Ecole Hôtelière Internationale Savoie (one of the foremost hotel and catering schools in the World).

After graduating, I started a career in cookery although I knew already that I wanted to become a mountain guide.

What have been your biggest climbing achievements to date?

I have climbed many mountains over the years, including several ascents in Africa of Kilimandjaro & Mont Kenya. In South America, Aconcagua and in Europe, the Matterhorn - it’s a mountain that I have climbed several times and that I like a lot.

But technically, it was here in Chamonix that the climbs were there hardest, for example climbing Les Drus.

Do you still have a bucket list for mountaineering? Any mountain, countries or continents in particular?

Not really, I think I’ve accomplished most of what I wanted to do - I’m too old for long & difficult expeditions. To be honest, today I’m rather interested in paragliding or technical rock climbing. Nothing in high altitude. I don’t have any expeditions planned, although I would love to take my family up Kilimanjaro. My only regret is not having spent enough time climbing and skiing with my kids, I could have taught them a lot.

If you can have climbed with someone from the past who would it have been and why?

If you could live anywhere else in the world other than Chamonix, where would it be and why?

Morocco or Cape Town would be great but probably Annecy. I like Annecy for its proximity to the mountains and the lake.

You have had an interesting career, in the past you've worked with a number of Michelin starred restaurants and with the Roux brothers, tell us a bit more about that?

Indeed, I’ve worked for several Michelin-starred restaurants but I already knew back then that I was attracted by the profession of mountain guiding. It was interesting but in order to have a really good career in this field you need to be well known nationally or internationally.

In fact, I met many great chefs and I am still friends with some of them. I worked with the Roux Brothers for 3 months in 1969. I was a great experience, I learnt a lot even in such a small amount of time. They were the first chefs to have a 3 Michelin starred restaurant in the UK (Le Gavroche).

Today, I’m grateful I went through with my apprenticeship and I still enjoy cooking for my family and friends.

Going back to your current job as a mountain guide, what are the best bits about it?

Well, first of all it’s an interesting way of earning a living, you travel a lot and you meet great people on the way, you get an incredible vision of the world. It’s a profession I have always loved practising. Being outdoors & exercising. Skiing at a high level. The satisfaction of achieving something. Reaching the top of a mountain is an incredible sensation.

And what are the worst bits about it?

Well, people are not always tolerant and sometimes they don’t seem to understand the risks that can occur in the mountains. Clients expect great results, which is sometimes difficult to bear with.

You need to be in great shape, you can’t make mistakes and you constantly have to be attentive. You evolve on dangerous grounds so it your responsibility to keep clients safe. The ultimate goal is to bring them back safe and sound.

A little bird told us you were in involved in a James Bond film?

Indeed, I worked for a James Bond movie - The World is Not Enough with Pierce Brosnan. But I was in charge of security, I did not appear in the film. They offered me the job because I was an experienced mountain guide and also qualified in avalanche control and to trigger avalanches. I was hired for this purpose and in order to secure some of the sites where the movie was shot. I was hung a couple times below a helicopter to retrieve pieces of a flying machine that had crushed in the forest.

Overall, I was mainly responsible of the safety of the cameramen and the visitors.

Where is your favourite place for lunch or dinner in Chamonix?

Neaoplis. I’m Italian myself. The atmosphere is lovely and the food is delicious. Very good value for money.

And finally what is your favourite thing to do when you are not in the mountains?

No more seriously, I like going to thermal baths. If they weren’t so far I would probably go more often. Very relaxing.

To find out more or to book Jean Marie as a guide then go to www.collineige.com/guides-en