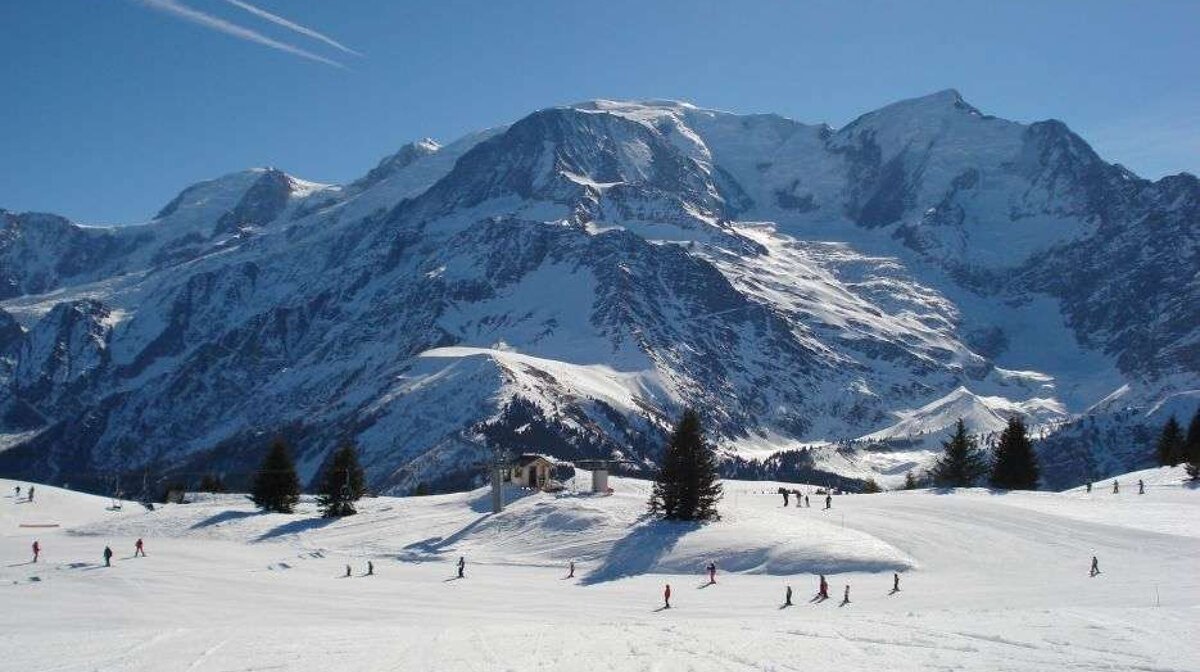 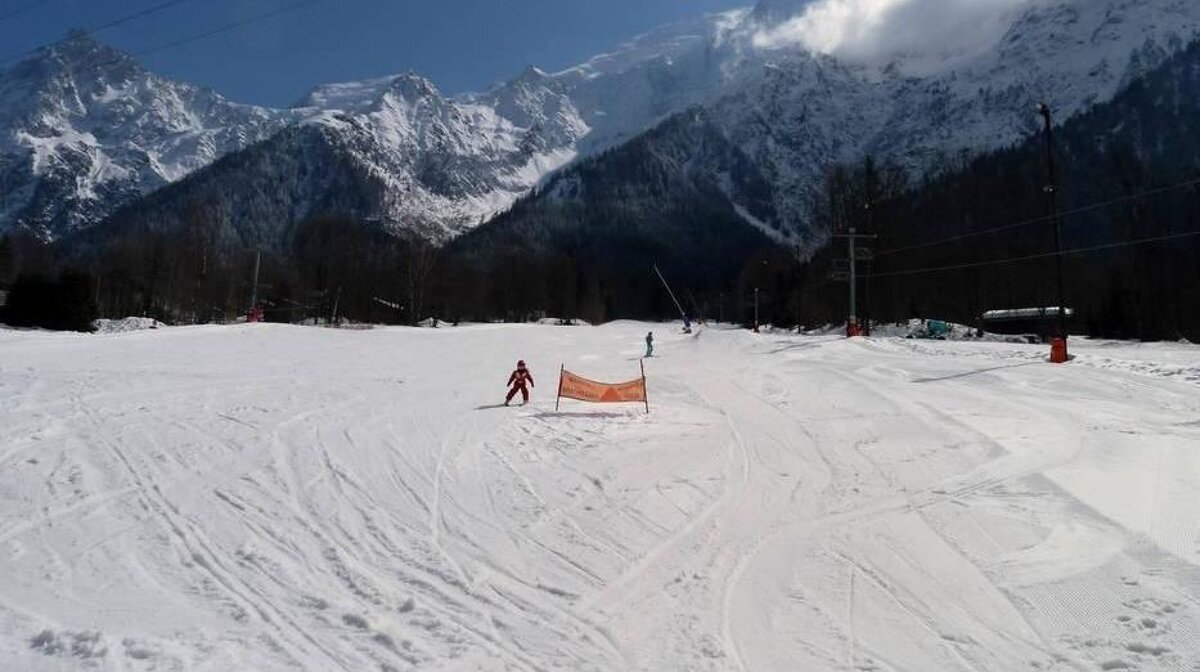 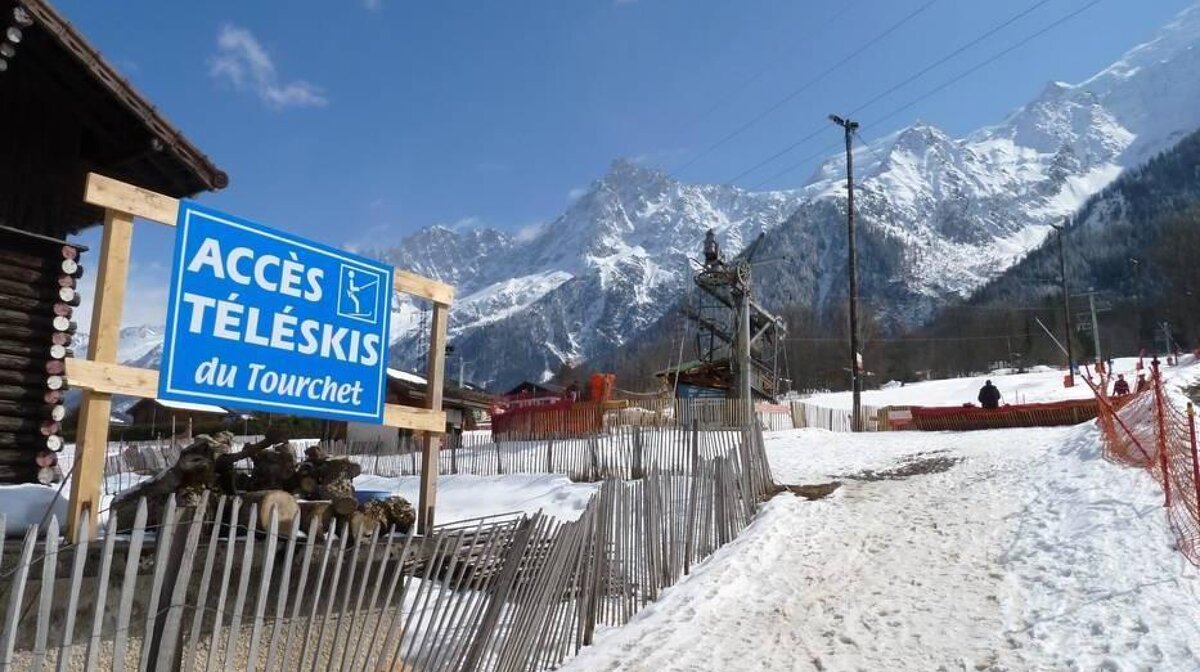 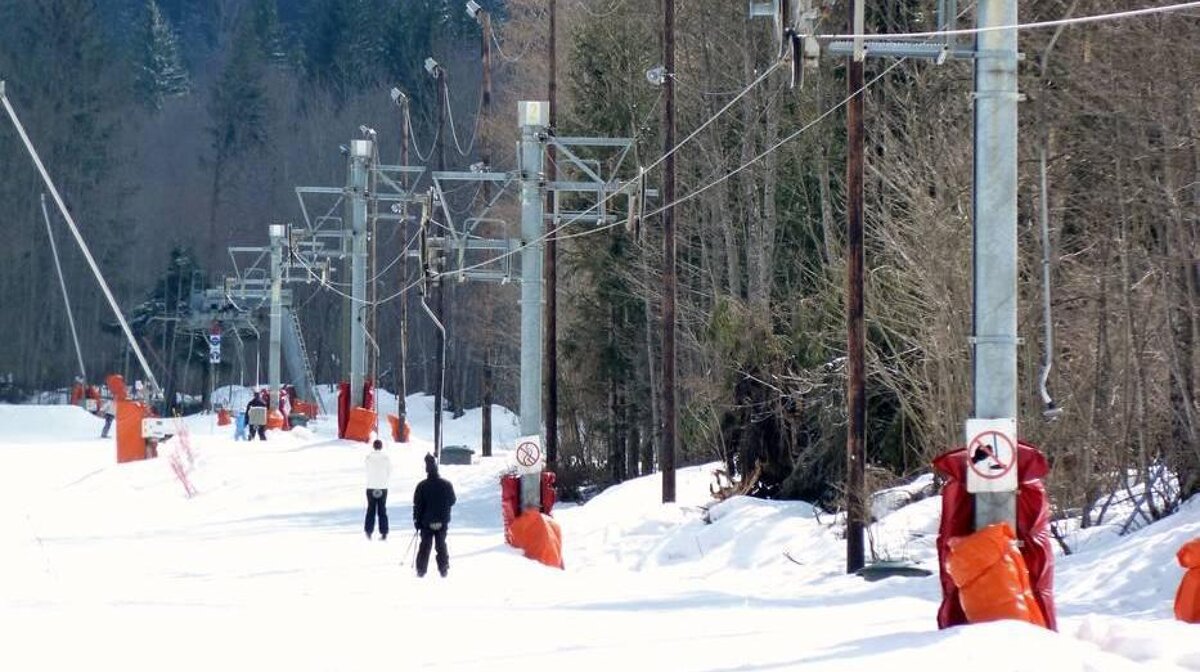 Les Houches is located 6km down the valley from Chamonix centre and can be reached easily by bus or by car.

It's an excellent place to learn how to ski or snowboard and is popular with families and beginner skiers as a result. With three designated nursery ski areas and 8 gentle rolling blue pistes higher up in the main ski area, it's great for those just starting to ski or snowboard, as well as those who want to improve technique on more challenging terrain. 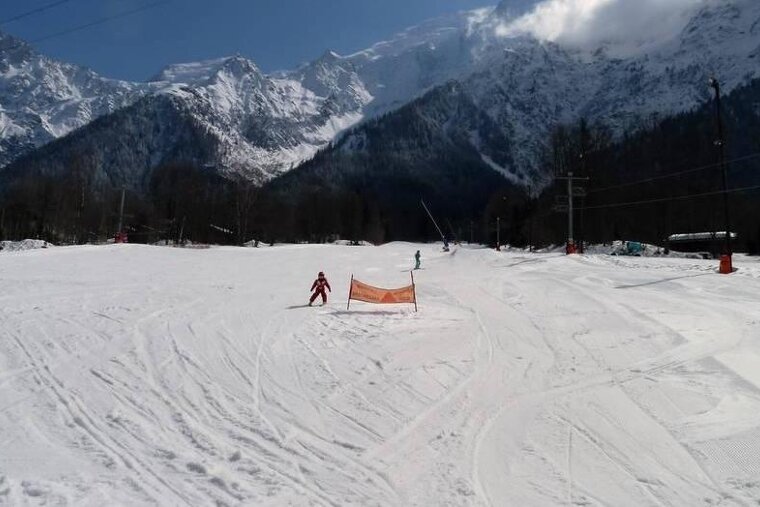 There are three nursery areas for beginners in Les Houches. One is in the village of Les Houches, and the other two are higher up in the main ski area.

Le Tourchet
Le Tourchet nursery area is located not far from main church in the centre of Les Houches, about 1km up the road from the Bellevue cable car. You’ll find two drag lifts and two pistes here on which to practice. The shorter drag lift gives you access to the lower part of the piste whilst the longer one takes you to the top of the ski area and allows you to get more turns in, before getting back to the bottom. The slopes have a very gentle gradient and are nice and wide, allowing you to make confident, large turns.

Look out for night skiing on the Tourchet piste - on certain evenings during peak season the slopes are floodlit and there is music and hot drinks at the bottom.

Les Houches
There are two nursery slopes at the top of the mountain in the main Les Houches ski area. The 'Mont Blanc' area is at the top of the Bellevue cable car and the 'Ecole' is at the top of the Prarion gondola. The Mont Blanc piste is the slightly longer run of the two and both pistes are served by their own drag lift. Ecole also has a slow-moving chairlift which you can use to practise getting on and off. The gradient at Ecole is incredibly shallow, so you might want to progress onto one of the nearby blue pistes once you've mastered the basics.

Head down the back side of the mountain to the Melezes chairlift which takes you to a variety of wide blue pistes. These slopes tend to be slightly quieter than other areas in Chamonix valley, making them great for beginners to practise on. A word of caution - don't go any lower than the bottom of the Melezes lift as you'll end up on a red piste and the only way back up is an incredibly long and difficult drag lift. When ready to return home, you can ski blue pistes all the way back to the bottom of both the Prarion gondola and the Bellevue cable car. 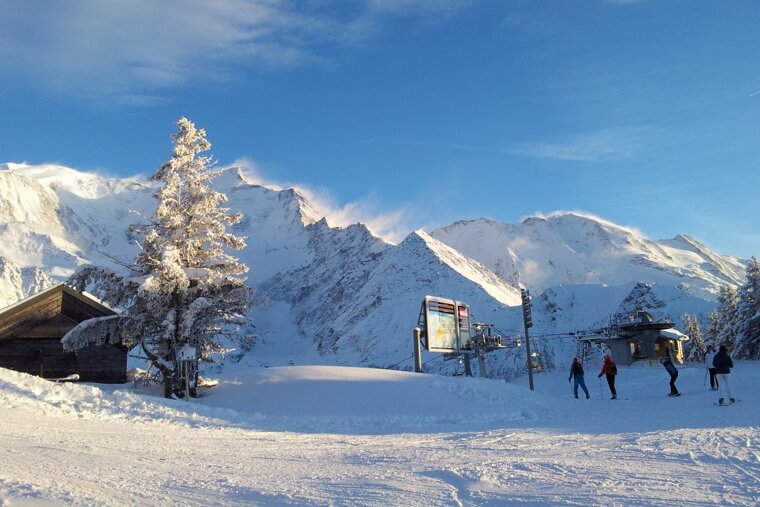 If you're joining a ski school as a complete beginner, you will probably start off in the nursery areas where you can buy a beginner ski pass for a minimum of 4 hours or 1 day at a time. There are different prices for each of Chamonix's beginner ski areas which you can find via the link below.

If you're a skier looking to progress after having already learnt the basics, you can buy a ski pass for the mid to high mountain ski areas from as little as 4 hours. You should consider buying a 'Chamonix Le Pass' ski pass rather than the 'Mont Blanc Unlimited Pass.' The Chamonix Le Pass pass is valid for Brevent-Flegere, Grands Montets (but not the summit lift), Le Tour-Vallorcine, Vormaine, Chosalets, Savoy and Planards. 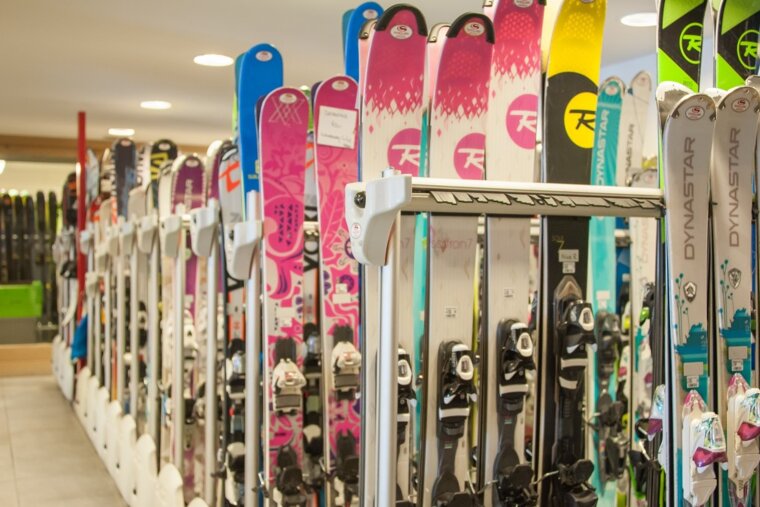 Pre-booking your ski hire in advance allows the hire shop to prepare for your arrival and smooths the process. A key thing you should consider when booking your equipment is how close your accommodation is to the ski hire shop, or to the foot of the pistes for when lessons have finished. Even if there are several equipment options to choose from, we recommend you go for the most basic. Beginner skis are short, flexible skis that are easy to turn or, if you're snowboarding, you'll have a shorter stiffer snowboard that's easier to control and generally cheaper too. You won't need to know about the technical aspects of any of the equipment as ski hire shops will advise you to get the best model for your ability and size once you've booked.

What should I wear when skiing or snowboarding?

Buying all the gear before you go can be daunting if you’ve never set foot in a ski resort before. The key items to bring with you, along with the obvious ski jacket, ski trousers and sunglasses, are as follows: