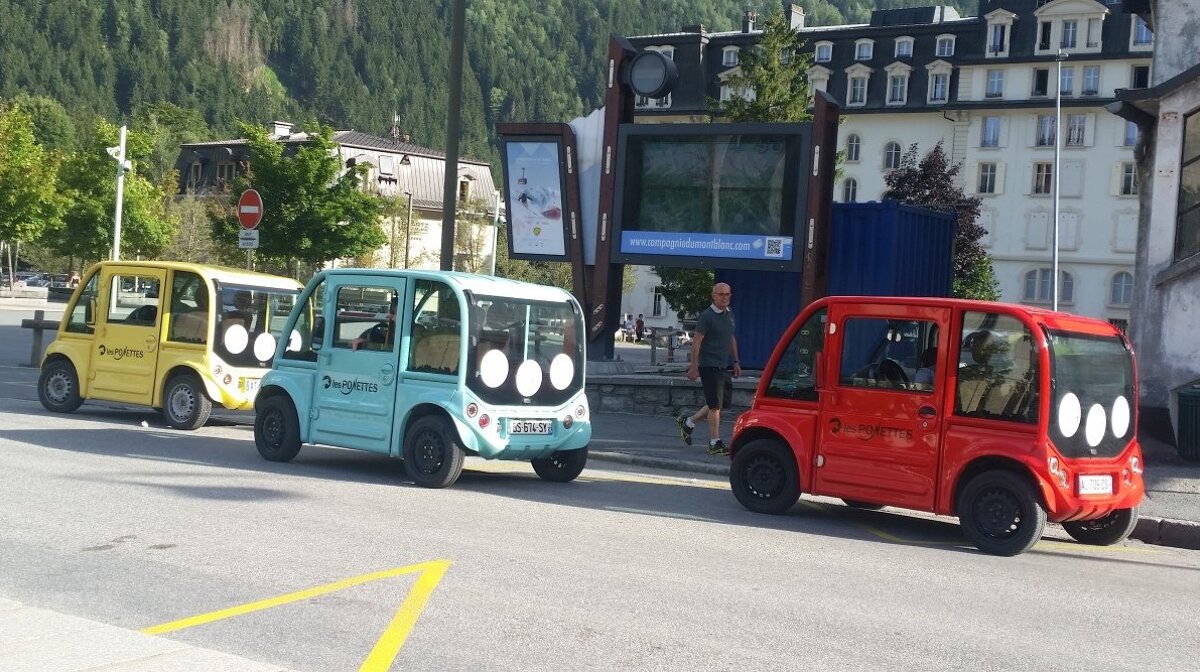 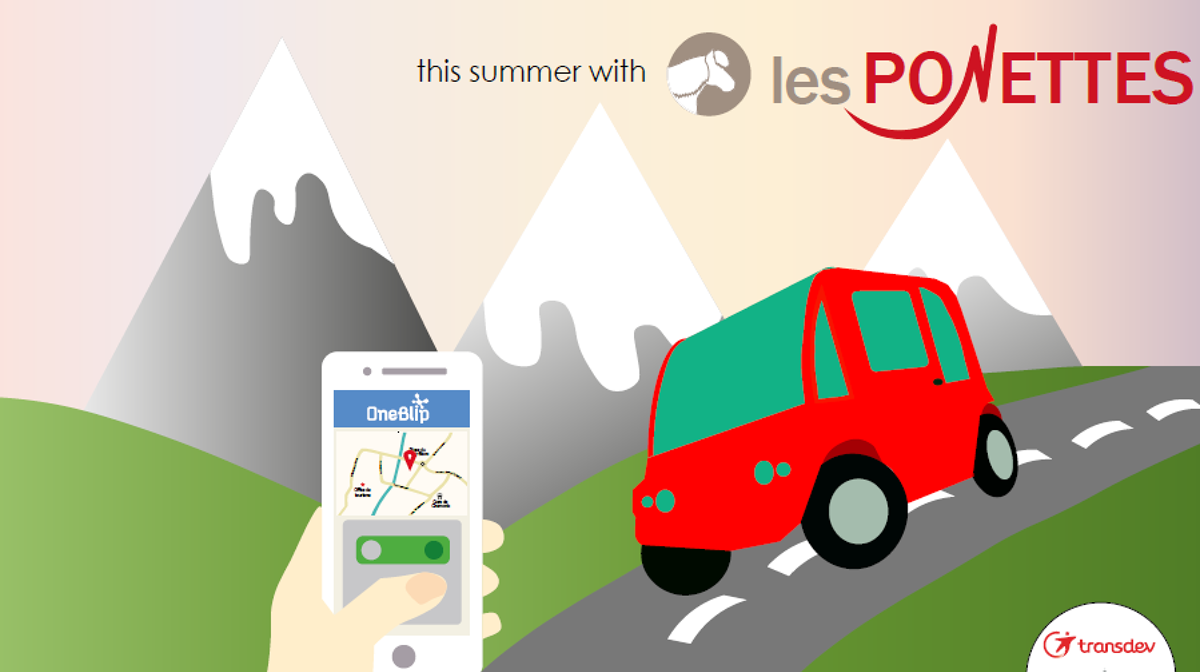 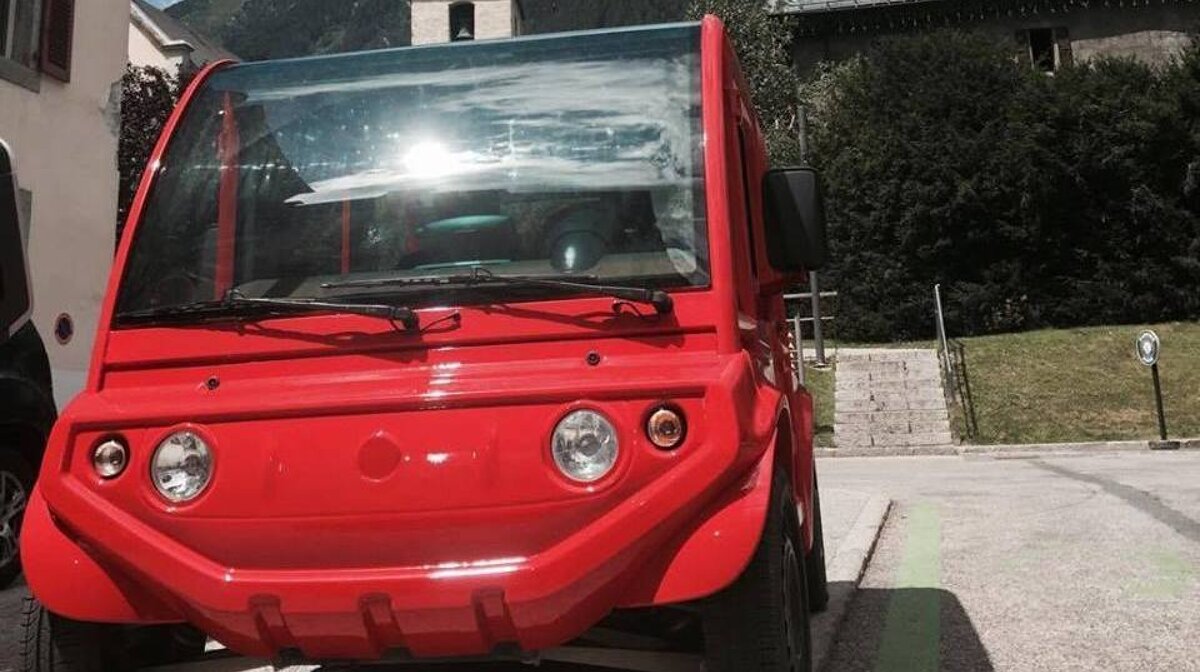 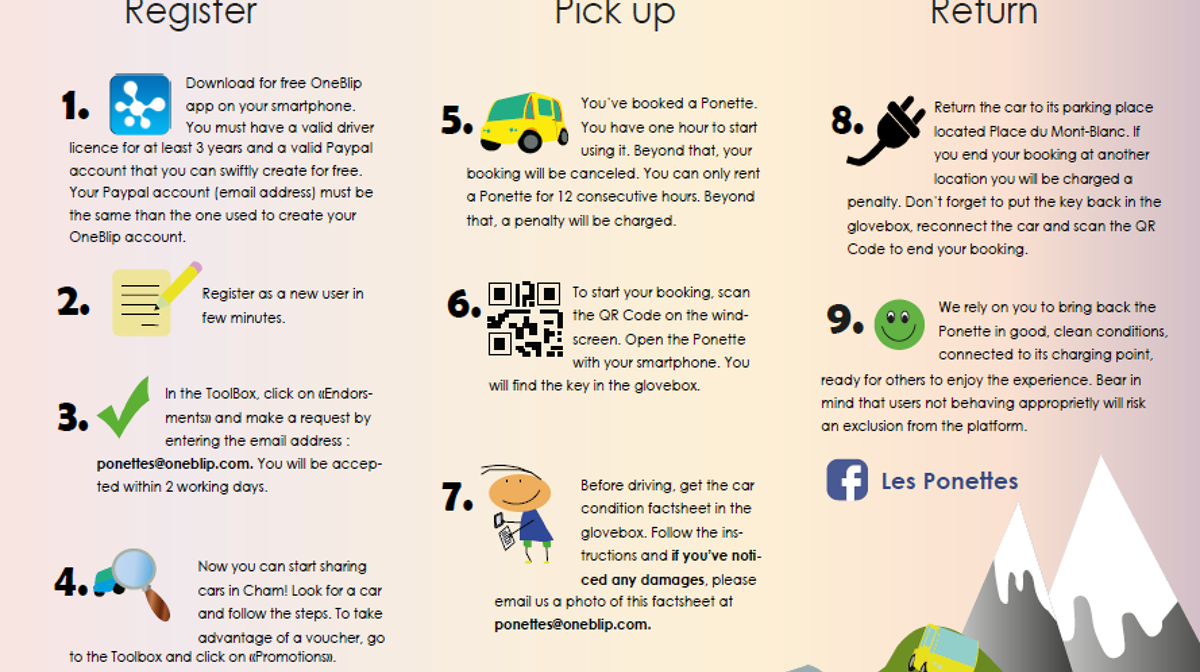 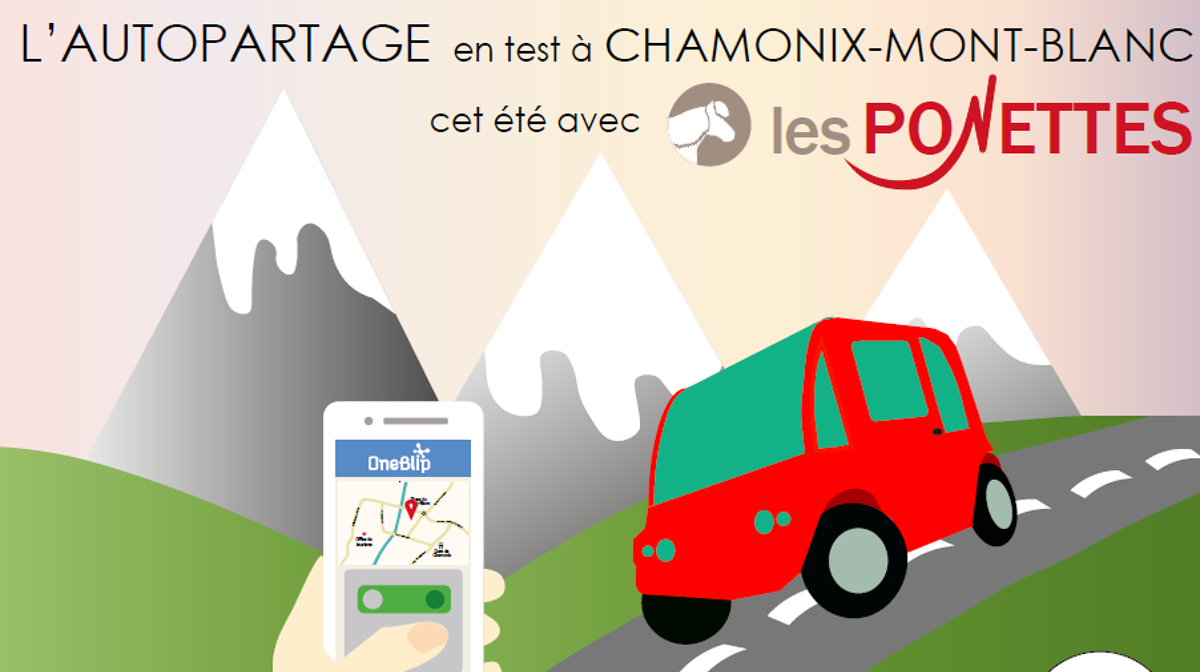 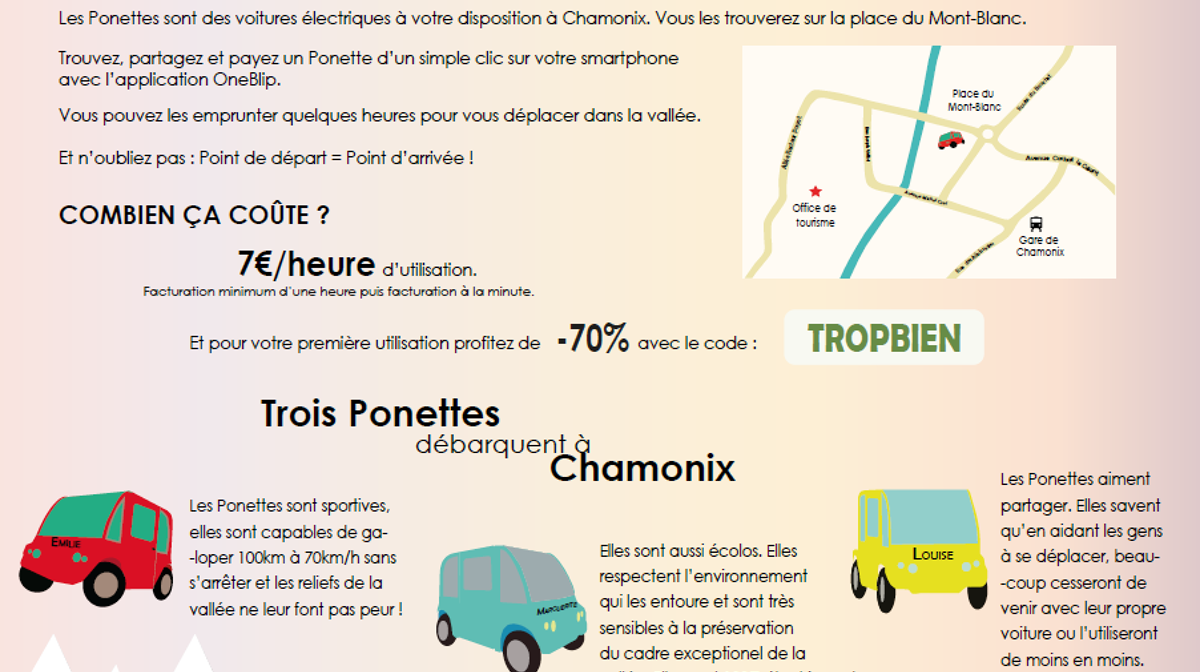 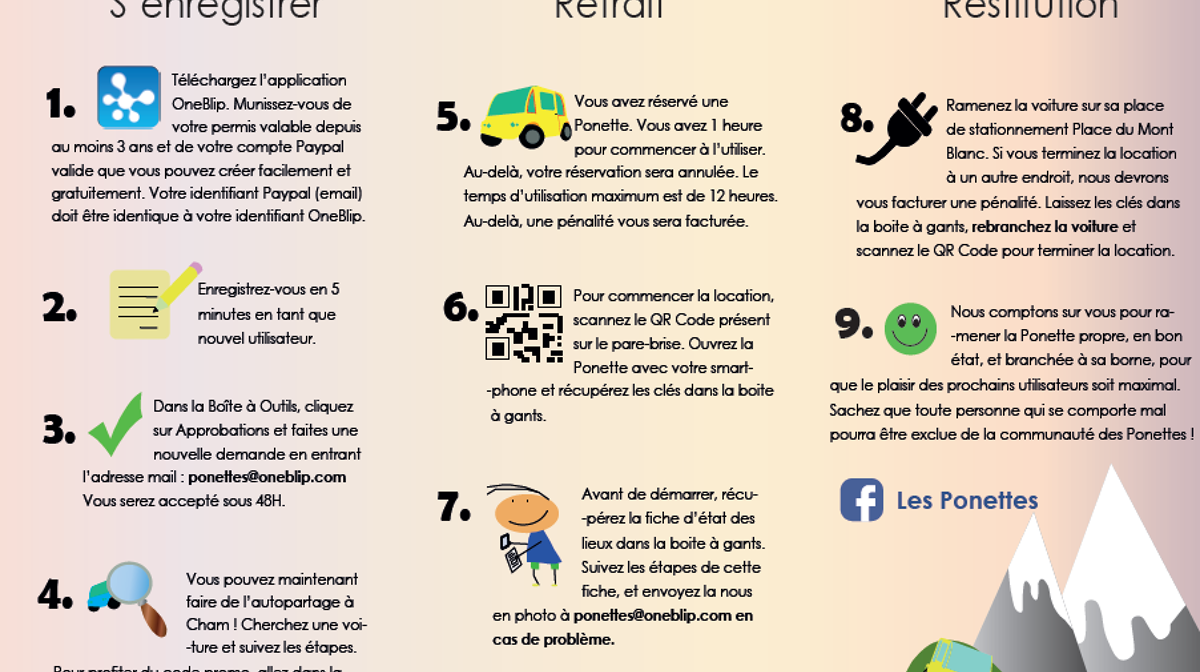 Electric cars to hire in Chamonix

Back in June we heard that a new car share scheme was being proposed and the local council were looking for input on the idea from residents and tourists.

That scheme has now been approved and it's set to launch tomorrow, 3rd August 2017, with an inauguration ceremony and the chance to go and see the cars for yourself.

The scheme, called Les Ponettes (The Ponies), allows users to borrow one of three electric cars from a central pick-up and drop-off point near Place Mont Blanc.

You book and pay for the car for a minimum of 1 hour, through smartphone app OneBlip which is now available on Android and iOS. It costs 7 euros an hour and after the first hour you're charged by the minute. You'll need a Paypal account to be able to set up an account and have a valid driving license with no less than 3 months left on it.

The cars can take two people and travel for 100 kilometres without needing a re-charge. They're practical and come in three different colours. They've even been given names.

Come and see them in person tomorrow at the inauguration at Place Mont Blanc from 11:30 and have a look at the infographics above for more information on how to sign up.