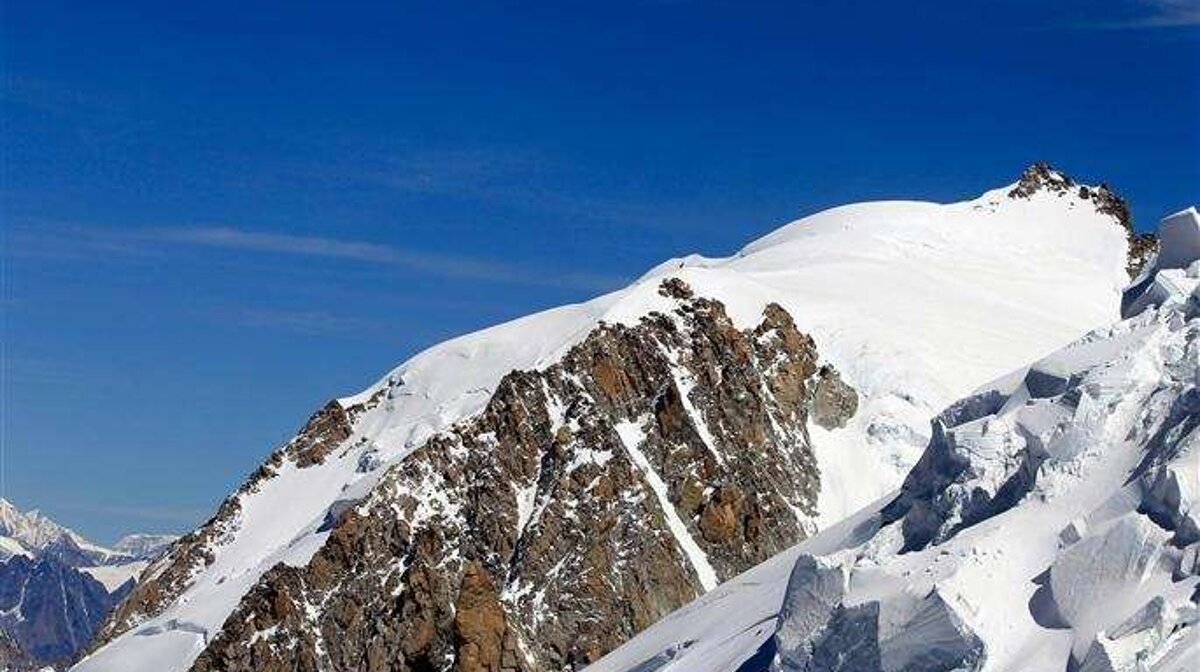 This morning at 5:50 the Chamonix PGHM (mountain rescue services) were alerted of an avalanche on the col de Maudit on the Mont Blanc massif.

The avalanche was reported to have come down at 5:25 this morning and swept away a number of mountaineers presumably on their way up the Mont Blanc on the Trois Monts route (Mont-Blanc du Tacul, Mont-Maudit, Mont-Blanc).

Initial reports have confirmed that five people have died and seven were injured in the avalanche.The victims are said to include non French nationals.

Strong winds overnight causing a wind slab on the lee slope, could well have been the cause behind the avalanche.

28 people set off this morning on this popular mountaineering route from several different countries (Switzerland, Serbia, Germany, Spain and France). Five people are now reported to be safe back down in the valley, including a guide, and others who sustained injuries have been airlifted to a local hospital.

The PGHM are working hard to find other missing members of the group, supported by 2 avalanche dogs.

It has been mentioned at the press conference that a lone mountaineer may have set off the avalanche above the group, although this is unconfirmed.

There are now 9 confirmed dead in the avalanche, as three more bodies have been recovered during the searches this morning. The six previously confirmed were 2 German, 2 Swiss and 2 Spanish mountaineers.

Our thoughts are with those affected by this terrible event.