With over a metre of snow at mid mountain elevations and Grand Montets set to open this weekend, it is safe to say winter is finally here.

The start of November saw day time temperatures fall and people start to dig out their down jackets in preparation for the arrival of the cold weather. Little did they know they would be digging their cars out one week later!

Snow is usually expected to start falling in the Chamonix Valley around this time each year, however, normally it is just enough to raise the winter psyche. This year we saw a gargantuan amount of snow fall over the first 10 days of November, an amount normally reserved for the depths of winter.

When the Snowforecast website started to show 150cm+ for the Aiguille du Midi over the weekend of the 5/6th people started to think this was an over estimation. It then started to snow and before you knew it there was snow building up in town and it felt like days since we had seen the sky.

Before the clouds could even clear, people, myself included, were heading up Le Tour in blizzard conditions in the search of those early winter turns. It was worth the hike. Almost a metre of snow at 1600m meant that it was hard work breaking trail but the anticipation of a powdery descent kept the fatigue at bay. The skiing down was interesting to say the least. There was no real base so you would often sink straight down through the metre of fluffy white stuff and sink to a halt before falling over one way or another and then fighting your way back up. It needs to be a bit steeper if you are to keep any speed up in that quantity of snow! 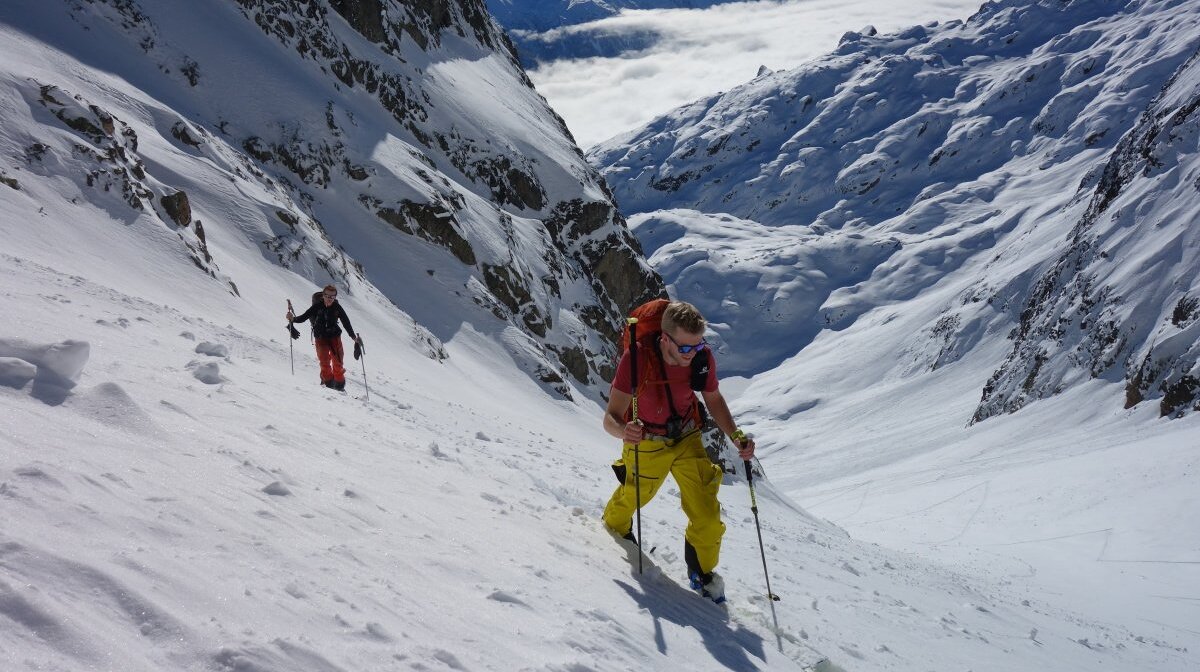 After a couple of days the clouds parted and people could see what had happened to the valley. It was white for as far as the eye could see. Copious amounts of snow had fallen and the valley was being displayed in its full winter coat. The sunshine brought with it more and more eager skiers and boarders now willing to adventure further afield than the Le Tour home run. Grands Montets saw its first wave of skiers heading up the Pierre a Ric towards the vast powder fields below the Bochard and Herse ski lifts. The Chamonix valley is often tracked out within hours, and despite there not being a ski lift running in the valley, this didn’t stop us locals enjoying every last square metre of fresh snow.

Monday was a cloudy day if you stayed down in the valley, however, heading up the Flégère lift with skis (they will let you on if you are going ski touring) we soon passed through and into the bright autumn sunshine. With the Index chair lift not opening until mid December, the normal Aiguille Rouges ski touring routes do require an extra few hundred metres of effort, but the rewards waiting are totally worth it. I headed up towards the Col du Beugeant with Dave Searle and James Sleigh in the hope of some good untracked skiing (see Dave's vlog below). 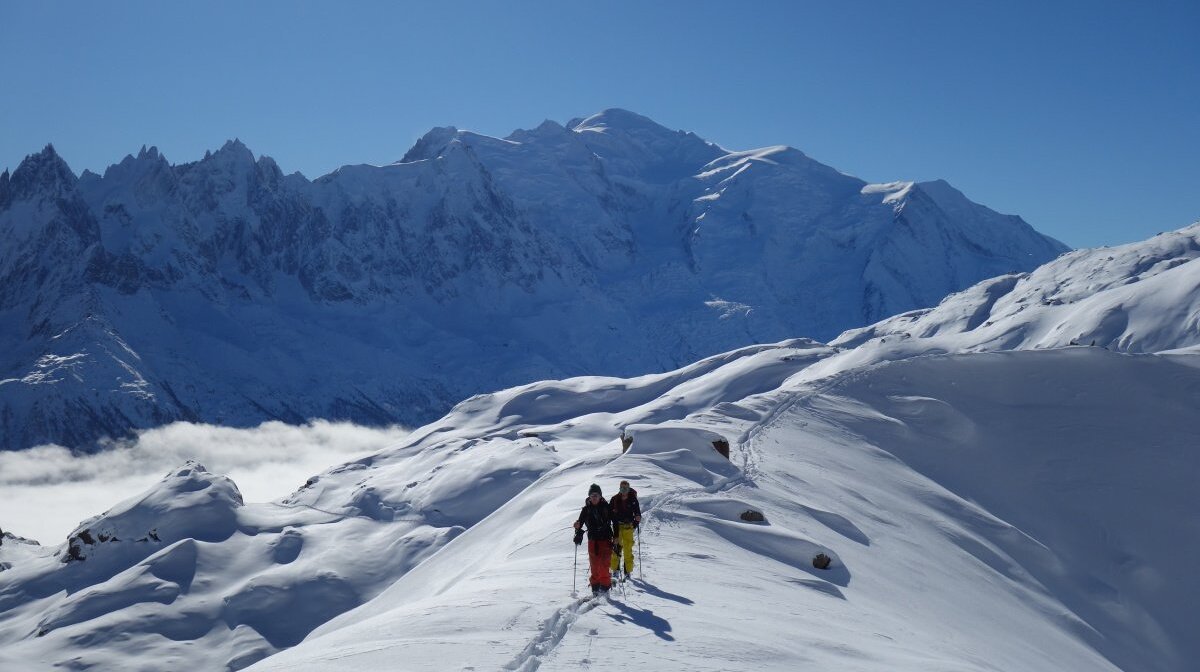 The Aiguille Rouges can often be overcrowded in winter, given its relatively easy access and vast choice of options, so reaching the top of the Col without another skier in sight and in full winter conditions felt strange. It was one of the only times I have felt alone in the Aiguille Rouges. After a short abseil we were into the large open powder fields heading down to Buet and enjoyed the whole descent before reaching the heavier wet snow near the river and breaking a trail back to Buet.

The snowpack is starting to take shape and as long as the temperatures stay relatively cold it could mean good coverage by the time the lifts open fully in mid December.

With more snow expected this coming weekend it could mean good things for the scheduled opening of Grands Montets on Saturday.

Keep up to date with more of Joel's adventures.

NB: Off piste skiing and mountaineering are dangerous. The opinions expressed in these articles are very much time and condition specific and the content is not intended in any way to be a substitute for hiring a mountain guide, undergoing professional mountaineering training and/or the individual's own back country decision making.

Ad
Ad
Got a Chamonix Question?