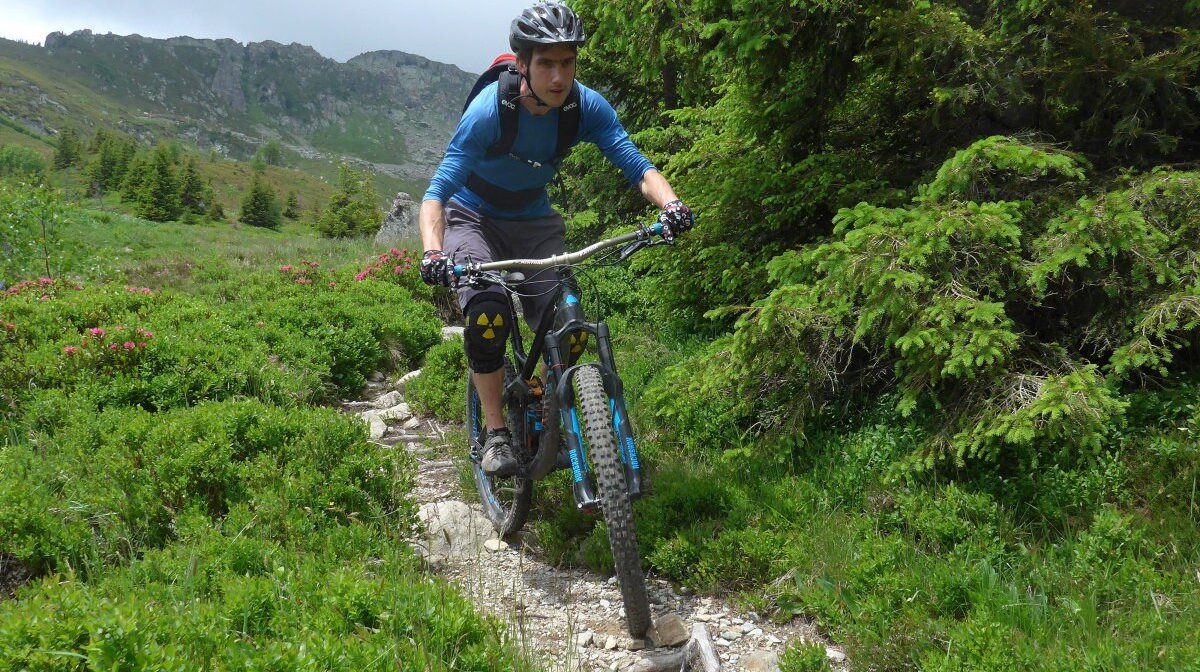 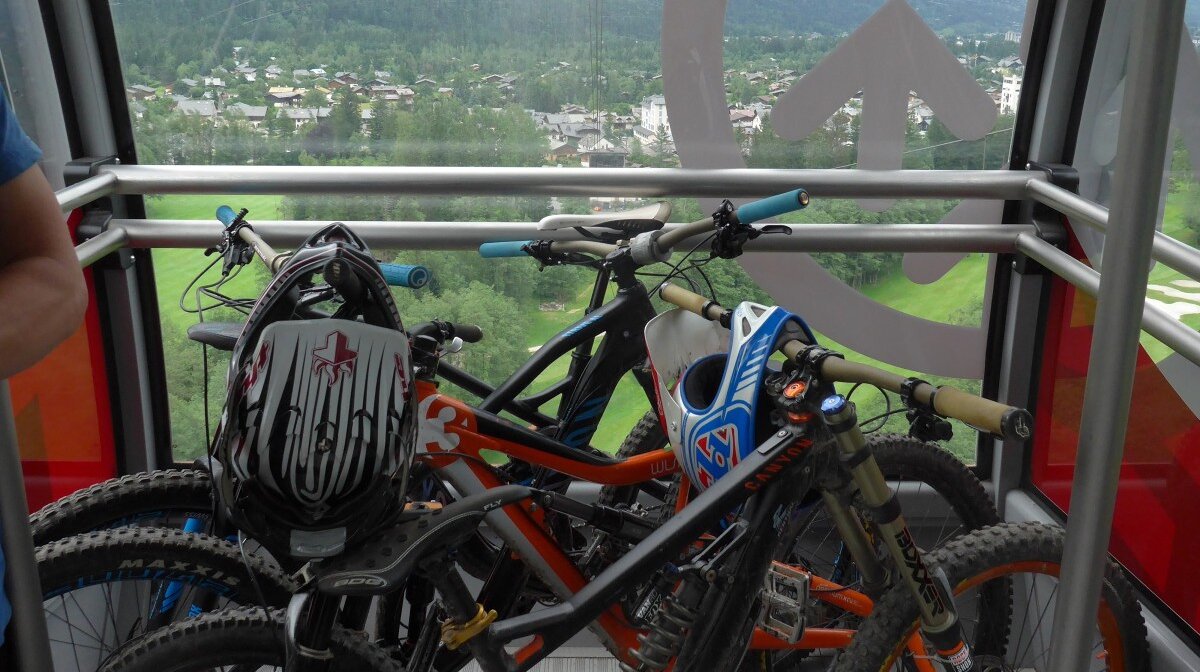 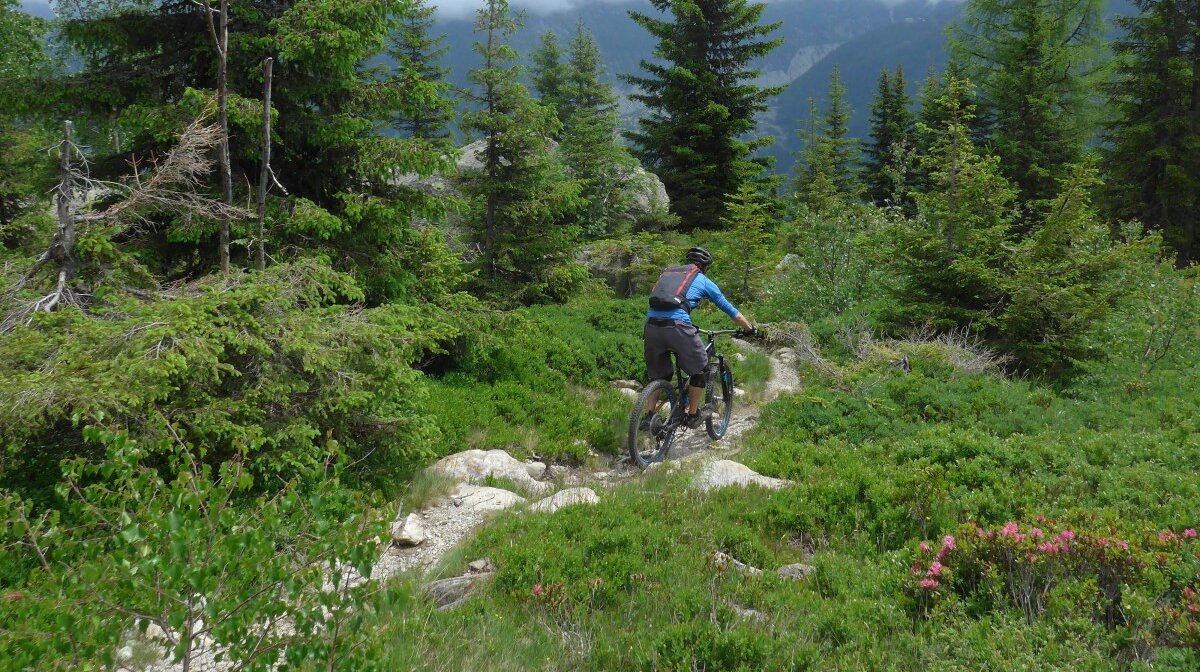 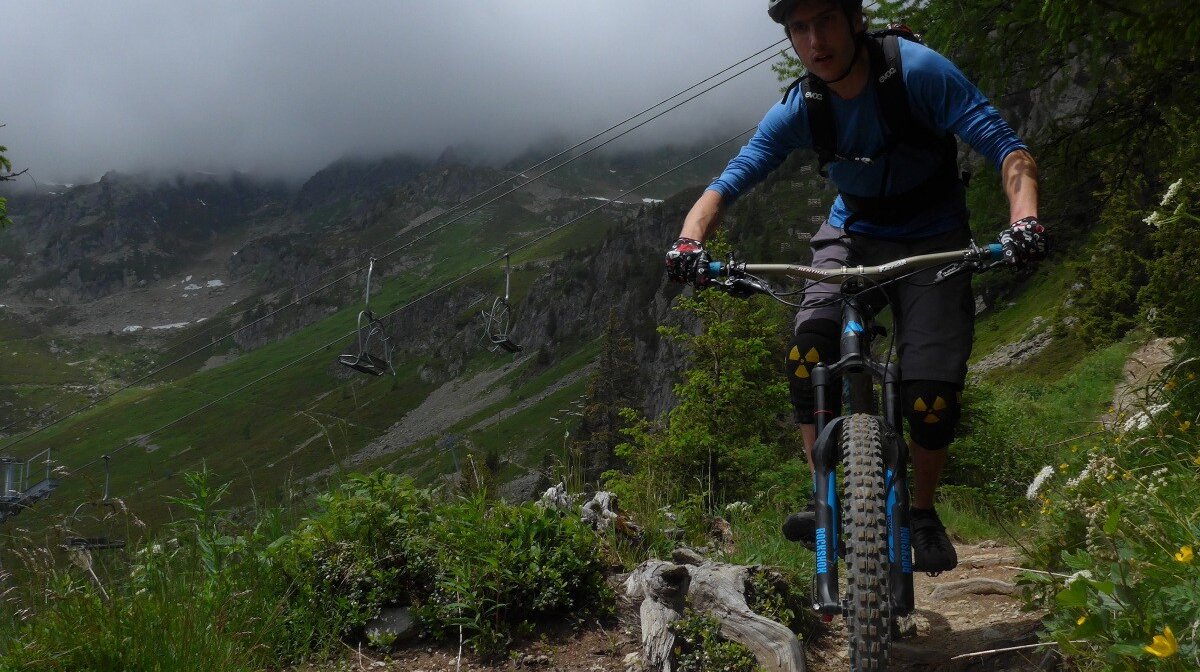 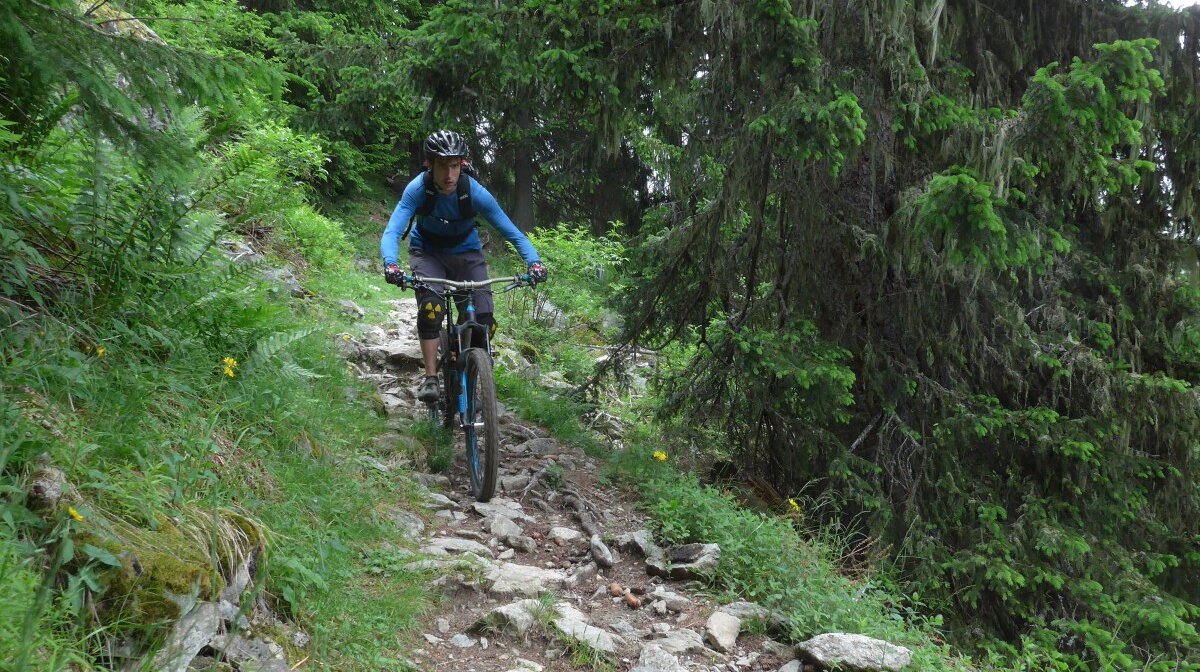 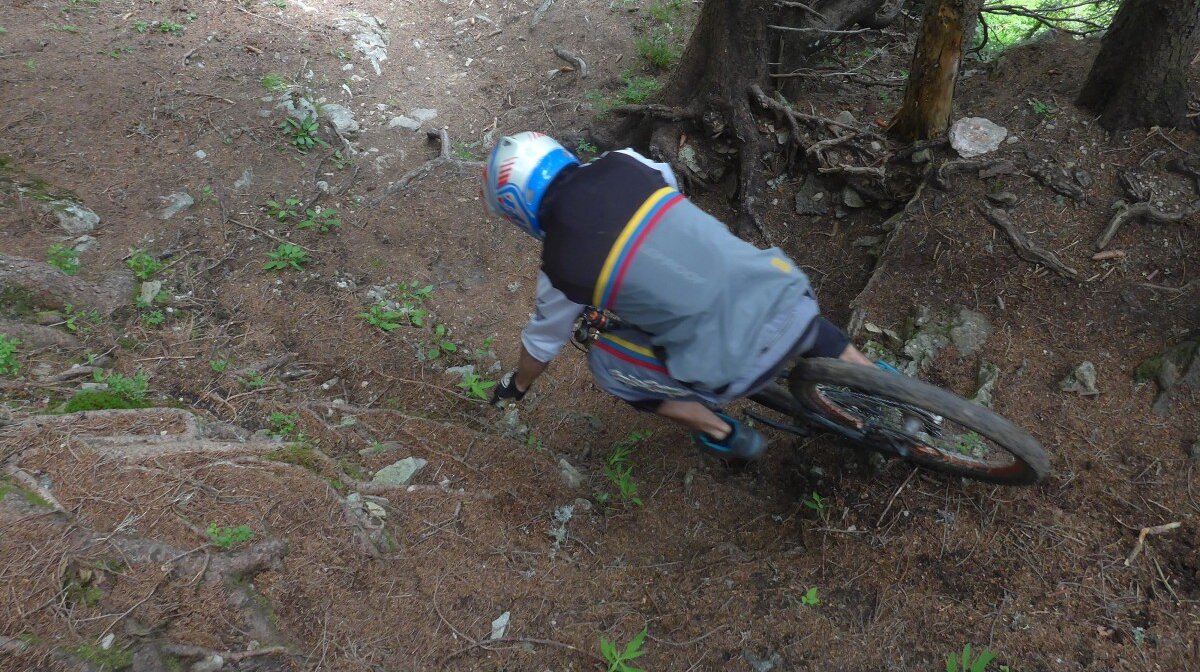 a mountain biker on a trail in chamonix

mountain bikes on a lift in chamonix

a mountain biker on a trail in chamonix

a mountain biker in the clouds on a mountain in chamonix

a mountain biker going down a steep section

So how are things looking for mountain biking? Well, the opening weekend isn't quite as exciting as it normally is as not all the lifts opened this weekend. The main bike friendly lifts, Prarion at Les Houches & Charamillon at Le Tour, are closed for another week. The Bellevue gondola is open for all to use, however the trails from there are generally slow to dry, and the Autannes chairlift is running too, but not the main Le Tour gondola that gets you to this particular lift.

This leaves the Brevent & Flegere gondolas, which is still a lot of riding. More importantly, most of the trails from these lifts are included in the July & August bike ban [no mountain biking is allowed on walking trails during these months] which are very popular with walkers, so now is the time to be riding these lifts anyway.

Brevent and Flegere both have a reputation for steep, exposed, technical and rocky trails, and it's a reputation that's deserved. Unless you take the fire-road trails that make the winter ski home runs then there are no easy ways down on a bike, if you're just starting out it might be best to wait until the more mellow trails of Les Houches and Le Tour are open next week. For more advanced riders though, it's a great challenge....especially for the arms. More information on mountain biking at the various areas in the valley is available here.

The storms of the last couple of weeks have made a few changes to the trails, but for the most part repairs have been made, small diversions created where necessary and fallen trees disposed of. At Flegere there's even been a bit of work done on the old downhill track to make the removed boardwalk section rideable again. The one exception to this is the Sentier des Guardes track above Gaillands which is closed to walkers and cyclists due to landslides.

Opening days, summer or winter, are always sociable occasions and sure enough even the less than perfect weather forecast didn't put people off from heading out. The trails were pretty busy with walkers and cyclists, however everyone seemed to be getting on fine. It's not that hard to slow down and say hello as you pass a group of walkers, and it's not hard to be cheerful in a valley like Chamonix's.

Plenty of riding to be going at then, but next week should see the real start of the biking season with access to the purpose built trails opening up.