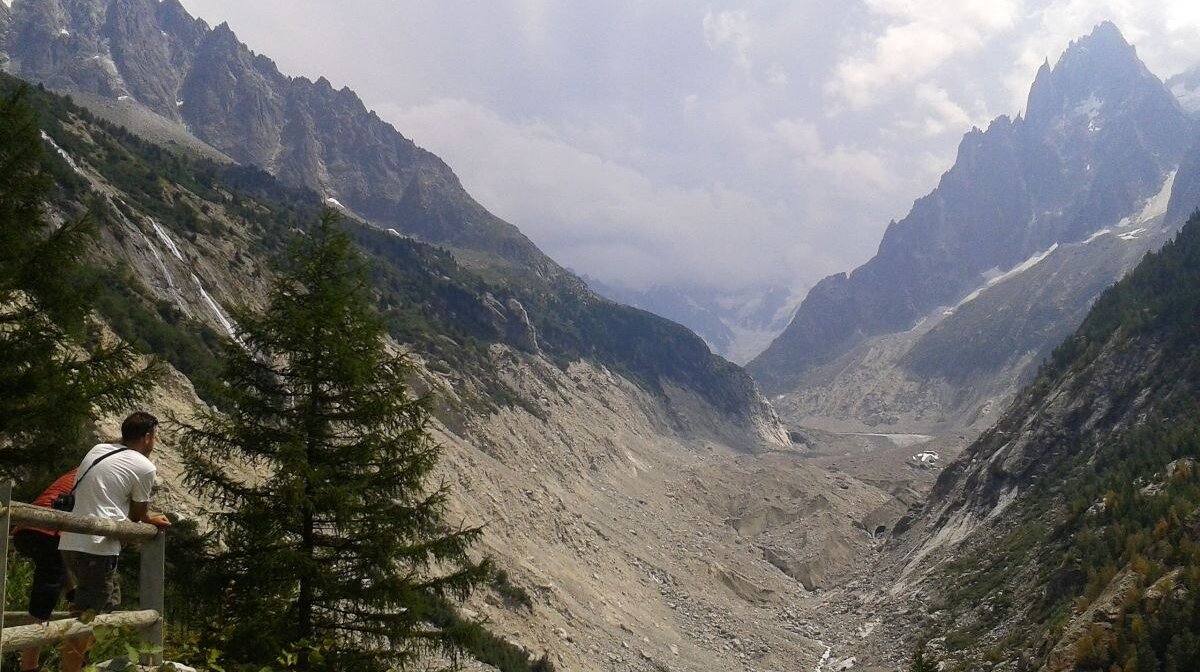 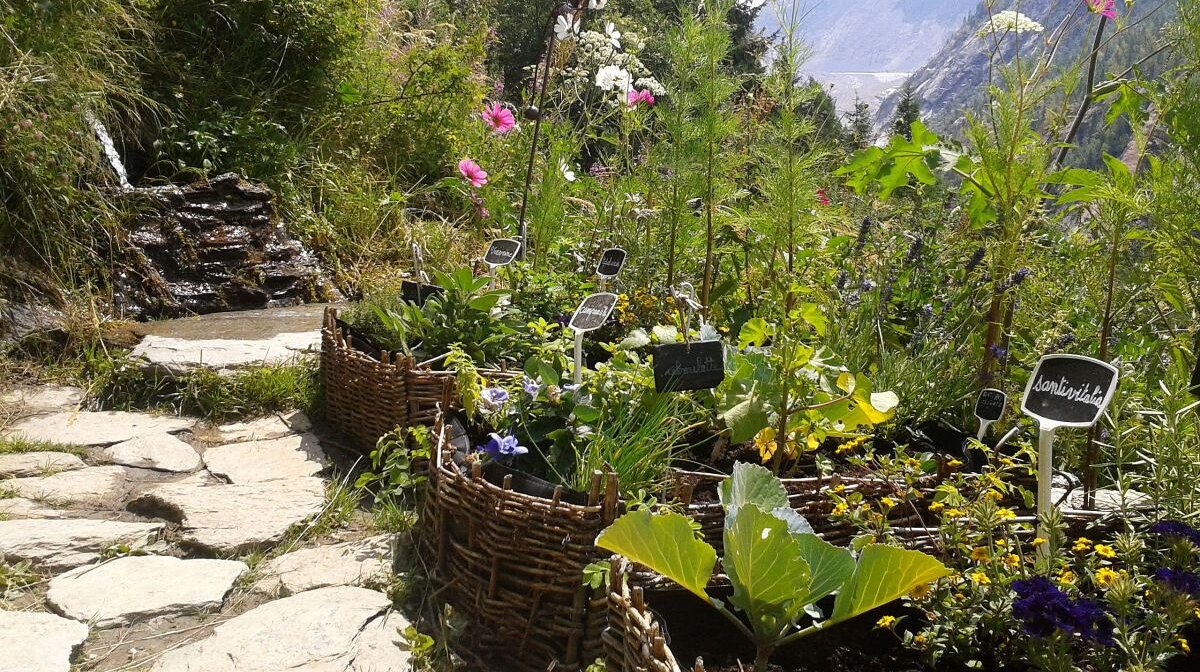 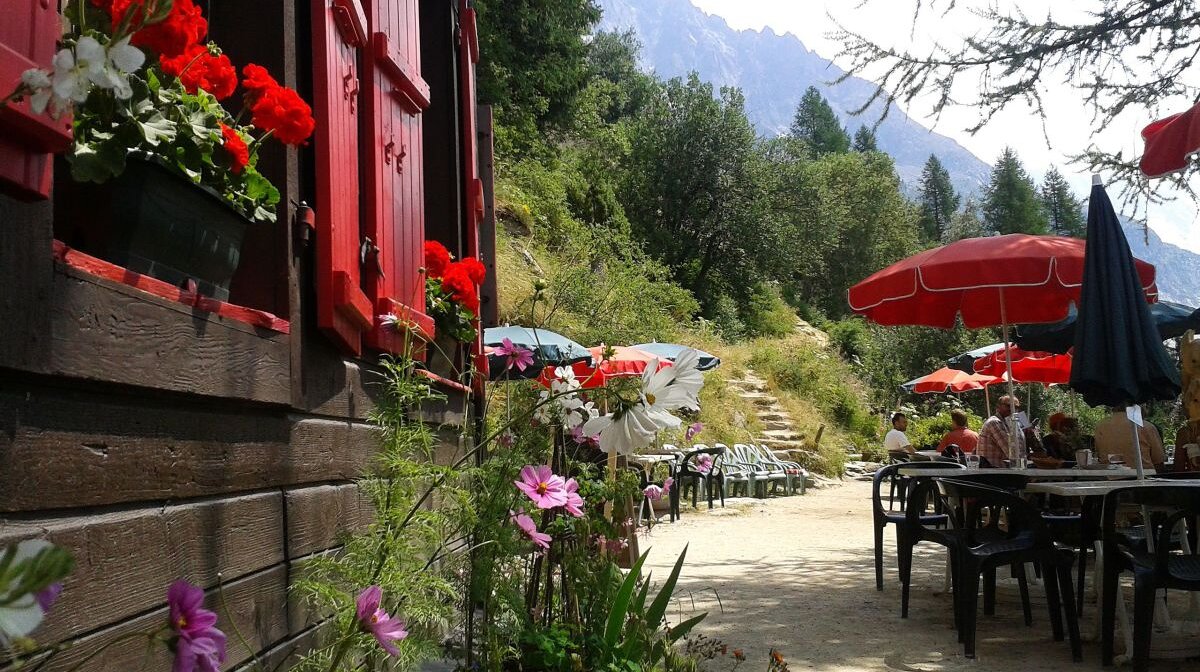 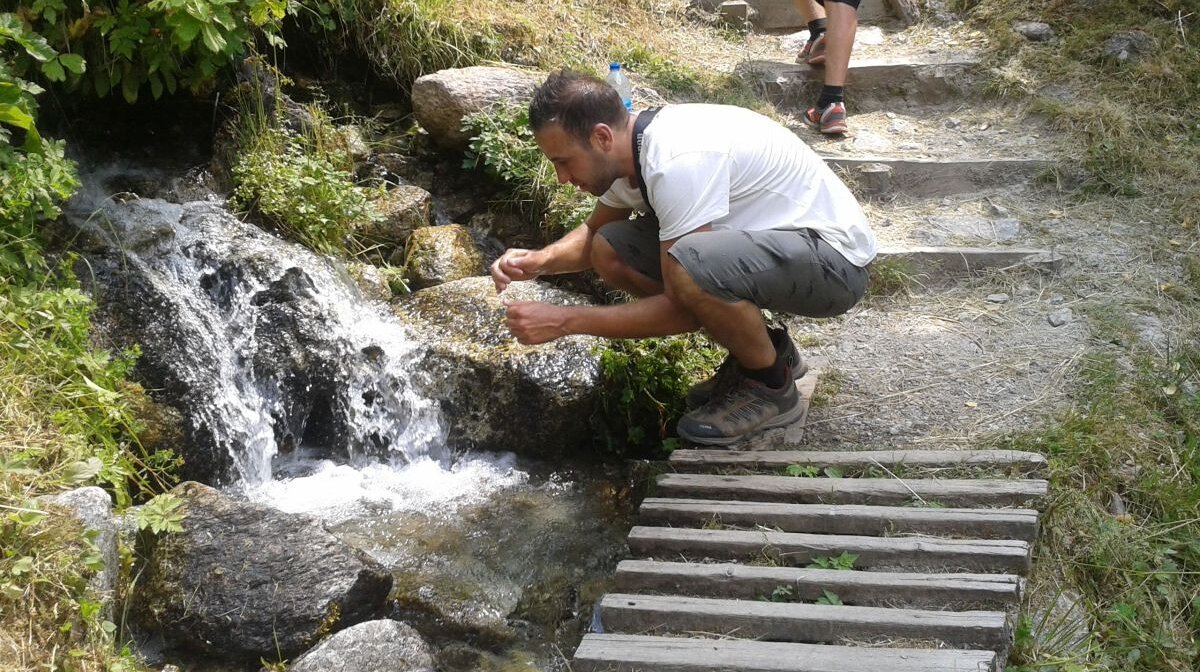 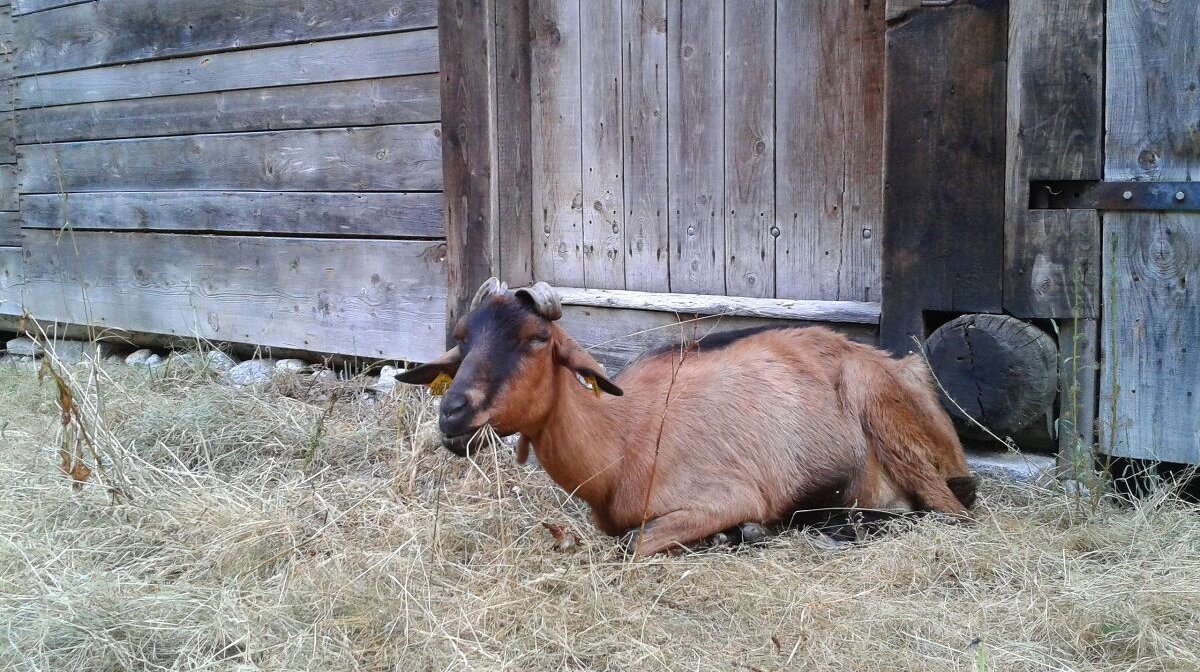 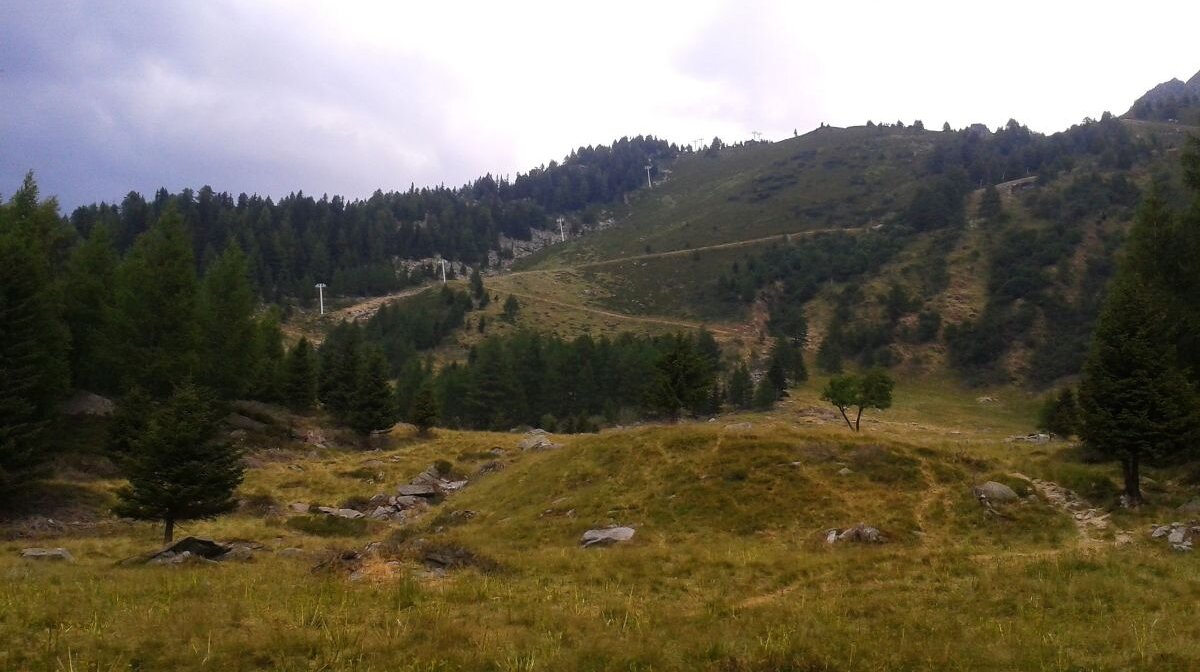 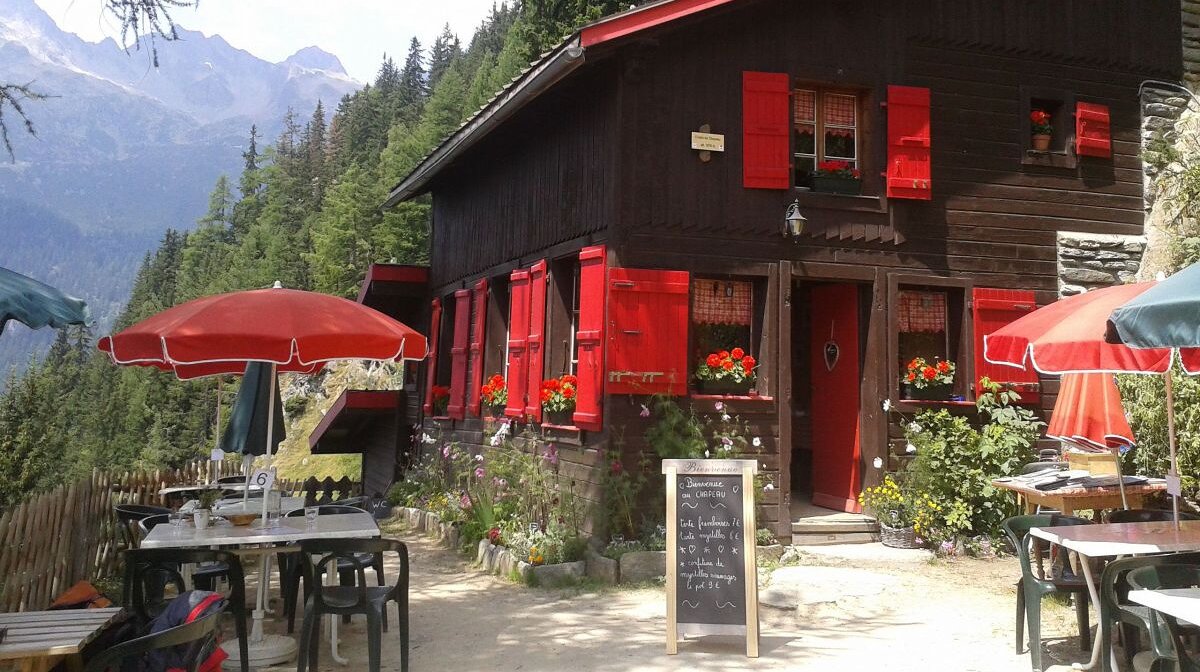 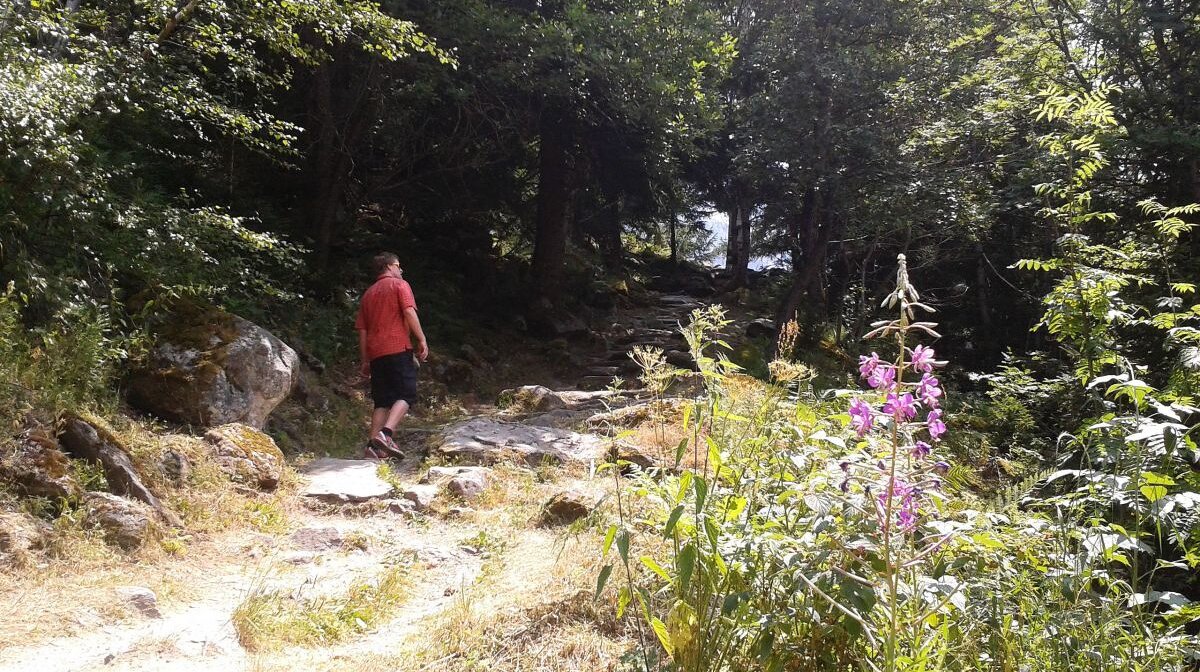 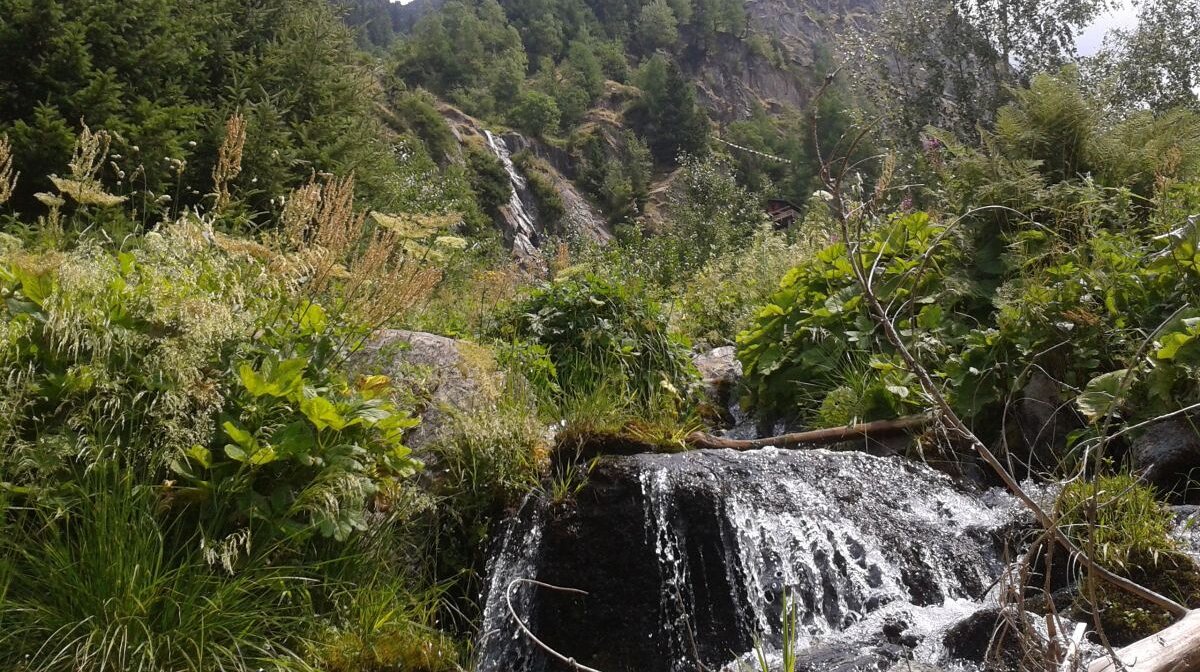 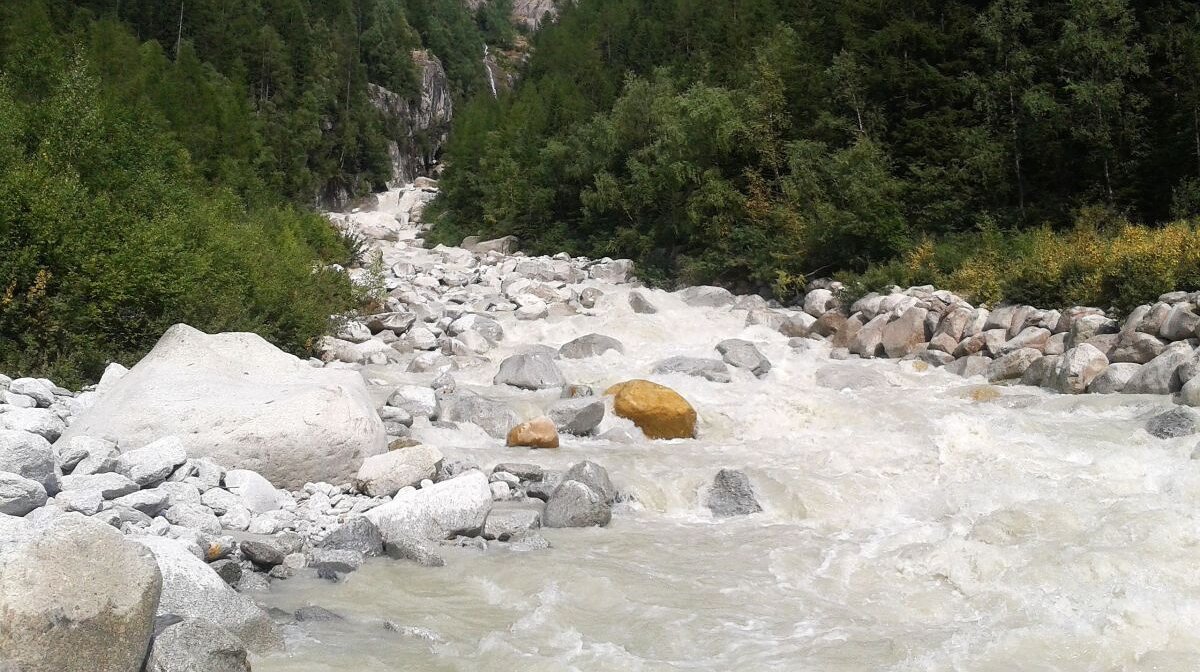 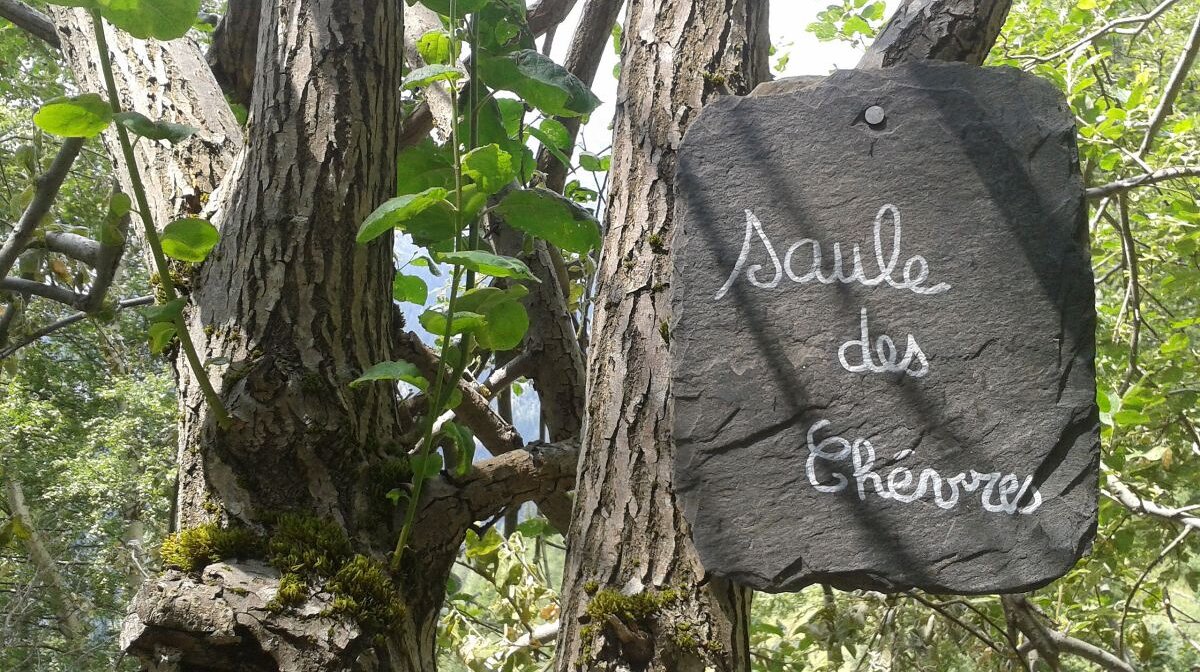 The best way to cool down on a hot day

Hanging out with the locals at Bergerie d'Orthaz

The hills are alive...

Lunch in the sunshine at Buvette du Chapeau

Scrambling up to Les Prapators

With having spent a few years exploring the trails of this valley, I thought I knew all the accessible routes so when someone mentioned one I’d never heard of I was excited to check it out - even more so when I was promised a good lunch along the way.

Starting from Chamonix we took the train to Les Tines (timetables can be found here); on exiting the station you cross the road, turn left and look for a pathway leading into the forest, signposted for Le Chapeau. After a few hundred metres on a 4x4 track the route branches off to the left and narrows to a small footpath.

This walk is a nice one for a hot day as much of it is in the shade of the trees, with the air getting cooler as you climb up past Lavancher towards Le Chapeau. When the paths pops you out at Lavancher you need to bear right and look for the continuation of the path that leads away from the bend in the road.

It’s uphill all the way to Le Chapeau but mostly at a pleasant gradient, twisting in and out of the forest and coming out occasionally into wild tangles of long grass and Alpine flowers. As you get closer to Le Chapeau you’ll see little signs tucked amongst the paths, labelling certain plants and herbs (they mostly looked like weeds to me but I’m no expert). The last little push up to the buvette is absolutely lovely with a number of small streams trickling across and alongside the path and bright purple lupins swaying in the breeze.

Le Chapeau is a pretty little wooden chalet with Tibetan prayer flags fluttering overhead, surrounded by swathes of colourful flowers. It sits on a little terrace at 1576m with excellent views of both the Chamonix valley and of the jagged peaks of Le Drus and Les Grandes Jorasses looming over the Mer de Glace.

After a lovely lunch of salad and omelette we filled our water bottles from a cold stream and continued onwards to La Tête des Prapators, making a little detour to the viewpoint that looks out over the Mer de Glace.

After this point the path gets markedly steeper and we were soon making regular excuses to stop and admire the view, so that we could catch our breath. It’s well worth the effort though, as the views get more and more spectacular the higher you get. There’s also the excitement of the odd bit of scrambling over rocks, aided by ladders and metal rails embedded in the mountainside. We finally made it up to the giddy height of 1844m and had a brief pause for water and recuperation at the Tête des Prapators, before heading back down via Lavancher following signs for Les Tines and Les Bois, passing by the Retour Pendant chairlift at Les Grands Montets en route.

Considering the climb up seemed so long and steep, the descent actually felt quite gentle; there was the occasional skitter down the odd rocky section but generally it was a pleasant trot through overgrown greenery and cool forests. After 4 hours of hot and dusty hiking we were more than ready for the cool breezes coming off the roaring torrents of the Source des Arveyrons as we returned back to the Bois du Bouchet. From there it was a flat stroll alongside the river back to Chamonix, stopping only to scratch the ears of a friendly goat by the Bergerie d’Orthaz.

All in all, our circuit took in a little over 12 kilometres and climbing about 1000m in elevation, meaning that our apres-hike beers in MOO Bar were extremely well deserved.