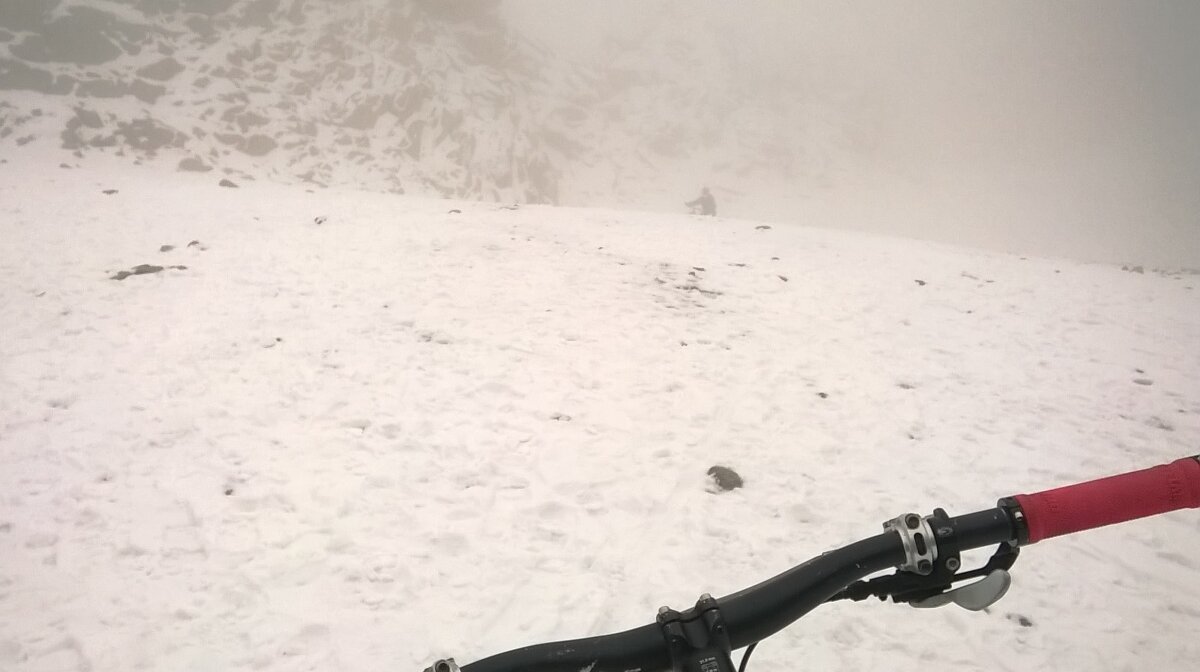 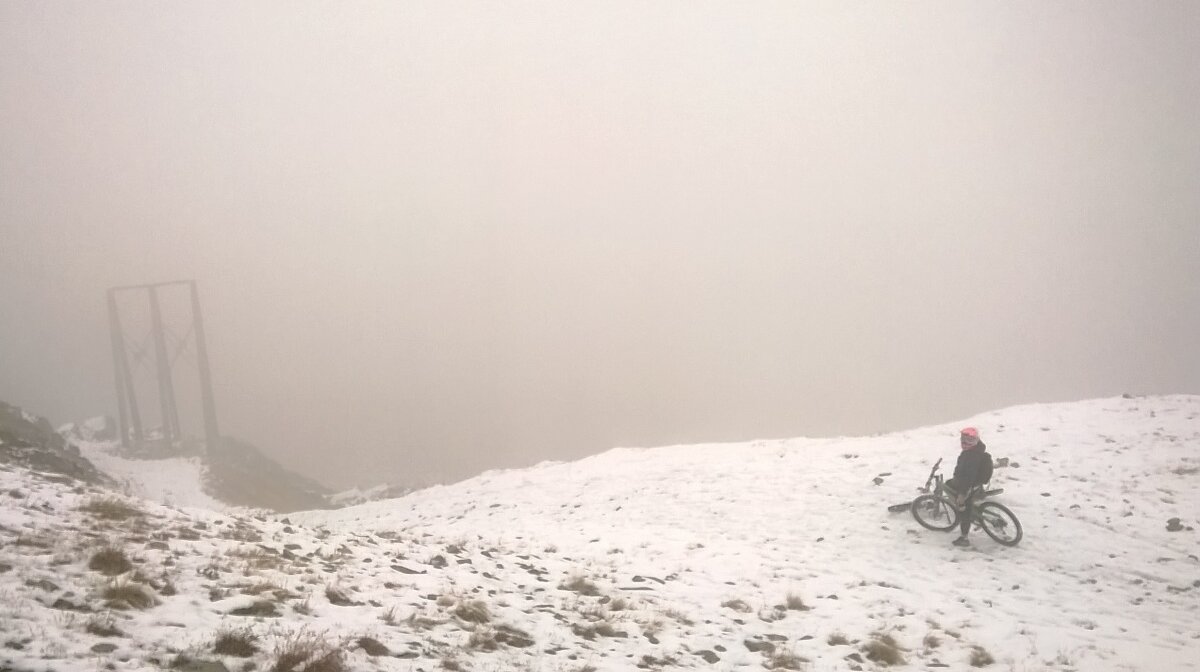 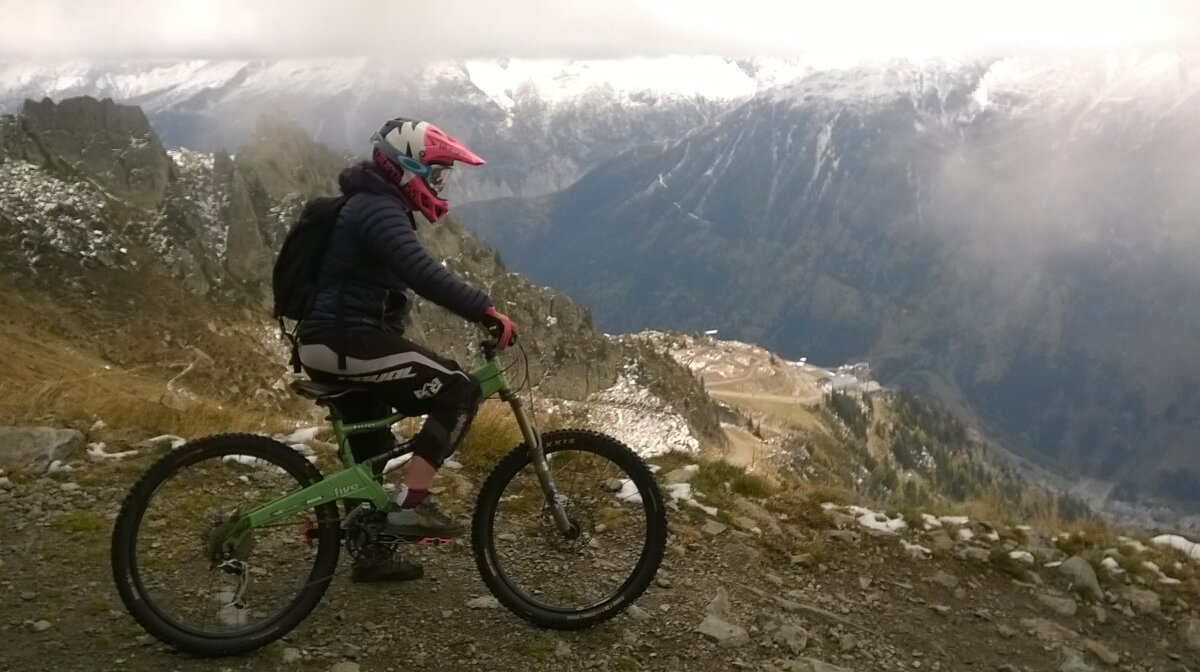 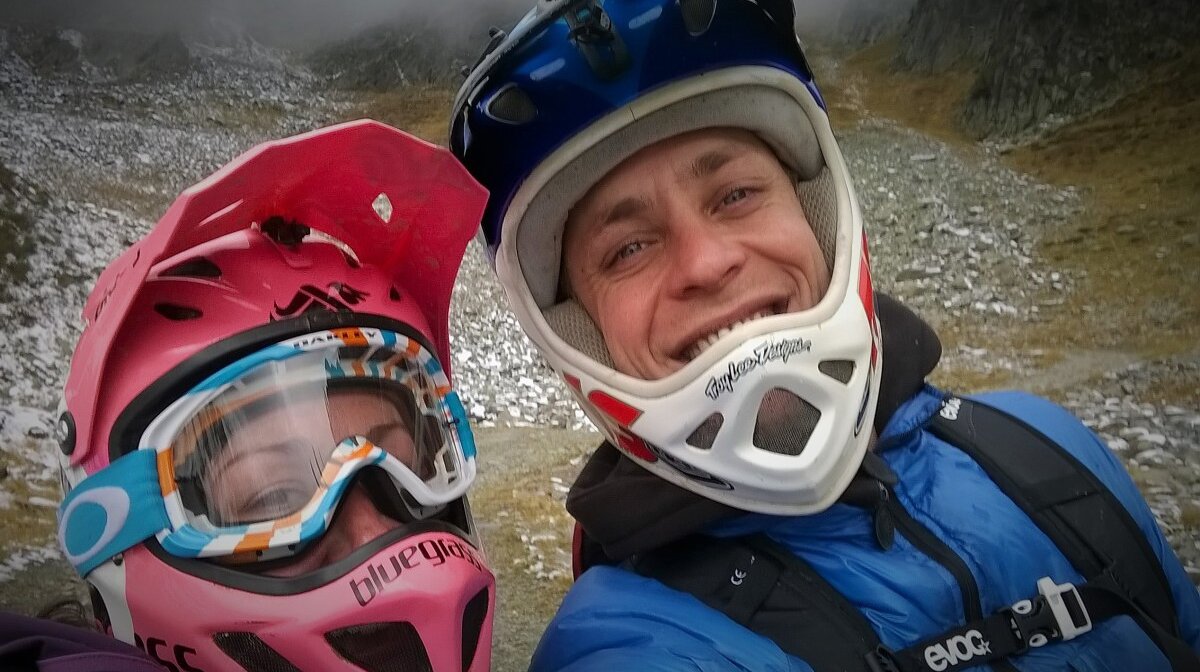 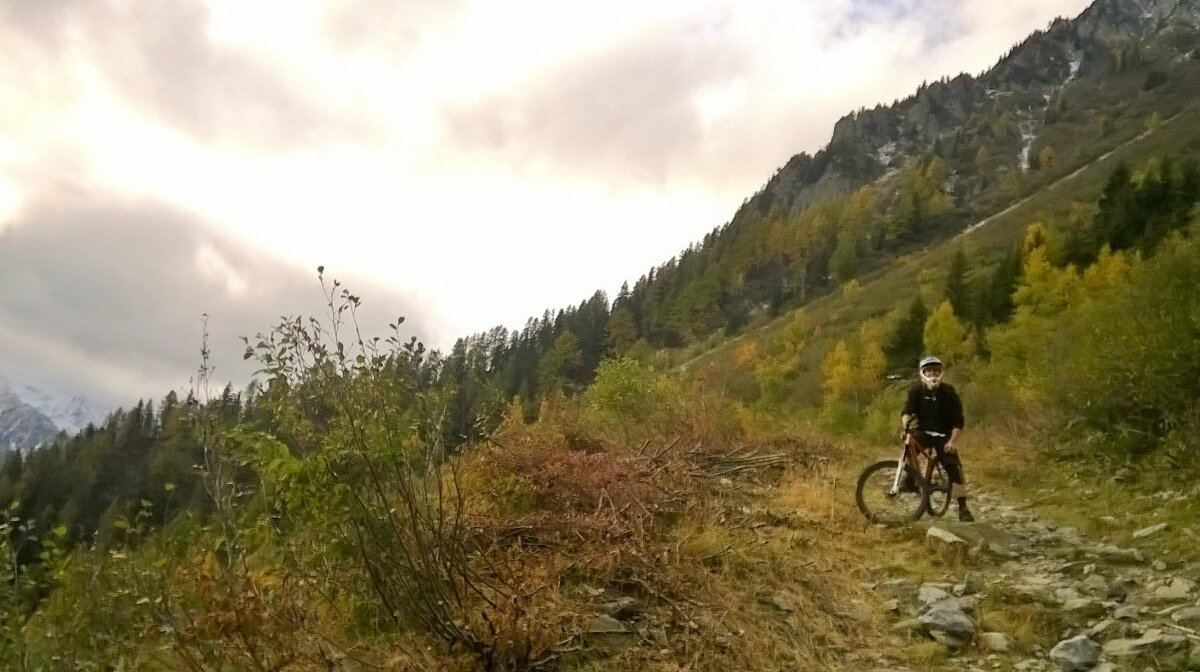 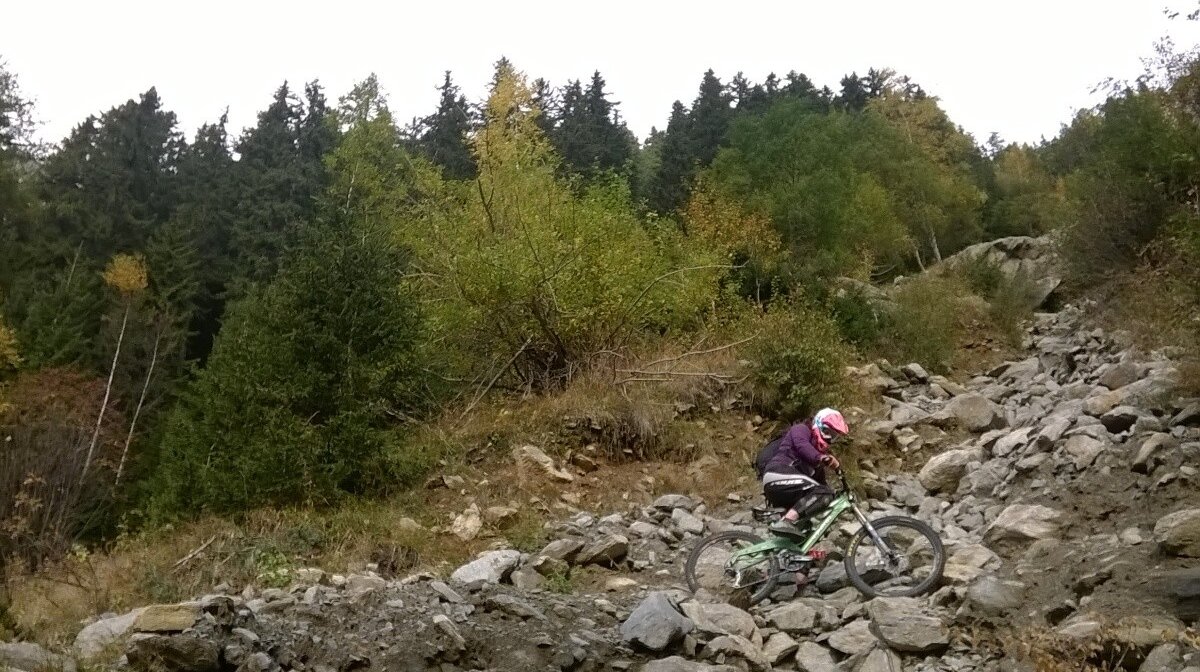 After a dog walk in the 20cm of fresh snow at the top of Brevent and bumping into a few mountain biking friends on the hike down on Saturday, I was excited to get out on my bike on Sunday morning and head up into the clouds.

To be honest though, biking down the snowy slopes of the 'Charles Bozon' piste (a black ski run) from the top of Brevent was not really in my plan for the day. However, we had to borrow some tools from the liftie at the bottom of the cable car to sort out my friends wheel, and then they just assumed that we were going all the way to the top...it was hard to say no. The short journey up took us above the snow line and into some thick cloud and fairly strong winds.

And from there, the only way is down. Not my favourite biking conditions; loose rock under a layer of snow and ice and in thick cloud. But I surprised myself by actually really enjoying it...and not falling off! It probably took us longer than it should have to reach Planpraz but once we got below the clouds the views were pretty stunning and we decided to savour it rather than just bombing down.

We took a new route down from Planpraz, new to us at least, which takes you on a 4x4 track directly skiers right of the cable car entrance. The trail is pretty loose with some big rocks to start off but wide enough that you can avoid the worst of them. There are plenty of hikers and runners on this trail too so it pays to be a little cautious on blind corners and, of course, to be polite as you pass by.

A little further down the trail narrows with some sharp switch backs and few technical sections and eventually joins the Sentier des Gardes hiking path. Most of technical sections are ridable if you are an experienced biker but this is certainly not a beginners trail. Once you reach the forest the trail becomes more flowy and there are several options for the journey back down to Chamonix, either to the bottom of the Brevent Gondola, or a little further a field to Les Bossons or up the valley to Les Tines.

We opted to head back to the Gondola so that we could do another run down, popping out of the forest just above the cable car station itself. I'll admit here that I was probably a bit lame and after the journey back up, a coffee and a chocolate crepe at Planpraz I was happier just to head straight down from there rather than take the top cable car again.

The second run was even better, it's always good when you know the trail and can let go a bit more. The run down is long and has none of the uphill sections that some of the other trails on Brevent have, so after a months break from solid downhill riding I was beginning to feel the arm pump from being on my brakes for so long. I was pretty shattered after just the two runs and happy to call it a day before the heavens opened and the rain came down. Perfect timing!

The Brevent lift is open from Saturday 17th October until Friday 6th November, so make sure you get up there take advantage of the last few weeks of autumnal conditions before the winter hits.

It is worth noting that the Bergerie de Planpraz cafe (not the restaurant) is open, however the cafe at the top of Brevent is not.