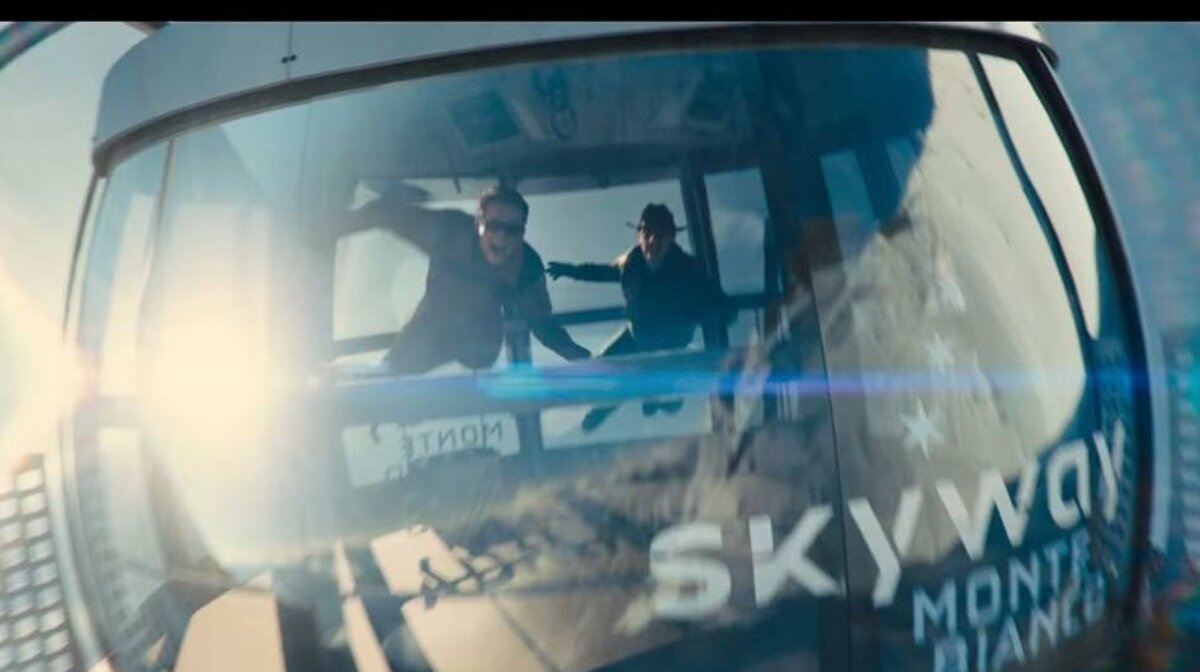 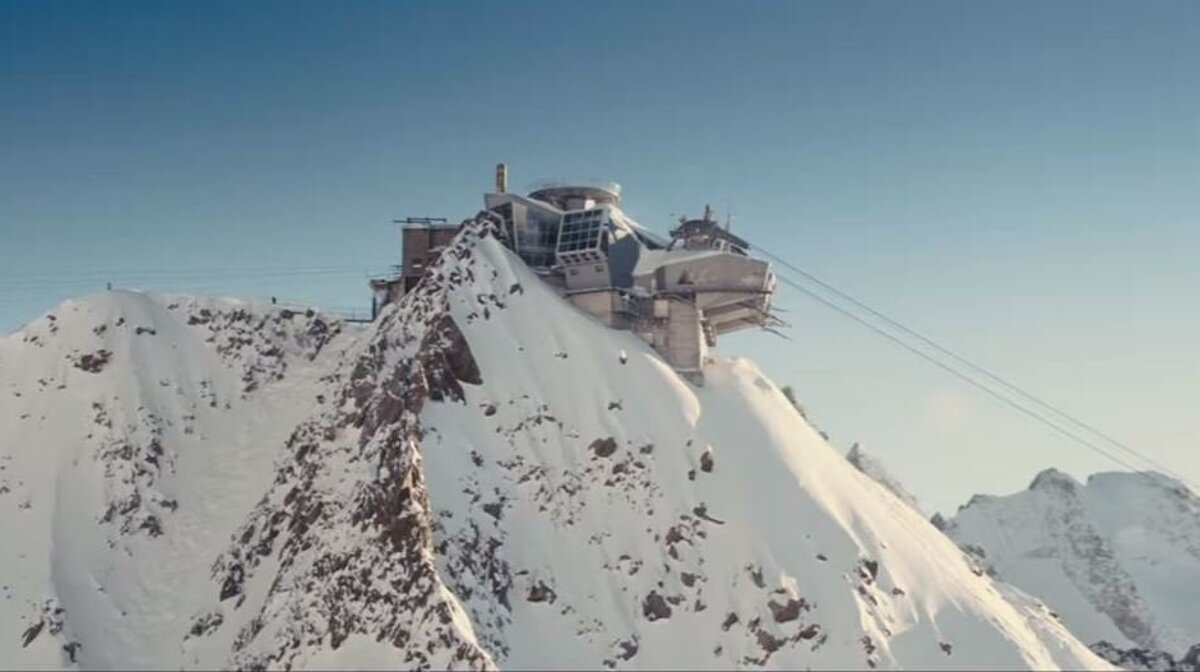 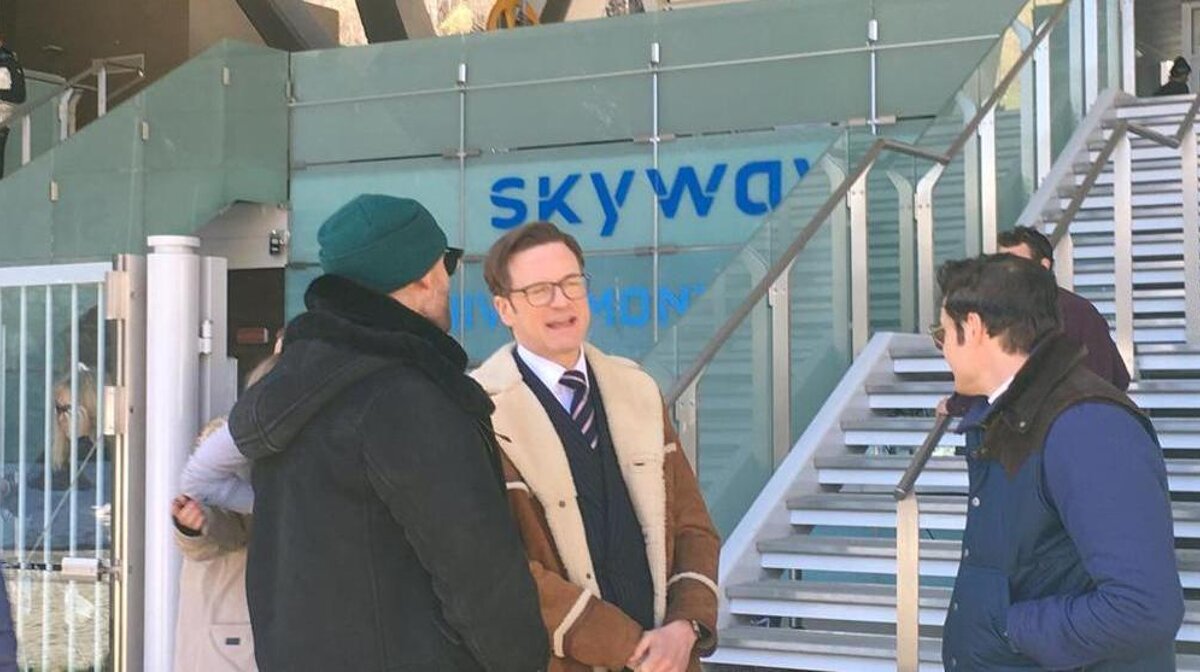 A clip from the new Kingsman film

A clip showing the top of the Skyway lift in Courmayeur

Colin Firth & Taron Egerton at the Skyway base station

Eagle-eyed fans watching the newly released trailer for the film "Kingsman: The Golden Circle" may notice something familiar appearing briefly on screen - take a look at the image captures above...

For those of you that aren't already familiar with it, the SkyWay Monte Bianco cable car is the new(ish) revolving cable car that takes you from Courmayeur (1,370m) up to Pointe Helbronner at 3,462m on the Italian side of Mont Blanc.

The lift base station can be found on the other side of the Mont Blanc Tunnel to Chamonix and replaced the older, much smaller lift in spring 2015. The new cable car cabins carry up to 80 people, so don't be deceived by the special effects on the trailer, which make it look a lot smaller than it actually is.

Views of the Skyway lift, Mont Blanc and the glaciers and mountains surrounding it, were filmed partly from helicopters, from the terrace at the summit of the lift and the Torino mountain refuge in April 2016. Colin Firth, Taron Egerton and Claudia Schiffer were all spotted in Courmayeur at the time (Claudia Schiffer doesn't appear in the film, but is married to director Matthew Vaughn).