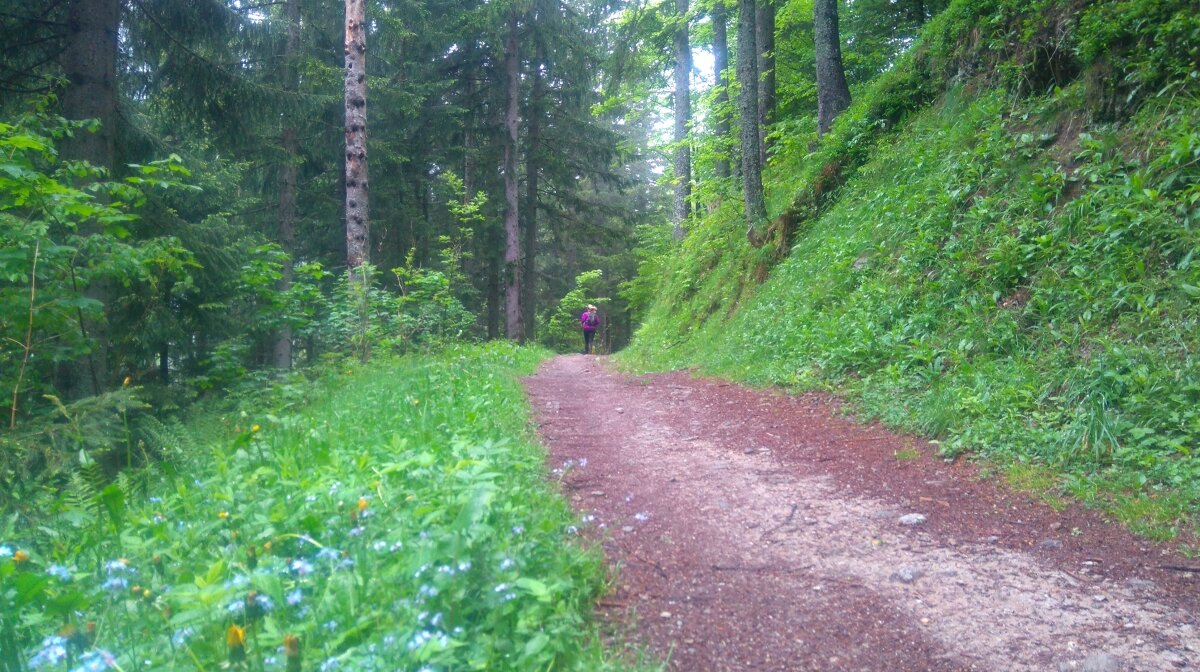 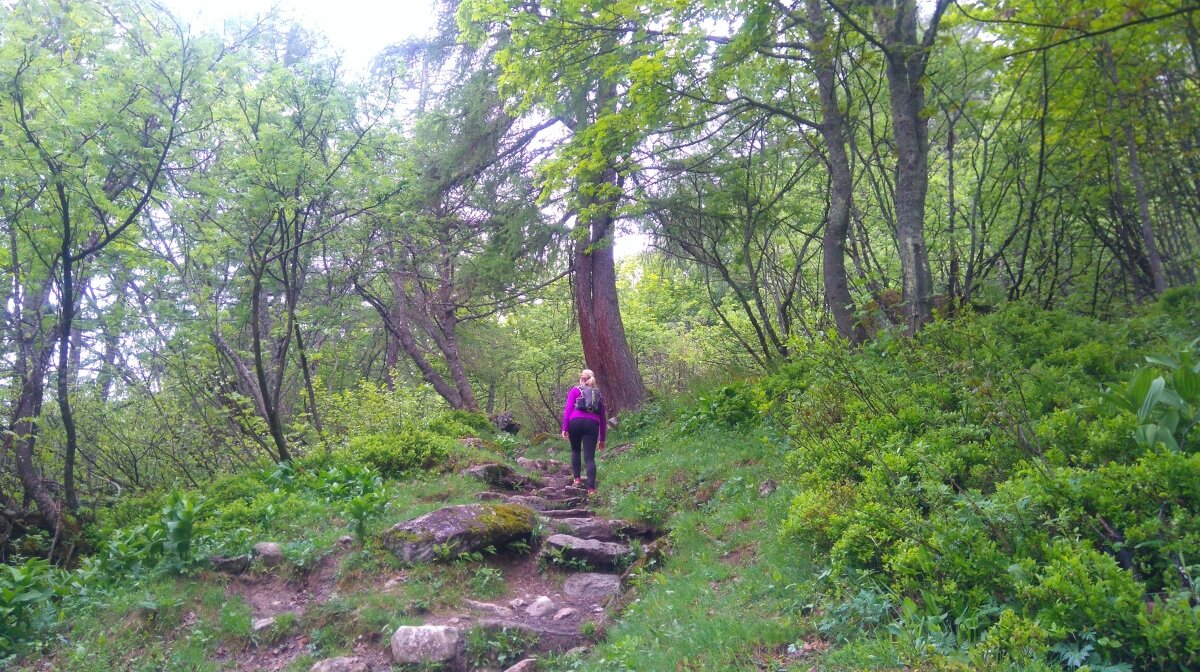 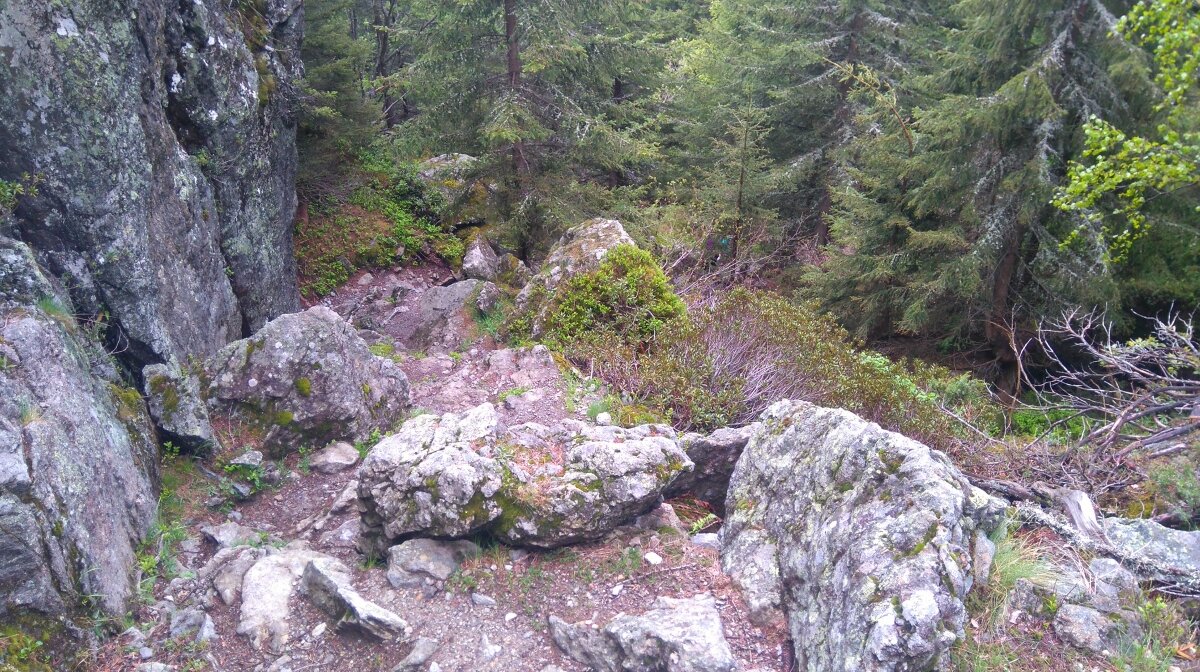 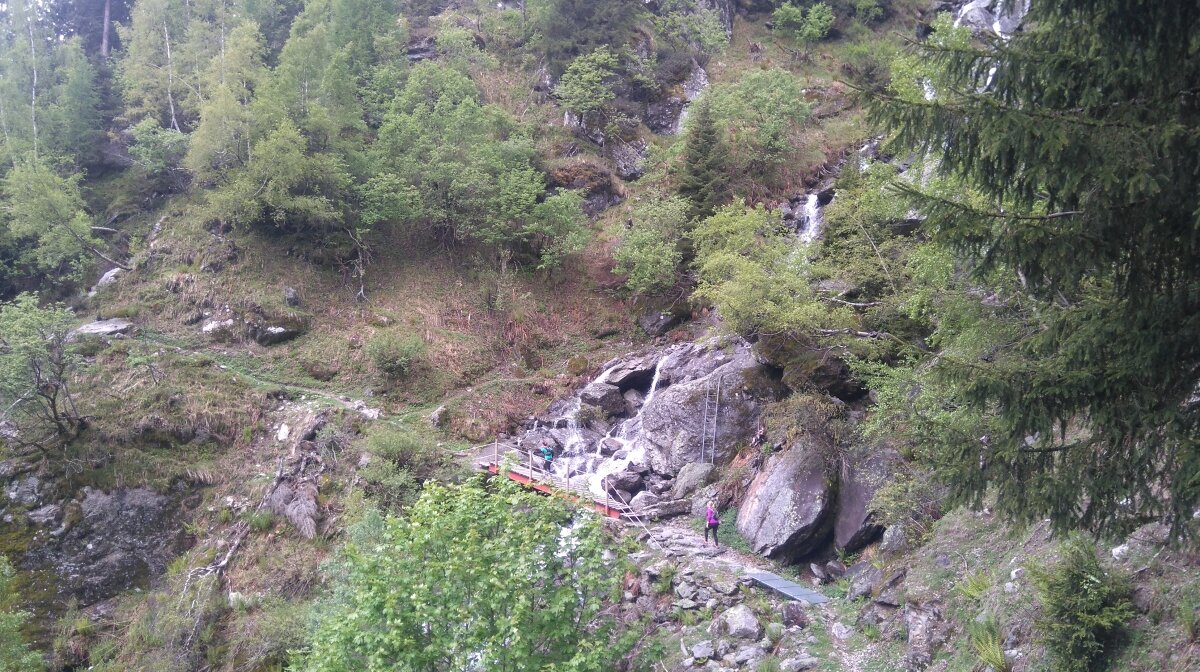 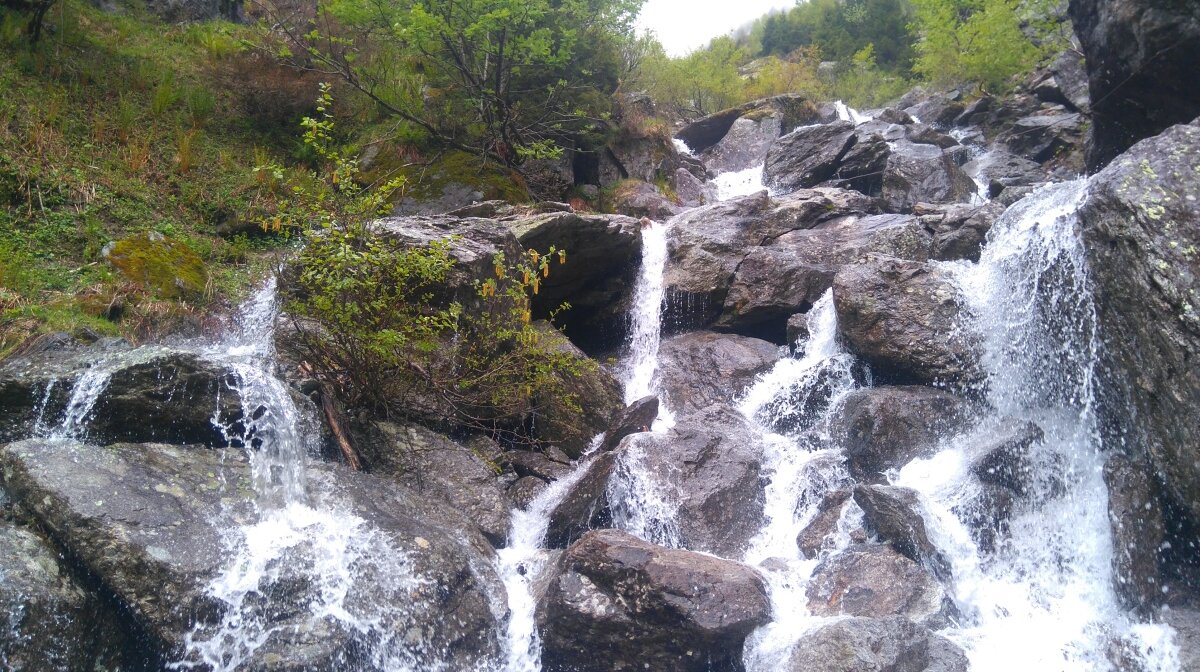 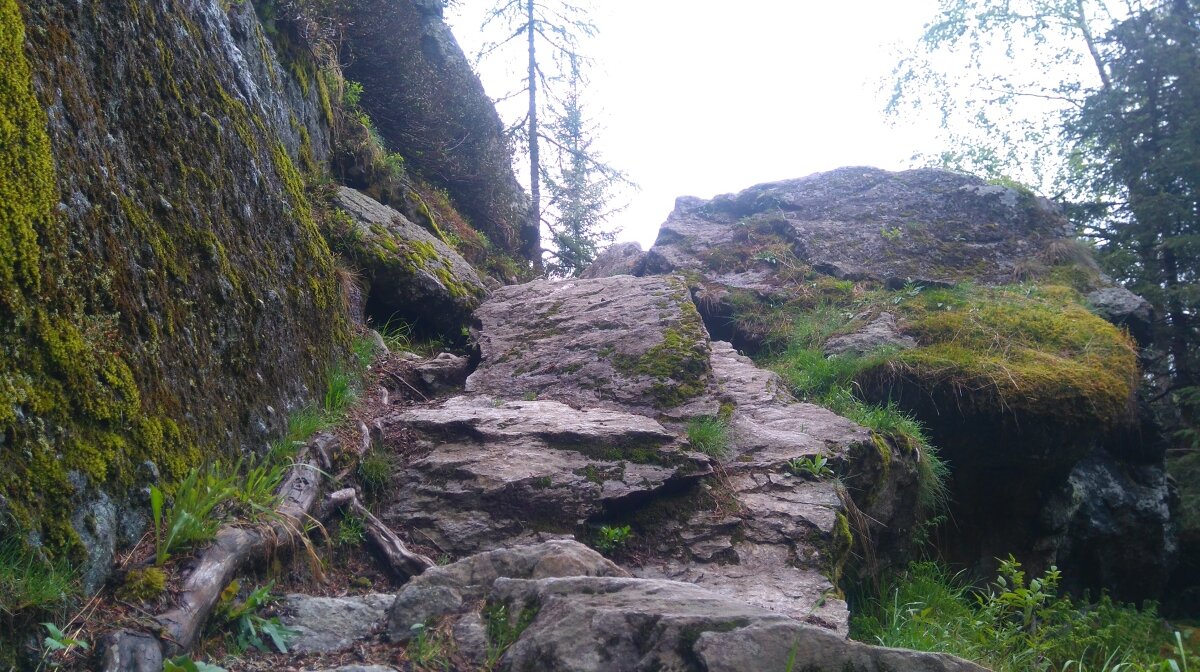 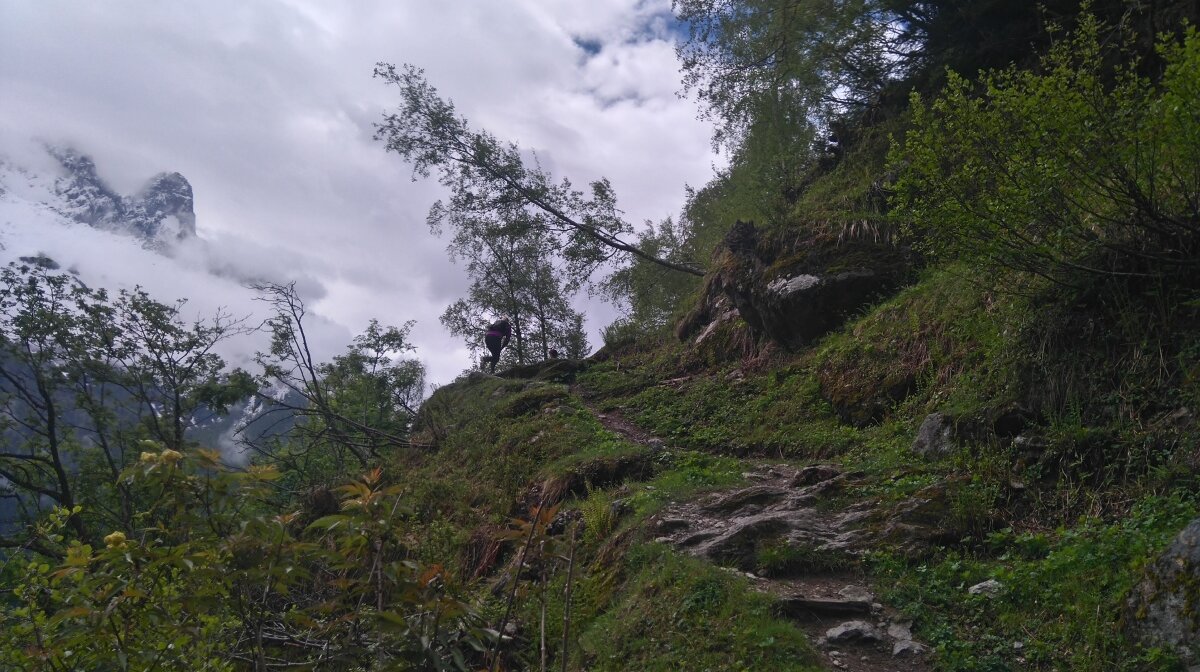 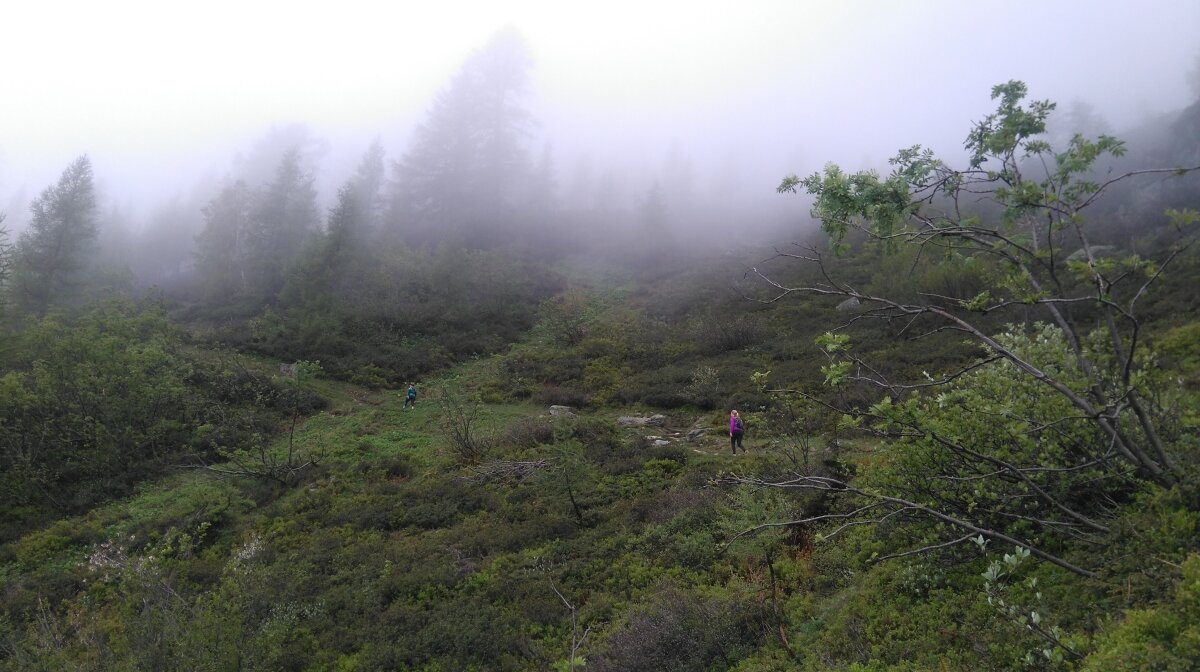 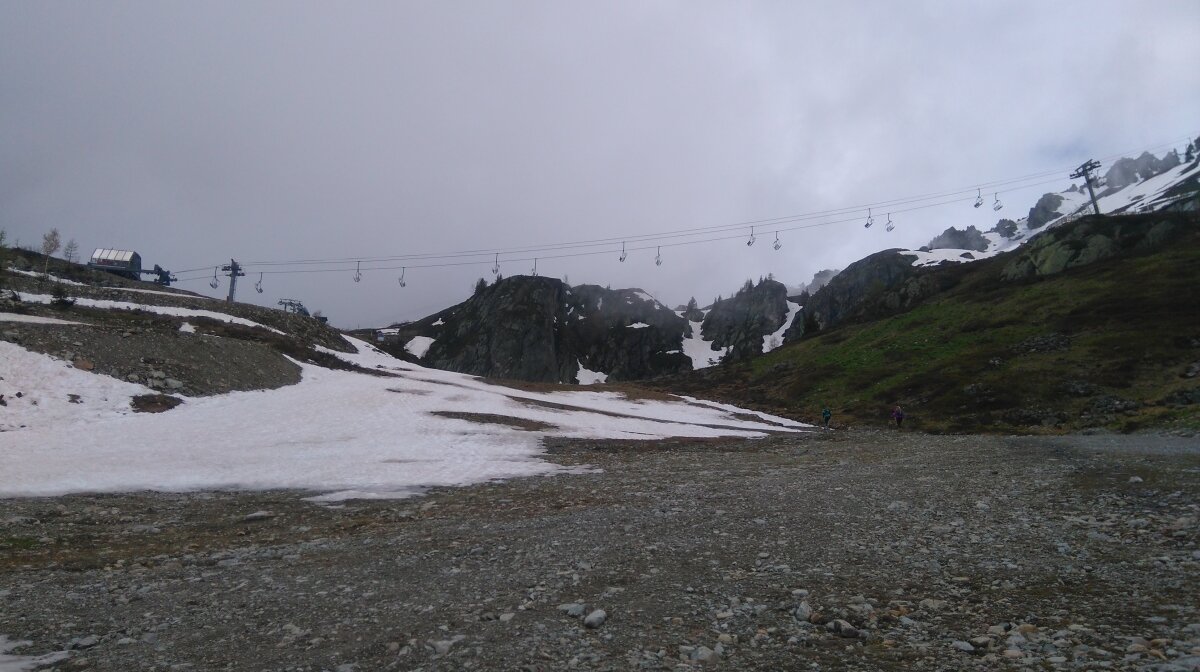 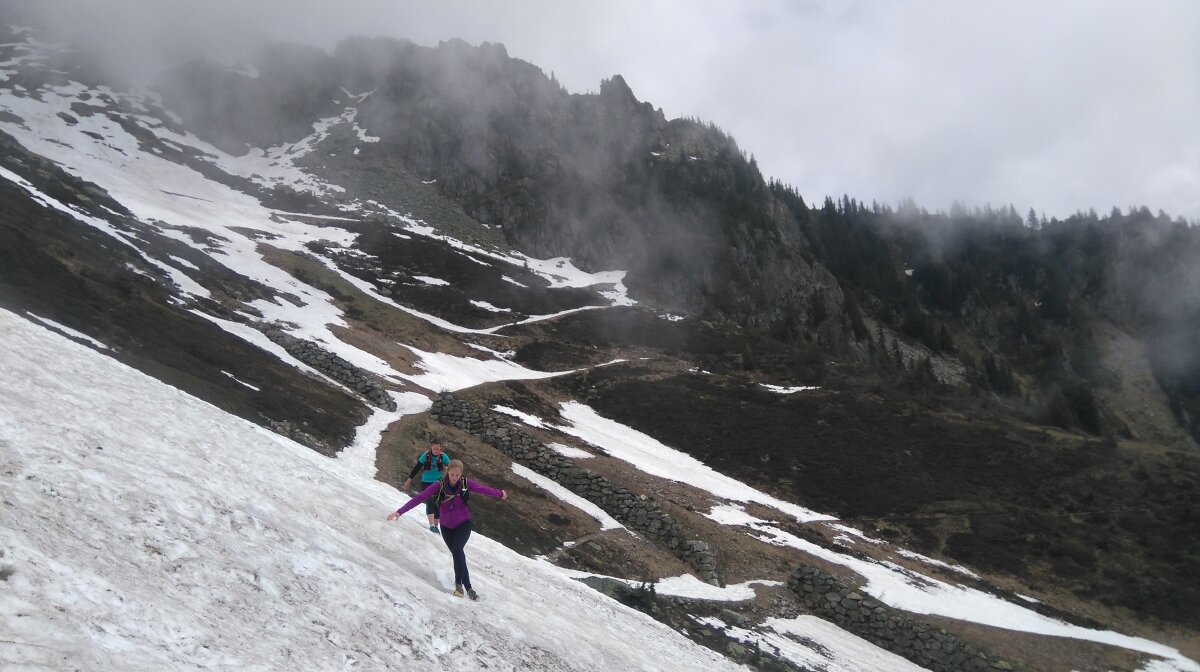 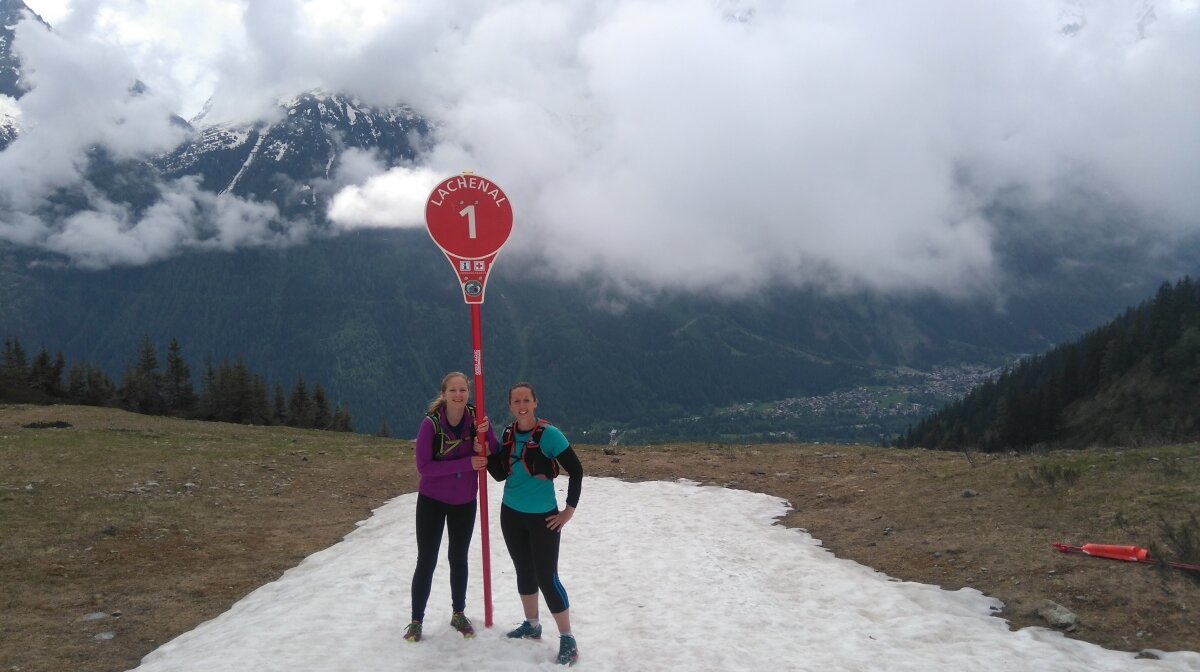 With just 3 weeks to go until race day (eek!) we’re now ramping up the training sessions before the inevitable taper. A few of our group are running the Cross du Mont Blanc for the first time this year and the course has changed slightly since I last attempted it, so it seemed like a good chance to get in a long training run and check out the route at the same time.

Setting off from the parapente field just past the sports centre, the air was cool and damp this morning as we headed through the Bois de Bouchet and under the road towards the Desert Blanc. Once you’ve swung a left at the far end of the Desert Blanc the route starts to climb up towards Lavancher; a fairly gentle gradient to start with as the path winds through the pine forest.

Once at Lavancher there’s a lovely descent through the village and then a gentle climb up through a couple of meadows, which by the end of June are usually resplendent with colourful flowers and long grasses. After this there’s a nice rooty section before the path narrows into a springy undulating track with a fairly steep drop to one side. The pace usually slows down significantly here and there’s not much scope for overtaking, so if you have a race strategy it should start with not getting stuck too far back before you hit this bit!

From here it’s a nice trot along the Petit Balcon Nord towards Argentiere and then a sharp right just before you reach the village to begin the climb up to Le Planet - this bit is new to me and definitely adds a bit more oomph to the first half of the course. The trail up is pretty steep in places, gaining around 100m elevation in under half a kilometre before dropping back down again past some fields of cows and horses to Montroc, where we follow a small road down to the bridge that runs alongside the train station. If you’ve got friends or family supporting you then this is a great place for them to wait to see you come past - it’s also a good photo opportunity with Mont Blanc in the background!

From here we take the little path that hops over the train tunnel over to Tre-Le-Champ, where the aid station beckons. Now, aid stations in France are possibly less high-tec than in other places, but they are significantly more tasty. You’ll find no gels, goos or energy tabs here - but if you fancy a bit of local cheese, saucisson and chocolate then you’re in luck. The French sacrifice their culinary habits for no one and it wouldn’t surprise me if they have an emergency barrel of red wine under the table for anyone looking a bit peaky. Make the most of the aid station and ensure that you have enough water and fuel to power your way through the second half of the race.

Crossing over the Col des Montets, we head up, and then up some more, and then a bit further up in another cheeky little climb that they’ve snuck in since I last ran the course a couple of years ago. After climbing around 300 metres in little under a kilometre and a half, we drop back down again almost by the same distance, along a horribly rocky trail that my little legs struggled to cope with. There were a few undignified scrambles and bum slides to get down the steepest bit.

The last push is the final and biggest climb of the race - the long slog up to the aid station at Flegere at the 18km mark, where you can grab some last minute refreshments and congratulate yourself at having reached 1865m and nailed the majority of the race. Now that you’ve climbed the heights of the Grand Balcon Sud, the undulating trail across to the finish line at Planpraz will be a breeze. There’s a bit of a sketchy clamber down a steep little staircase but it’s already been equipped with ropes and handrails.

We were hoping to recce the course in its entirety but, alas, snow stopped play. Yes, there’s still a fair bit of it up there but hopefully the next three weeks will put paid to that. There’s a heck of a lot less than there was three weeks ago, so I’m optimistic that it’ll all be clear by race day.

We got about maybe about a quarter of the way across and had to abandon ship due to none of us being able to stay upright on the steep snow-covered mountainside, so we skidded down to the Flegere home run and ran back to Chamonix via Chalet Floria instead. On the whole, the trails were in great condition until we hit the snow line. It started just beneath the Chavanne chairlift but was quite manageable until we got onto the final traverse.