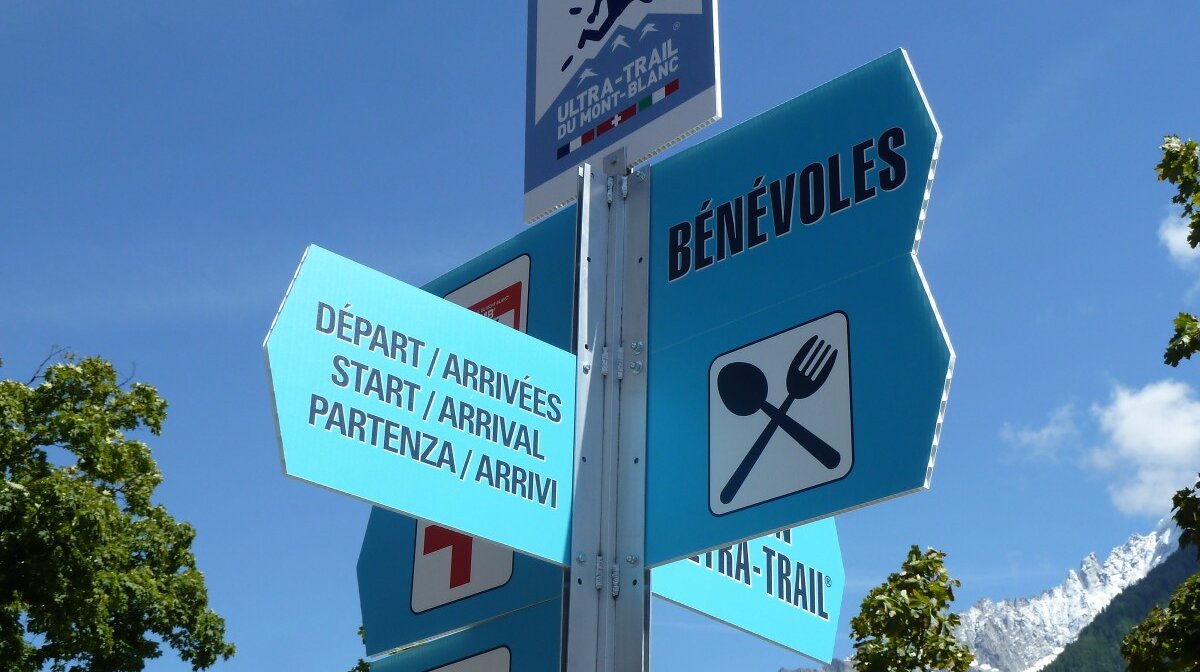 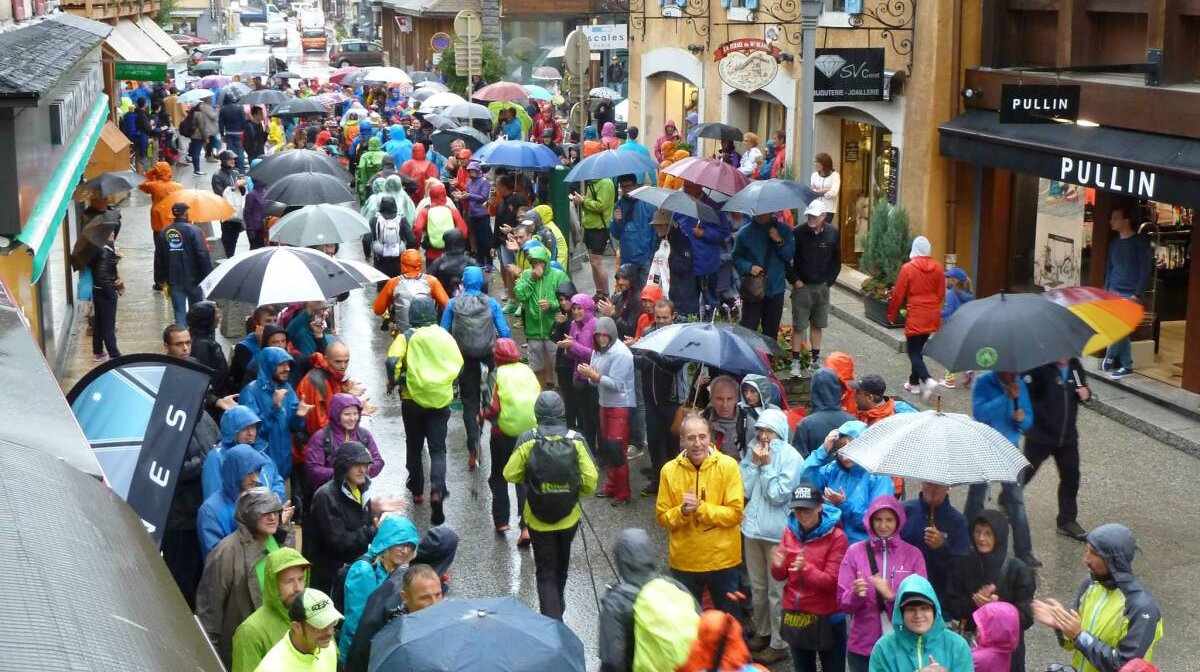 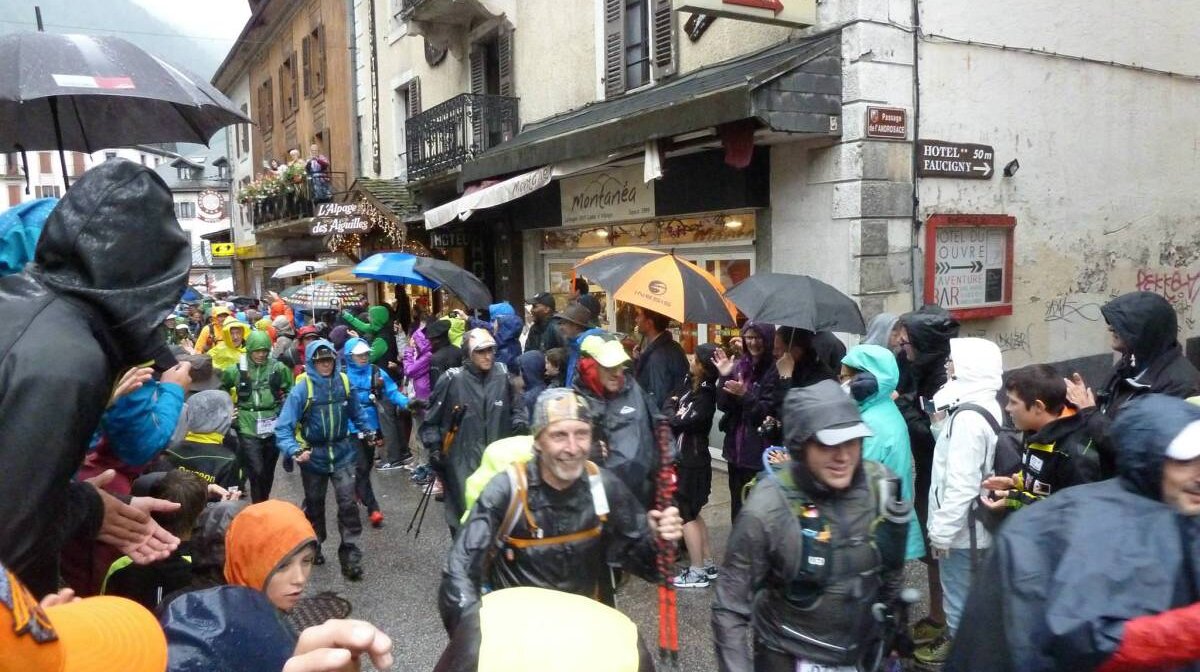 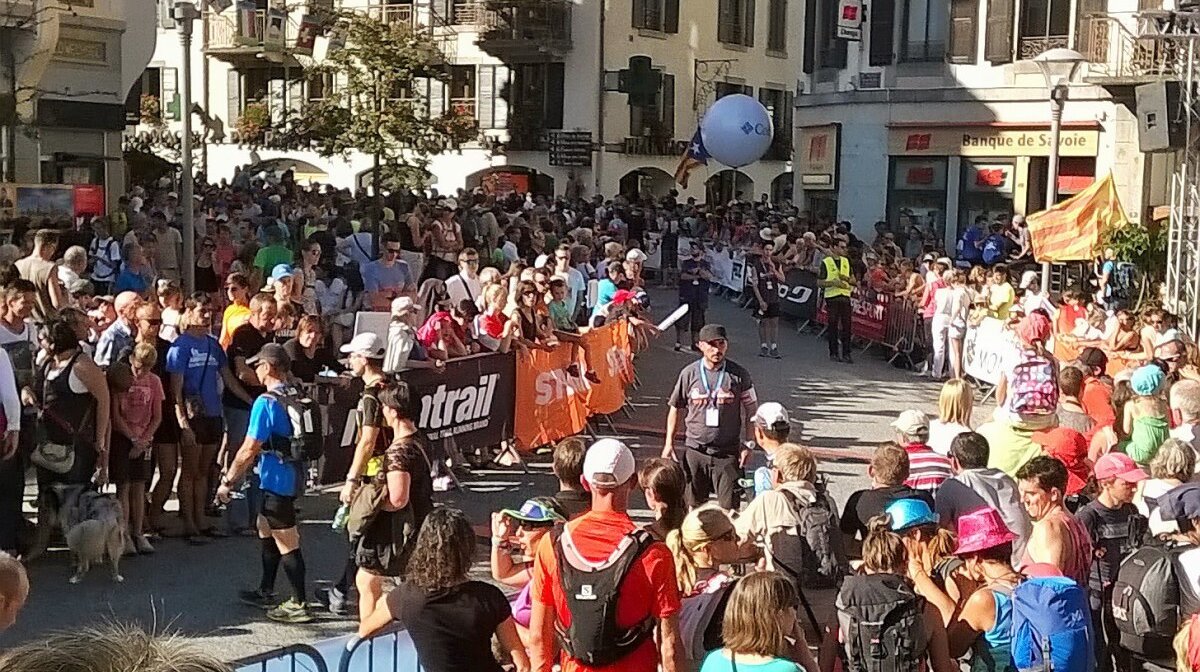 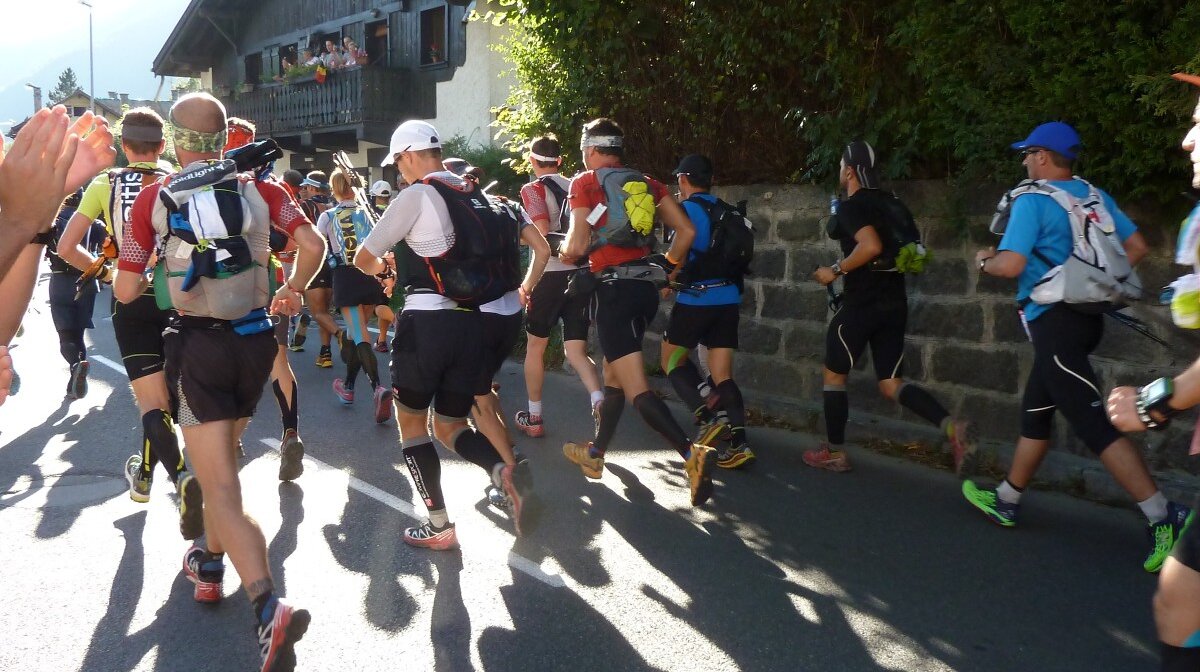 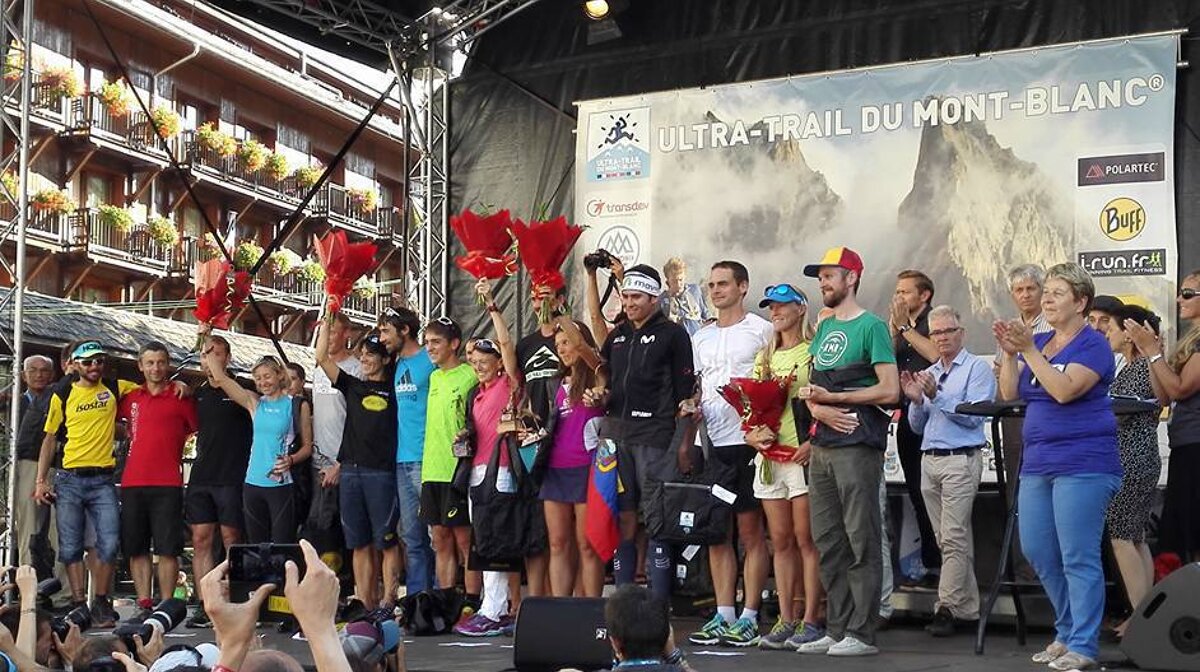 The PTL leaves amongst a corridor of umbrellas

Before the main event...

By 10:15 on Sunday morning, more than 4000 runners had finished one of the four scheduled races for the UTMB week in Chamonix, under bright sunny skies and a full moon that lit up each and every night.

Only 734 runners had finished the UTMB® at this point (Sunday morning), an event during which the extremely warm temps forced many competitors to drop out. In the end over 1600 of the 2563 runners that began on Friday evening completed the race.

Frenchman, Xavier Thévenard, was able to deal with the hot weather. to win his 2nd UTMB® with a time of 21:09:13, ahead of Spaniard Luis Alberto Hernandez (21:57:17) and American Dave Laney (21:59:42). The young athlete from the Jura Mountains joins the ranks of the other two-time winners, Italian Marco Olmo (2006/2007) and Frenchman François D'Haene - the defending champion who was absent this year. Three-time winner, Kilian Jornet, is only one step ahead.

Comfortably in the lead by La Fouly (km 110), he stayed out in front and never let up. "When I think about my race this year, it felt almost exactly like my race in 2013, both the circumstances and the weather. The difference is that this year I didn't worry too much about my opponents, concentrating only on my time. I had set specific split times for the entire course, and focused on hitting them in order to run my race." Several of his main rivals, such as Castaner, Chorier, Canaday, and Heras, dropped out, leaving the Frenchman to run to his second win in Chamonix.

The women's race saw another spectacular French victory. Nathalie Mauclair, two-time world trail running champion, two-time winner of the Grand Raid in Reunion, enjoyed her first win at the Chamonix event. Motivated by Nuria Picas' (ESP) early drop out, Nathalie ran a significant portion of the race with Caroline Chaverot (FRA) right on her heels, until the latter was forced to drop out in Vallorcine due to cramps. Following Karine Herry's victory in 2006, Nathalie Mauclair is the second Frenchwoman to win the l'Ultra-Trail du Mont-Blanc®, at 45 years old, in a time of 25:15:33. "How simply wonderful," said the nurse from Sarthe when she crossed the finish line. "Given the race profile, I didn't think that I would be able to win. The atmosphere was fantastic all throughout the race. It felt like the Tour de France. It was a magical experience and I was carried along by cheering from both spectators and volunteers." Just over one-hour later, Spaniard Uxue Fraile Azpeitia finished in second place, and Swiss Denise Zimmermann finished in third, 2 hours and 18 minutes behind Mauclair.

In the 2015 CCC®, the America's flew their flag as Zach Miller and Time Tollefson took first and second place respectively. The two men ran alone, holding off third place finisher Nicolas Martin's strong comeback."There was never a point in the race when I felt truly at ease," said Miller, after an incredible sprint to the finish line."Nico Martin put me on the defensive; I know that in Europe most runners are really comfortable going downhill and I was afraid that he might overtake me. But my legs felt much better after the last aid station, which allowed me to hold on."

Last Thursday, saw the second edition of the OCC (Orsières-Champex-Chamonix) ultra take place. Catalonian Marc Pinsach Rubirola triumphed over the 2015 Trail World Champion, Sylvain Court. The Spaniard won in a time of 05:21:38, with only a 1'45" lead over Court, who entered the race to become more familiar with Chamonix's surroundings, where he hopes to spend more time over the next few years in order to take on the UTMB®. The women's race was even closer, with the top three runners finishing within 50 seconds of each other. Célia Chiron won in 06:41:53, in front of Cécile Lefebvre (06:42:19) and Caroline Benoît (06:42:43).

If we can cast our minds back to Wednesday we will remember the start of the TDS®. The predicted French/Spanish podium finishes went as expected, with an exciting victory by Catalonian Pau Bartolo, who led the race from start to finish. After winning the 2014 CCC®, only a UTMB® victory remains for Pau to become the second person to win all three races, following Xavier Thévenard's triple feat.

First for the women, Andréa Huser ran the perfect race and in addition, having finished 13th overall in just 16hrs 35 min., she now holds the women's record for the course.

And going back even further to that miserable and wet start to the incredible PTL® race; an endurance race with a difference, as teams must spend a gruelling six days out on the course. In a masterful finish on Friday afternoon around 16:00, the Belgian couple Stephan Bero and Isabelle Ost, team "Shooting Stars," celebrated their victory and 118-hour effort with a glass of "Celeste," the famous Belgian beer. The large crowd gave a round of applause for the couple following their 4-day and 4-night adventure (300 km and 26,000 m of vertical gain).

With some 7500 runners over the week the people of Chamonix, residents, tourists, family, friends and supporters, were treated to a fantastic week of entertainment and many great memories for everyone involved. I suspect that as some will be recovering, others will already be waiting by their computers for registration to open for the UTMB 2016!

For the complete results for the event, go to: http://utmb.livetrail.net/