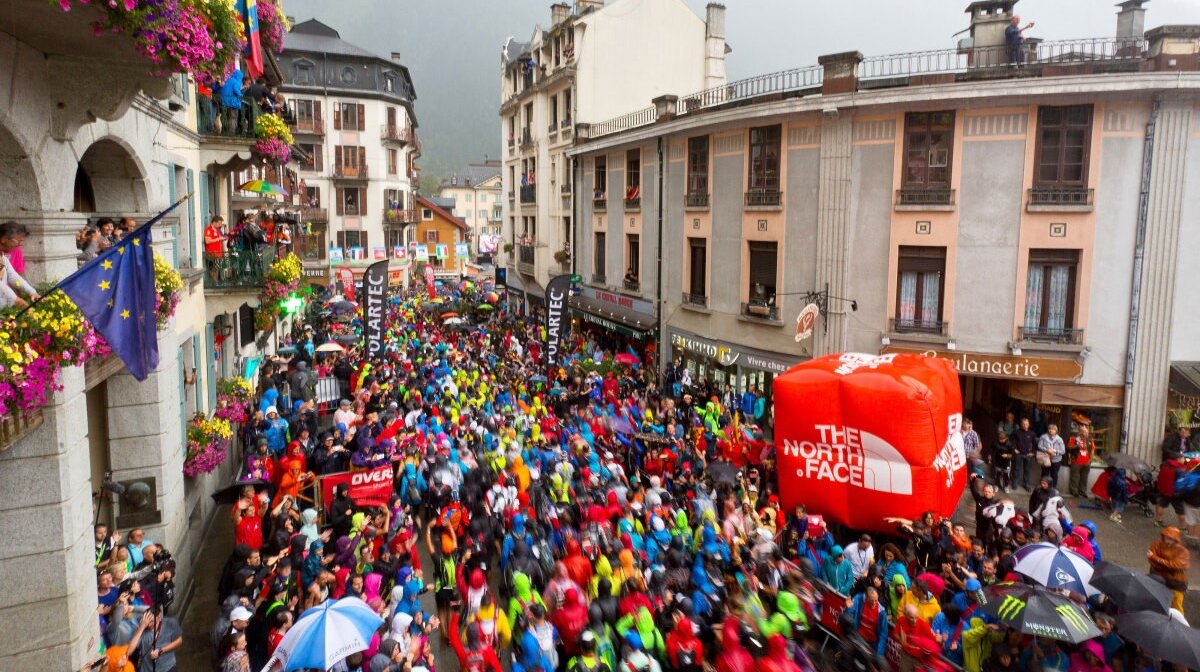 With registration for the 2016 Ultra-Trail du Mont- Blanc® opening in just under a week, the organisers have taken this opportunity to unveil their new image. Gone is the unwieldy full name, to be replaced by the somewhat snappier abbreviation of UTMB.

The shortened version is already commonly used by those in the trail-running community, and the new logo reinforces the official change to the new public image.

The fresh new design still features the same sprightly little chap bounding across three mountain peaks that symbolise the three countries of France, Italy and Switzerland. Rather than being framed in a square, the image is now inside a rounded pebble shape that was inspired by the smooth granite boulders that lie in the river beds of the Mont Blanc valley - they symbolise the UTMB’s commitment to the protection of the environment.

Additionally, the colour scheme has become more vibrant with bright blue depicting the sky and the glaciers, and golden yellow representing energy and human values.

Finally, the words Ultra Trail du Mont Blanc have been replaced by UTMB Mont Blanc; the overall effect is simpler and more identifiable. UTMB organiser and director Catherine Poletti summed up the change by explaining, "we wanted to continue being a benchmark event within the universe of trail-running combining in the same human adventure a big diversity of players: the runners of all levels and those accompanying them, the volunteers, the organisation, and all our partners! This new name and new logo express this shared energy and vision of the future without borders".

Having long been associated with The North Face, the UTMB also has a new partner in Columbia, who came on board last year and are proud to be presenting the race again and to “connect active people with their passions”. The UTMB® also welcomes OutDry® as a new partner; OutDry® alongside the existing brand partners of Columbia, Mountain Hardwear and Montrail®.

The change in name and logo reflects the fact that the UTMB® has evolved over the last ten years to become a much bigger and more international event proposes. During the course of one week it encompasses five ultra-long and ultra-challenging races around the trails of the Mont-Blanc valley and beyond. The events brings together over 7500 runners representing 87 countries, of all ages and from all walks of life. Mini ultra trails for children as young as 3 years and the #YCC for 16 to 22 year olds have brought the younger generation into the trail running fold.

The UTMB works in conjunction with international medical and scientific researchers to further knowledge of the effects of endurance sports, and the salon that accompanies the event each year attracts the largest outdoor brands and trail-race organisers from all over the world.