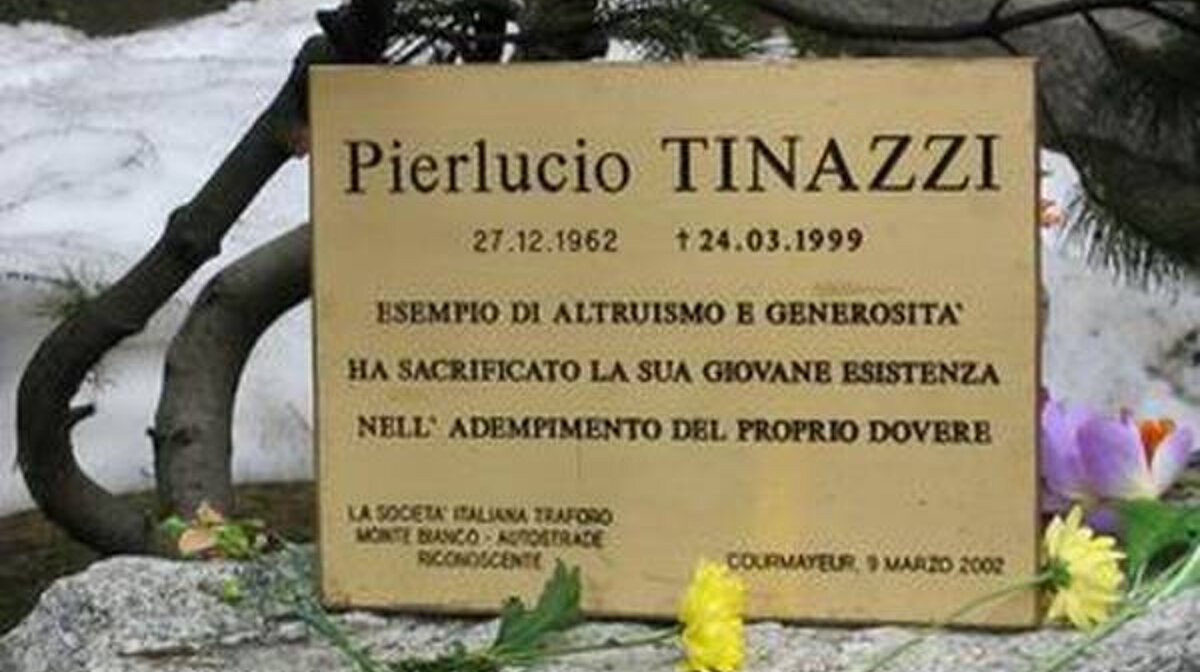 Wednesday 24th March was the 11th anniversary of the fire in the Mont Blanc that claimed 39 lives back in 1999; the official memorial service was held on Saturday 27th March.

Amongst those who came to remember the dead was around 1000 motorcyclists. They had come to remember one victim in particular, Pierlucio Tinazzi.

Tinazzi was an Italian security guard working at the tunnel on the day of the fire. His job was to patrol the tunnel on a motorbike, keeping traffic flowing smoothly and dealing with any disruptions. Tinazzi was on duty when the fire alarms sounded and he immediately set off into the tunnel carrying breathing equipment on his BMW K75 motorbike.

Tinazzi came across people trying to flee the tunnel and he advised them to stay low and close to the wall, where fresh air was being pumped in by ventilation ducts. He then continued deeper into the smoke and fire to search for survivors.

Many people had already died due to smoke inhalation and noxious fumes, but Tinazzi continued searching. Anyone he found alive was put over his motorbike and driven to safety. Tinazzi made 5 journeys into the tunnel, refusing to give up on the trapped victims.

On his fifth trip he found French truck driver, Maurice Lebras. Lebras was alive but unconscious and Tinazzi could not get him on to the bike. Rather than abandon him, Tinazzi dragged him into a fire refuge and closed the door on them both.

The fire doors of the refuge were designed to withstand heat for up to 2 hours. However, the fire raged for 56 hours and was so intense that Tinazzi's motorbike melted into the ground nearby.

Tinazzi and Lebras died inside the refuge, but it was due to Tinazzi's incredible bravery that 12 people survived the tragedy.