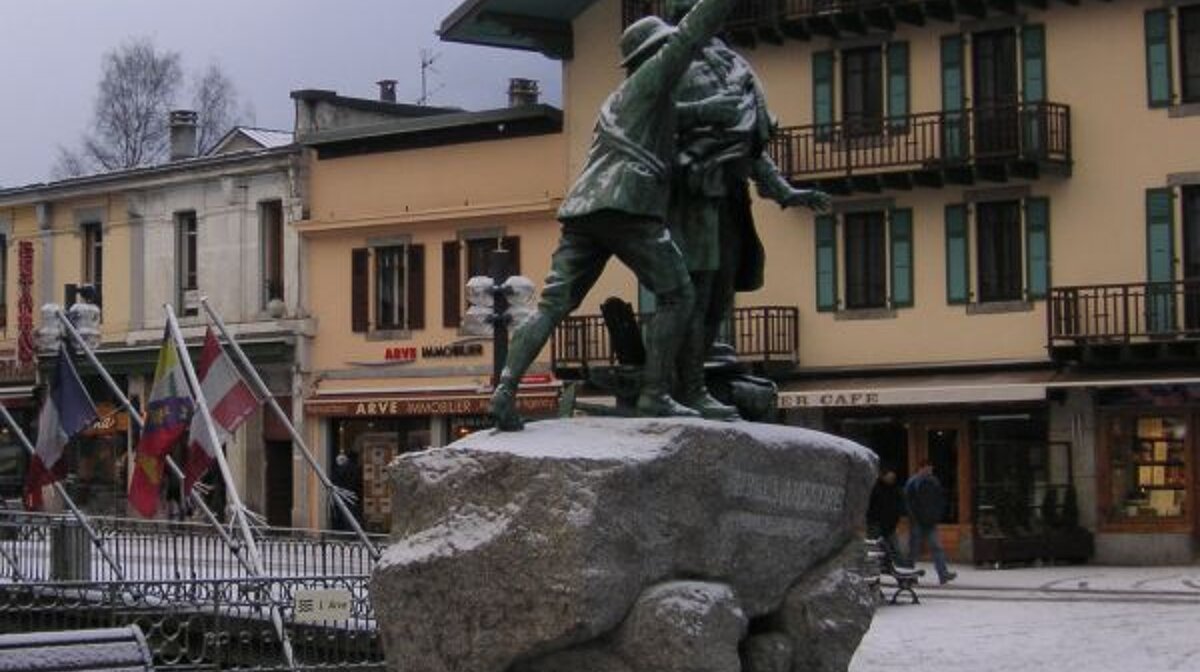 The earliest recorded forays into the mountains above Chamonix were by Crystal hunters. For most other people there was really no point – few people had any leisure time ! But the Victorian Age was an age of invention and exploration. People wanted those remote places explored and mapped, and the mountains were no exception.

In 1760, Horace Benedict de Saussure from Geneva offers a reward for any man who can stand on the summit of Mont Blanc. There were several unsuccessful attempts in the ten years that followed, but each time the parties were unwilling to stay out overnight believing that it was impossible to survive a night in the snow.

Then in June 1786, a team set off hoping to make the top. They turned back when the sky clouded over, but one of the group, a young crystal hunter, was left behind. Jaques Balmat had left the group to look for crystals in some rocks, and when he returned the group had gone. Alone at 4,000m he started to descend on his own but was caught by the storm and forced to spend the night on the glacier sitting on his rucksack. The following morning he returned to Chamonix and an idea was born – you could plan to stay out overnight!

Local doctor, Michel Gabriel Paccard heard of the bivouac and decided to team up with Balmat for a summit attempt. Paccard was a skilled mountaineer, but Balmat knew the mountain well and as such they made a strong team. Paccard was keen to take a barometer to the summit and was not driven by the thought of the reward for summitting. His was a dream of science whereas Balmat’s was a dream of riches. On the 8th of August 1876 they reached the top, and Alpinism was born.

Over the following years the Golden Age of Alpinism was in full swing. At the time of the Mont Blanc Ascent all of the other peaks in the Massif (except the Midi) were unclimbed. In 1857 The Alpine Club was formed and thus became the first mountaineering club in the world. Its members included the likes of Edward Whymper who claimed a huge number of impressive first ascents, often in the company of local guide Michel Croz.

As more and more of the peaks were climbed, a new trend appeared, to climb different routes on the same peak. And so it continues……