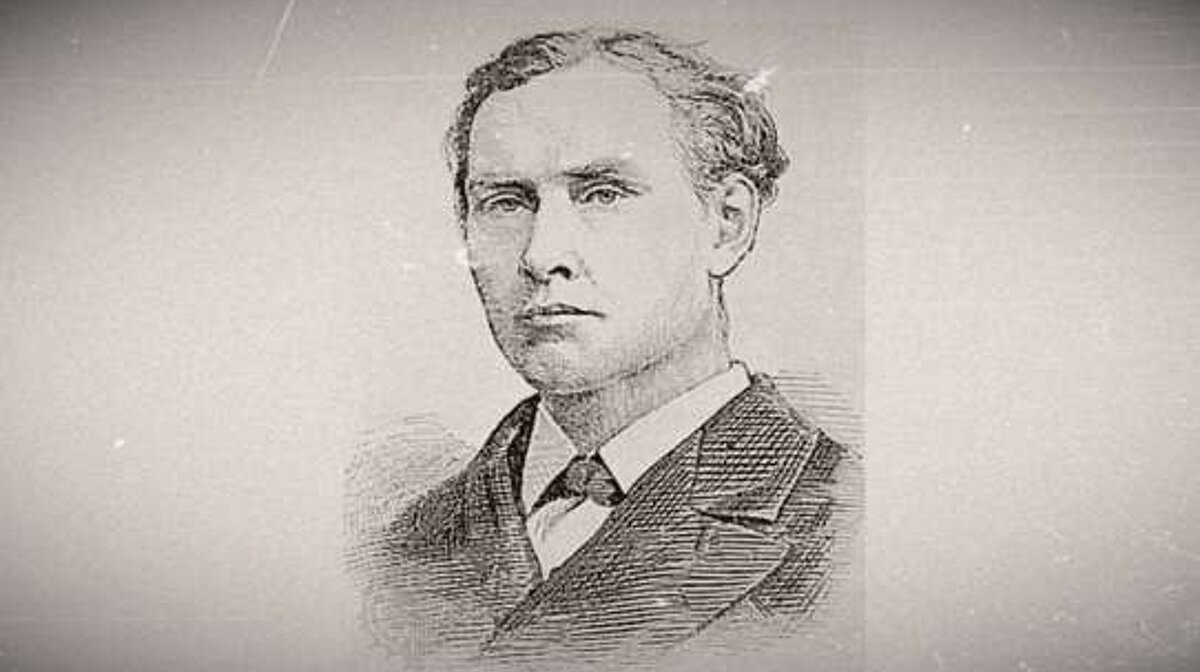 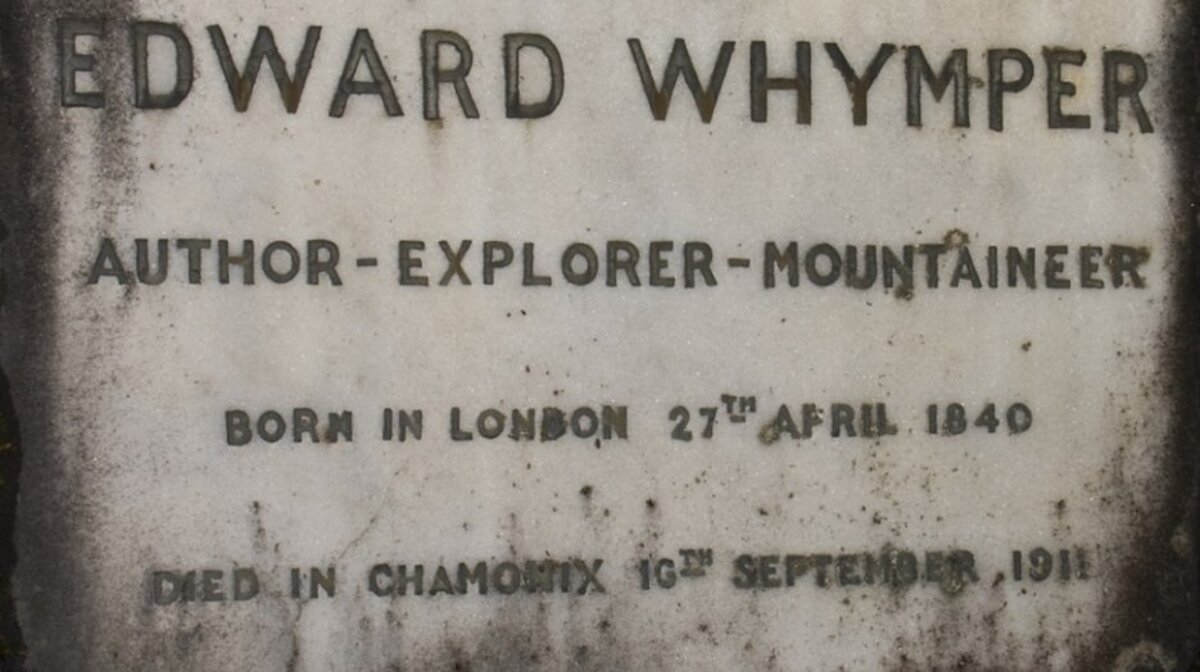 The year 2011 marks the 100th year commemoration of the death of the British explorer Edward Whymper. The famed mountaineer climbed many of the world's most treacherous summits. He was the first to ascend several of the highest peaks in the Alps, the Canadian Rockies and the Andes. But it was his Matterhorn triumph and the subsequent tragedy that befell his party that he is most known for.

Edward was born the son of an artist in London, April 1840. He was trained to become a wood engraver to follow in the steps of his older brother the noted illustrator and explorer, Frederic Whymper.

At the age of 20, Edward received a commission to make a series of sketches of Alpine scenery and undertook an extensive journey in the Central and Western Alps.

"I had only a literary acquaintance with mountaineering, and had not even seen- much less set foot upon -a mountain"

The objective of his commission was to illustrate the mountaineering efforts for a Professor Bonney who was attempting to scale Mont Pelvoux. The mountain at that time was believed to be the highest peak in the Daughin Alps. Unfortunately the trip ended in failure for the Bonney contingent.

But the failure provided Edward with the inspiration to make his own attempt at Pelvoux, despite his lack of climbing experience.

"As if by mere chance I fell in with a very agreeable Frenchman who accompanied this party, and was pressed by him to return the assault. In 1861 we did so with my friend Macdonald and we conquered"

The conquest of Pelvoux now convinced him to become an explorer first and an illustrator second. Flushed with his recent achievement he then laid plans to add more Alpine peaks to his mountaineering resume.

Between 1860 and 1864 he lead dozens of expeditions within the Alps that vastly contributed to the understanding of the local topography.  He completed the first assents of Barre des Ecrins, Aiguille d'Argentiere and Mont Dolent in 1864 and in 1865, Aiguille Verte, Grand Cornier and Pointe Whymper (Grands Jorasses, Chamonix), the latter named in his honor.

But during this period he became obsessed with the Matterhorn, at that time a mountain thought to incapable of human attainment. During the 1860's Edward made seven unsuccessful attempts to discover a route to the top with his friend Jean-Antoine Carrel.  However each failure brought him new insights about the mountain and only served to fire his desire to add the Matterhorn to his growing list of accomplishments.

In July of 1865, he assembled a group of alpinists to make yet another attempt on the peak. Edward's team of seven consisted of three Englishmen-Lord Francis Douglas, Douglas Hadow and Charles Hudson, French climber Michel Croz and two Swiss guides, a father and son tandem both named Peter Taugwalder.

The British climber Douglas Hadow was the least experienced among them and this would factor into the event that would forever haunt Whymper to his dying day.

The group left before dawn on July 13th and several hours later they arrived at the base of the peak heading for the east face. By noon they reached a height of 3,380 meters and Whymper called for a halt to the day's ascent and here they bivouacked for the night.

The following morning, July 14th they set off at sunrise and later decided to alter their course after encountering a near vertical wall. They moved to the more accommodating north face, where they carefully negotiated their way up to the summit. Finally 200 feet from the top, the slope eased and Whymper and Croz untied themselves from the rope and scrambled to the top.

"At 1:40 p.m. the world was at our feet, and the Matterhorn was conquered"

The group celebrated atop the mountain before starting their triumphant return.  Michel Croz led the way, followed by the three Englishmen- Hadow, Hudson and Douglas -in that order. The father and son team was next in the fifth and six positions with Whymper in the rear.

The seven were roped together and as they worked their way down, the inexperienced Hadow suddenly slipped. His forward motion sent him into Michel Croz and their combined momentum dragged down Hudson and Douglas.

Seeing the calamity unfolding before them, the Taugwalders and Whymper grabbed some nearby outcrops in a desperate attempt to arrest the fall of the four men. The rope tightened, tugged violently and then suddenly snapped.

Croz was heard to scream "Impossible!" as he sped forward.

Whymper later described the event:
"For two or three seconds we saw our unfortunate companions sliding downward on their backs and spreading out their hands endeavoring to save themselves; then they disappeared one by one and fell from precipice to precipice into the Matterhorn glacier below, a distance of nearly 4,000 feet in height"

At only 24 years of age the tragedy would affect Whymper for the rest of his life.

"Every night, do you understand, I see my comrades of the Matterhorn slipping on their backs, their arms outstretched, one after the other, in perfect order at equal distances-Croz the guide, first, then Hadow, then Hudson, and lastly Douglas. Yes, I shall always see them..."

Despite the tragedy Edward went on to other great achievements around the globe which earned him recognition from the British Royal Geographical Society. He discovered rare fossils in Greenland, scaled Chimboazo in the Andes and several peaks in Canada. He also published many books about his wanderings including Travels Among the Great Andes of the Equator, Chamounix and Mont Blanc and Zermatt and the Matterhorn.

But his most famous book was Scrambles Amongst the Alps. It includes over 80 of illustrations (many of which are Edward's) and a detailed account of his experience in the Alps from 1860-1869. His advice is one for the ages and has application far beyond exploration:

" Do nothing in haste; look well to each step; and from the beginning think what may be the end".

Edward Whymper died at the age of 71, most appropriately shortly after his last climb in the Alps. He is buried in Chamonix, France.