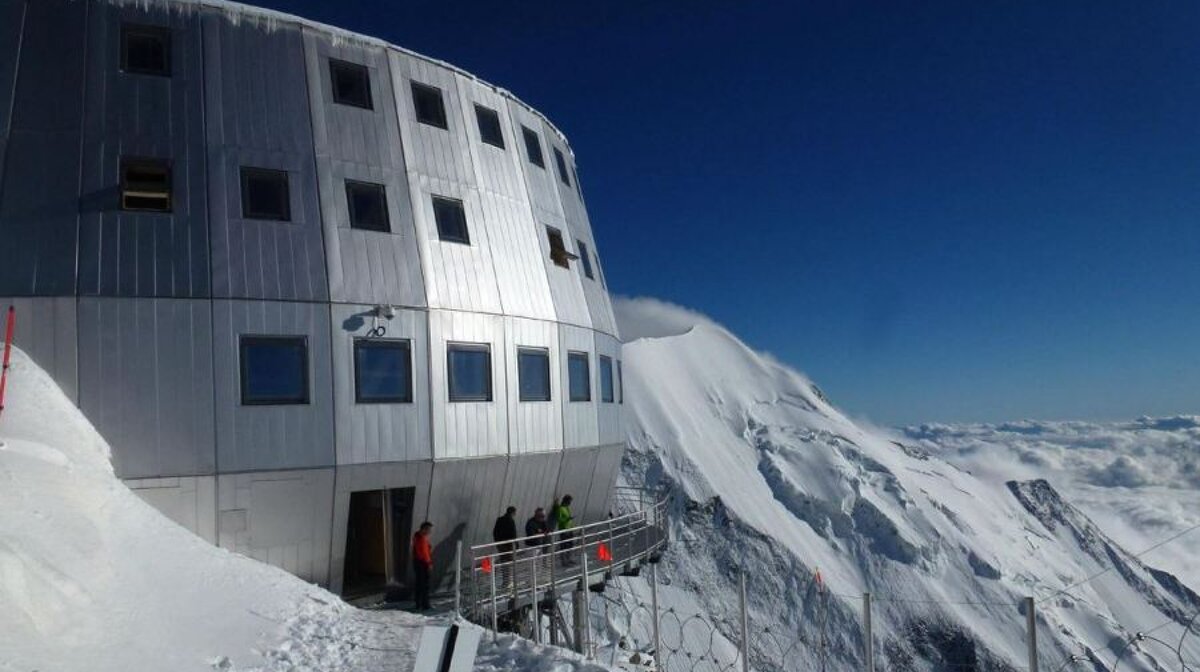 The FFCAM (La Federation Francaise des Clubs Alpins et de Montagne) who run the renowned Refuge de Gouter, the main overnight stop for those attempting the ascent of Mont Blanc, have announced that despite attempts to manage the growing numbers of people arriving at the hut there has been a sharp rise in numbers since 2013.

The new Refuge de Gouter which opened for the 2014 season on the 1st of June has space for 120 people, a much needed increase on the old refuge which has now been dismantled. Despite there being more beds available the numbers of people departing each day throughout the summer to take on this iconic mountain by its most popular route are said to be around 400 a day.

A mandatory reservations system was set up in 2013 to help handle the numbers of climbers and alpinists turning up, along with preventative action being taken by the PGHM (Peloton de Gendarmerie de Haute Montagne) who are stationed at Tete Rousse. However, it seems that more and more people are unaware of the rules and are still willing to make the climb up to 3835m in altitude without securing a place to stay for the night. It is strictly prohibited to camp or bivouac in the Mont Blanc area except for at the Tete Rousse where a maximum of only 50 tents are allowed.

The Vice President of the FFCAM, Raymond Courtial, has now said that "Enough is enough! Climbers must take responsibility. You have to respect the rules and it is up to everyone to be informed ahead of time and book on the up to date website: http://refugedugouter.ffcam.fr/resapublic.html "

This information brings to light the need for sustainable solutions to reduce the increasing number of careless climbers and thus the increased risk of security problems on this beautiful mountain.